Prof Michel Hockx is the founder and Director of the China Institute at the School of Oriental and African Studies (SOAS), University of London. Having studied and taught at Leiden University for many years he came to SOAS in 1996 and ever since became a leading expert on, among others, Modern Chinese poetry, the sociology of modern Chinese literature as well as contemporary Chinese Internet Culture. He spoke for YCW in London on 15 April on his latest book, Internet Literature in China.

Young China Watchers (YCW): Before we start to dig into the state of the art on Internet literature in China, what is the story behind your personal motivation towards this topic and the path you took to arrive at the very angle and interest you have today?

Michel Hockx (MH): My previous book, Questions of Style, was a study of Chinese magazine literature from the beginning of the twentieth century. At that time, mass-produced illustrated magazines were a novelty and I was able to show that the introduction of that new medium of publication, and the related printing technologies, brought about a significant change in how literature was produced and consumed. As I was finishing that book, it struck me that a very similar process was taking place in China at the beginning of the twenty-first century. The Internet once again provided a new medium for literary expression and as a result new practices were taking shape. I decided to start following the developments and the rest, as they say, is history.

MH: Internet literature in China offers an alternative to the state-regulated print-based system. To publish on the Internet you don’t need ISBN numbers, which are used in the print system in China as a kind of censoring mechanism. The Internet also allows for much more social interaction in the context of literature, with writers and readers freely communicating and discussing pieces of writing in virtual space. Finally, both in China and internationally, the Internet is the perfect space for practitioners of popular fiction, especially fan fiction. Some of the most popular Chinese Internet writers, for instance Murong Xuecun, have also received international acclaim.

YCW: The Internet triggers thoughts of flexibility and creativity, easy transmission and broad reach but also the fugacity of content. Is the latter a category that you include into your perspective on Chinese Internet literature? Will Internet literature disappear as quickly as it appeared?

MH: Yes that is a very important perspective and one that can lead to some misunderstandings. For instance, in a recent brief review of my book in the Times Literary Supplement, it is suggested more or less between the lines that whenever I talk about works that disappeared from the Chinese Internet, this was probably the result of political censorship. In fact in the majority of cases I discuss, political censorship has nothing to do with it. As you say, online writing is very ephemeral and sometimes it just disappears. The wonderful online poet Dajuin Yao, whose work I talk about in detail, decided one day to stop paying the web-hosting fee and as a result all his work went offline. For someone like Yao, I think this is also part of their aesthetic: they don’t want to create things that last forever. If they did, they would write books.

In my study I have paid a lot of attention to the question of how to make sure that my readers could see the material that I had seen, even if it has by now disappeared. I made extensive use of the Internet Archive Wayback Machine, and in addition I also set up my own archive online. For every footnote where I cite an online source, a snapshot of that source is available in the archive I created. In order to comply with copyright regulations, that archive is not publicly available but readers can write to me to get access for research purposes. Even if things disappear in the future, readers of my book will still be able to see what I saw.

YCW: Does the space that you explore in your research and most recent book on the development of an Internet literature in China see a lot of influence from other cultures, i.e. is Internet literature from your perspective more open to a mix of styles and content than conventional Chinese literature?

MH: Not necessarily. Modern Chinese literature has always been influenced a lot by western literature, and even before the Internet there was a lively “underground” scene where all kinds of things were being written and distributed. The Internet, however, has made all this a lot easier. It has created an infinite number of niches for people to publish their work if they don’t want, or are unable to, go through the print system.

In addition to that, as I said earlier, the Internet has been great for fan fiction communities and other communities interested in popular fiction genres. The business model developed by sites like Qidian (“Starting Point”), where readers can subscribe to long, serialized popular novels in a wide range of genres, is really something new. Although the literature produced on such sites is not very “high-end,” it is remarkable because it represents the tastes of mass readerships and it does so outside the system controlled by the Communist Party, which itself claims to represent the masses. The Party regulators of culture really struggle with this: they claim that the culture they consider “healthy” is what the masses want and need, but unfortunately the masses disagree and are creating their own culture online. 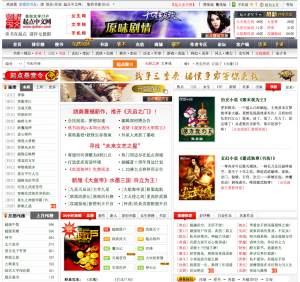 YCW: In your book you find that the control by the Chinese government over content and spreading of Internet literature is a complex and not black and white process. Still, you remark that there is a – albeit changing – ideological bottom-line for the Chinese state. What are some of the demarcations of that line at the moment?

The political bottom-line is well known: whereas criticism of the regime is allowed, any attempts to translate such criticism into real-life action (demonstrations etc.) are taboo.

MH: There is relatively less formal experimentation in China. Genres such as “hyperfiction” or “multimedia poetry” that are darlings of the academy in the West, because they are so avant-garde and new, are less popular in China. The innovations we see in China are more about to do with the interactive aspects of online writing: works that develop on discussion forums and that feature contributions by many different people at the same time, and seemingly go on for ever, never constituting a clear, finalized “text” of the kind that literature scholars like to hold in their hands. In the West there is a lot of interest in online experimentation with so-called “non-linear” writing, i.e. writing that could never be turned into a printed page and that should not be read from top to bottom, line by line. In China, on the contrary, most online writing is “linear” and could in principle be printed, but you would lose a lot of the interactive context if you did so.

In addition, the popular fiction in China, including fan fiction, has found a commercial niche in China. Fan fiction is popular outside China as well, but it is usually not commercial. Fan fiction enthusiasts flock together in online communities where they freely share their work. In China, the most successful such communities have become online commercial publishers, operating outside the state system. They provide a service that the state system, for ideological reasons, is unwilling to provide. 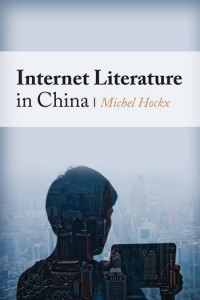 MH: What I really hope to have done with this book is to show people that there are more ways of talking and thinking about the Internet in China than focusing on censorship. It is ridiculous that something like 90% of all English-language scholarly work on the Chinese Internet is about political censorship, ignoring almost everything that Chinese netizens actually really do when they go online. Don’t get me wrong, I think it is very important to study censorship, but it needs to be done on the basis of facts and it needs to be put into a larger cultural context. There is a kind of knee-jerk reaction that people here have, if you mention the Internet and China, they immediately say “Censorship!” I think that knee-jerk reaction is unhelpful and in fact undermines our ability to formulate a clear and sensible critique.