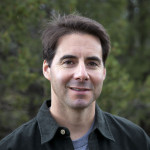 Peter Hessler is a bestselling author and journalist. His first book, “River Town,” recounts his two years spent teaching English as a Peace Corps volunteer at Fuling Teachers College in southwestern China. His subsequent books, “Oracle Bones” and “Country Driving,” detail the everyday impact of China’s transformation on its citizens. Hessler was a freelance journalist in China before becoming the Beijing correspondent for The New Yorker. After a decade in China, he returned to the U.S., where he wrote pieces about life in rural Colorado, Japan, and Nepal. He has recently relocated to Cairo to learn Arabic and cover stories in Egypt.

Young China Watchers (YCW): You’ve moved around quite a bit in your life, from Missouri to Beijing, Colorado to Cairo. How have these locations informed your understanding of the world?

Peter Hessler (PH): For one thing, it’s been a continual challenge. One of my main feelings about writing is that, over time, there’s a risk of complacency and comfort. If I get too comfortable or if the surroundings become too familiar, then I won’t be as observant. I feel like this is part of the commitment to being a nonfiction writer: I have to remain close to my subject matter, but willing to change my environment. I’d like to think that the experience of moving frequently has also helped me sympathize with other points of view. People view the world very differently in China and Egypt and Colorado. My goal isn’t to choose the worldview that is correct; I’m just trying to describe each one accurately.

And I suppose that the simplest motivation was that I always wanted to have an interesting life. When I was growing up in Missouri, I didn’t feel connected to the rest of the world. There were so many places that I wanted to see and learn about. At some level, my adult patterns have been a reaction to that sense of distance that I had as a child.

YCW: During your time as a journalist in China, you were well-known for your series of “slow news” that focused on the ordinary lives of the Chinese. Given foreign media’s increased focus on China’s foreign relations and President Xi Jinping’s corruption crackdown, are the stories of the ordinary Chinese being drowned out?

PH: It’s hard for me to say how China should be covered now, because frankly I haven’t been there very often in recent years. But I think it’s generally true that our reports from China are too focused on Beijing and Shanghai. The interior of the country often has a totally different feel, and priorities are different. My personal feeling is that the overall trajectory of China is more positive than the immediate news would indicate. Whenever I return to Fuling, I’m impressed by how much more worldly and connected they seem. But at the same time there is a more intense censorship campaign by the central government. So these are contradictory dynamics. The important thing is to remember that both can be true at the same time. The government might be more committed to censorship and yet the people might be more aware and informed. It reflects the fact that there are lots of ways to get information nowadays, which wasn’t true 10 or 20 years ago.

In terms of the stories, I think it’s really hard for journalists to write about average Chinese. Stories typically begin with an issue. When I was working there, I usually began with either a place or a character; that story would involve issues along the way, but it wasn’t the defining structural element. But even at The New Yorker I often had trouble convincing my editors that certain stories were worth doing. And I understand why—they have limited space, and they want their China stories to hit the key issues.

YCW: Your books have proved incredibly popular not only in the West but also in China. You have even been described as one of China’s “celebrity authors.” Why do you think your books have captivated the Chinese audience?

PH: I think that many Chinese became educated and confident enough to be interested in a foreigner’s point of view. Traditionally there was a knee-jerk negative reaction to any foreigner depiction of China. But as China’s stature has risen, and as people have become more informed, they are more curious about their own society. They’re thinking hard about where the country is going. So they want to hear a range of viewpoints, including those of foreigners.

Also, it’s quite difficult for a Chinese writer to do the kind of sustained research and writing that’s possible for a New Yorker or National Geographic writer. I was able to stay focused on my projects because the U.S. magazines supported me, and my publisher also supported me. When I researched in Lishui, Zhejiang, for example, I went there almost every month for a period of two years. And that was for a single National Geographic story! It’s a luxury that still isn’t possible for Chinese journalists. But I’m hopeful—there is a huge literary public in China, and as time passes their demands could help create better work.

YCW: After living in China you re-located to Egypt and learned Arabic. How have you seen China impacting the region?

PH: The Chinese presence in the Middle East is not huge. They have a massive presence in Africa, but not so much in the Middle East. It’s basically because the economic opportunities are not as significant, and because it requires more of a military approach. The Chinese don’t want to become a supporter of Middle Eastern military governments in the way that the U.S. is, and from what I’ve seen, this is a smart strategy.

But it also means that their impact is less. Personally, I’ve really enjoyed spending time with Chinese in Egypt because they have such a different perspective from the Westerners. They don’t have a history of colonialism in the region and they weren’t involved in the creation and the support of the modern state of Israel. In many ways the Chinese can speak more bluntly and directly about their impressions of the region. So even though they aren’t shaping the future of Egypt, they provide a fascinating commentary. In my book about Egypt there will be some parts that describe Chinese entrepreneurs, for this reason.

YCW: Do Egypt and other states in the region involved in the Arab Spring of 2010 to 2012 offer any lessons for China?

PH: I think the basic lesson is that these events are very hard to predict, probably impossible. Not many people were saying that Egypt was going to have a revolution in 2011, and maybe it wouldn’t have if not for the events in Tunisia. With the way that information and the media moves these days, it’s possible for things to change very quickly, and an event in one part of a region can lead to a reaction elsewhere.

At the same time, I feel like China is such a different case. I think it’s unlikely for China to have a grassroots revolution, a change that happens because so many people are in the streets. China is more stable and the security state is more effective. I would expect that when a significant political change happens in China, it will be initiated from the top. Perhaps the leaders will respond to public sentiment, the way they did in Taiwan, but it won’t be an Egyptian-style mass street movement.

The other lesson is that change happens eventually. You can prepare for it and facilitate it, or you can maintain an untenable situation the way the Egyptians did, and then find that things blow up when you least expect it. The government there was never proactive; it was simply responding to crises. So the question is whether the Chinese leadership can develop the vision necessary to transition to a more open society, or whether they insist on waiting until some kind of pressure makes it necessary.

YCW: What advice would you give to journalists covering China at the moment?

PH: I suppose my main advice would be to find subjects outside of Beijing and Shanghai, and find ways to cover places, people, and issues long-term. Try to establish yourself in a community or with a circle of people, and report on them over time. There’s nothing better than observing transitions first-hand. You don’t want to always back-report something, to show up after some incident happened and then try to recreate it. This was what I liked the most about reporting in Lishui: After I established myself with the people in the factory, then I could watch them work and interact with each other, and negotiate with their bosses. I felt much more confident about the validity of what I was observing.

The other lesson is to be unafraid to set your own topics and priorities. There’s a tendency in journalism to pursue the same stories that other journalists have pursued. I understand why—it’s efficient and easier to sell to editors. But it’s better to think hard about what you are observing and make a conscious decision about what is worth researching further.

And finally, I think that we still don’t know enough about what happens in factory towns. What are workers thinking? How do they relate with their bosses? Are things changing, and if so, how? These places are far from Beijing and as a result we don’t get enough coverage. But if there’s a way for a motivated journalist to report on these places, it’s of huge value to anybody interested in China.