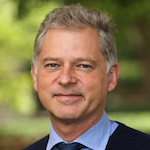 Philippe Le Corre is a visiting fellow in the Center on the United States and Europe at Brookings Institution. His research focuses on China’s foreign policy, Chinese economic diplomacy and soft power outreach, as well as France, Brexit, and the future of Europe. He is a lecturer at Johns Hopkins’ Krieger School of Arts and Science in Washington, DC, and a former adviser to the French Defence Minister. His recent book, China’s Offensive in Europe (together with Alain Sepulchre), was published in May 2016 by Brookings Institution Press. He is also the author of a recent report titled China’s Global Rise: Can the EU and U.S. Pursue a Coordinated Strategy?

Young China Watchers (YCW): You have previously worked for the French government, advised enterprises, and are now a visiting fellow at Brookings in Washington, DC. What are the most striking differences in the approaches between the U.S. and European governments when it comes to investments from China and investments in China?

Philippe Le Corre (PLC): The Obama administration tried to rebalance U.S. policy toward Asia. This shift included China through the creation of the Strategic and Economic Dialogue (S&ED), a yearly dialogue between two dozen cabinet-level officials and agency heads from both countries. It has addressed a wide spectrum of economic and foreign policy issues. Despite the differences between the two countries, the China-U.S. relationship has actually significantly expanded during President Obama’s time in office. Investments tend to be the work of state governors and many are actively pursuing Chinese investors. The American Chamber of Commerce in China and the US-China Business Council are helping companies both in China and in Washington, DC.

Europeans tend to work at several levels: the most active one seems to be the national level, but in some cases regional governments (German Länder, French regions, etc.) are working efficiently too. In the U.S., the Committee on Foreign Investment (CFIUS) is often involved in foreign investments when there are national security implications. Europeans do not have an equivalent; they deal with potential security issues on a case-by-case matter. The year 2017 will be important for both U.S. and EU relations with China—the U.S. will have a new administration and President-elect Trump has already warned China in imposing tariffs. In Europe, we will see whether China becomes part of the political debate during the upcoming Dutch, French and German elections. 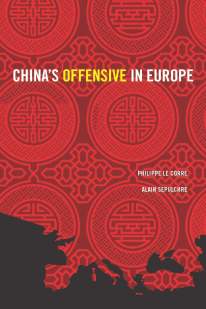 YCW: The cases of Chinese investments in Europe that make the headlines are mostly negative. In your recent book “China’s Offensive in Europe,” you also outline positive examples, such as the purchase of the German machine tool manufacturer Putzmeister by the Chinese SOE Sany and COSCO’s acquisition of part of the port of Piraeus in Greece. What seems to be the key to success?

PLC: Some Chinese corporations have understood that the keys to a successful investment is long-term presence and localization. That includes hiring local executives and employees, and helping these acquired brands to re-launch in the Chinese market—one of the most promising in the world. Europe is a complex continent with many nations, regions, and languages. I think Chinese investors are conscious of this, but localization is going to be challenging for many of them who have built their success in China or Asia, not in the West. At the moment, the number of Europeans working for Chinese investors is still fairly low, around 50,000. Becoming part of the European landscape will require much more from Chinese firms.

YCW: This summer, an investment deal was initiated for the airport Frankfurt-Hahn owned by the German states Rhineland-Palatinate and Hesse. The already-signed deal was called off due to the investor’s financial difficulties. What were the major stumbling blocks in this and similar cases of investments that ultimately failed?

PLC: One major problem is the lack of transparency: early this year, Chinese insurance company Anbang decided not to go after Starwood Hotels after Wall Street analysts started questioning the company’s financial transparency and ties to the Chinese state. Secondly, there are concerns of national security, especially in information technology. In October, the German Ministry of Economics withdrew its certificate of no objection to the sale of semi-conductor manufacturer Aixtron to a group of Chinese investors. This was due to concerns regarding German sensitive data and technologies. Finally, there is the fact that two-thirds of Chinese investments in Europe are made either by state-owned enterprises (SOEs) or the Chinese state itself. This is not particularly reassuring in some countries, some European political circles, and even some European business circles. There isn’t much China can do about it, except that it should at least offer reciprocity on the Chinese market to European firms.

YCW: An issue of concern at the centre of the public debate is the lack of transparency of Chinese companies, in particular in their often undisclosed links to the CCP, together with security concerns regarding investments in national infrastructure. To what extent are these concerns justified?

PLC: For all the talk of China becoming global, the Chinese way of conducting business is very different from the rest of the world. It is a matter of culture and traditions but also tied to the Chinese political system. Leaders of Chinese state-owned enterprises, banks, and sovereign funds are officials who are usually CCP members who were previously in government or party positions. For years, many SOEs have been welcoming senior officials as advisers or consultants. Their jobs are clearly to maintain a permanent link with the entities they used to run. Again, that is fine in a Chinese context but it’s too much to swallow for foreigners.

YCW: From your personal experience and research, in what direction is the China-Europe relationship heading? How can young China watchers support and influence Chinese investment in their respective fields?

PLC: I am sure that everyone in Europe and China can help build a more trusting and balanced relationship. China may be a net beneficiary of globalization, but that requires obligations as well as rights and benefits. Being a China-watcher, a Mandarin speaker, or someone who has worked in China is an incredible asset in Europe as there is great need for explaining (and debating) China’s increasing role in the world. Because people with those experiences and skills are so important, I am very pleased to have met your group and hope to meet other YCW groups around the world.