Rana Mitter is Director of the University China Centre at the University of Oxford, where he is Professor of the History and Politics of Modern China and a Fellow of St Cross College. His new book China’s War with Japan, 1937-45: The Struggle for Survival, was published by Penguin in June 2013 (in North America, under the title Forgotten Ally in September 2013) and was a Book of the Year in the Financial Times and the Economist. He has spoken at YCW events in Beijing and London.

Young China Watchers (YCW): At your YCW talk in Beijing last year you posited that World War II started in 1937 on the Marco Polo Bridge, a few miles southwest of Beijing. Can you expand on this, specifically on the perhaps overlooked significance of China’s role in World War II?

na-Japan war which had already started two years earlier. So, I wanted to rethink China’s wartime historiography and place it within a more global context.

Even now people are dismissive of the Chinese role in the war, often citing government corruption and the weakness of its role. My argument is however that the role China played was a very important one. This is not just my argument, of course; much of this argument is based on revisionist history of the past 10-15 years. I am not suggesting it is fair or reasonable to suggest that China was a strong ally like the US or the Soviet Union, but there were actions that China took that profoundly affected World War II. For example, in 1938, a year after the war broke out you actually see a real turning point. The Japanese were winning and advancing with huge violence for example, the Nanjing massacre and the battle in Shanghai where troops ultimately failed to defend the city. This was then followed by a defeat in Wuhan, which was where the temporary Chinese Nationalist military command was based. Many British diplomats thought that China had no choice but to surrender, but Chiang Kai-shek and the Communists both refused to do so.

Now imagine what would have happened if China surrendered. This could have led to China becoming in effect a Japanese colony, which would have lasted years and perhaps led to a Japan-Soviet Union war. (The Japanese and Soviets did in fact clash in Mongolia in 1939, but the Red Army defeated their Japanese opponents handily.) Japan could have attacked South East Asia and they might even have threatened British India. By 1941, Japanese generals were asked by the emperor himself, “Why haven’t you managed to defeat China?” and the answer lies in China’s refusal to surrender. The Chinese Nationalist government was corrupt and brutal, but the Chinese contribution to maintaining resistance should not be overlooked. I would summarize it this way: “Without China there might not have been an ultimate Allied victory in Asia, but without the US and Britain we would not have had a Chinese victory”.

YCW: How has the rhetoric behind Chinese nationalism evolved since the founding of the People’s Republic of China (PRC)? Do you have a view on what the next uniting theme might be?

RM: I would say that the nationalized rhetoric has been very much shaped by the ideology of who has been in charge. Since the emergence of Mao Zedong in 1949 it was shaped by class warfare and the reshaping was brutal. The ultimate expression of violent class war was seen in the Cultural Revolution. But since the 1980s, ideology has changed to a nationalism that is about uniting Chinese people regardless of their political background. It has also been based around history, with issues such as the Opium War, the return of Hong Kong, and the increasing emphasis on the ultimate return of Taiwan to a unified China.

Rhetoric about the war with Japan started appearing in the 1980s, but the use of the idea of the war which united all Chinese against the invaders has become much more common place since then. However, this rhetoric excludes historically toxic figures such as Wang Jingwei (a former senior member of the Nationalist government, and perceived by many as a Chinese traitor).

I think that broadly speaking the use of history will continue to be important and different parts will be stressed at different times. Chinese leaders are much more keen on linking the past to the present than western leaders.

In terms of uniting themes for the future we have the 70th anniversary of the end of World War II this summer. In 2019, we will have the 80th anniversary of the establishment of the PRC and looking further ahead in 2021 we will reach the 100-year birthday of the Communist Party. These historical events will be used to make very explicit points on China in the present day.

YCW: Looking at the protests in 2012 in China regarding the territorial disputes on the Senkaku Islands/ Diaoyudao, it seems clear that there are different views on Japan amongst the Chinese population. Do you think these differing views will have an effect on China-Japan relations and in what way?

RM: It is very clear that China-Japan relations are not on an inevitable downward path. Look at the 1930s where there were very real differences between China and Japan — we’re a long, long way from that sort of disastrous situation. More recently, Prime Minister Shinzo Abe had ‘the handshake’ with President Xi Jinping at the Asia-Pacific Economic Cooperation meeting last November; albeit not a very warm handshake, but since then, the anti-Japanese rhetoric has since been downplayed in the Chinese press. Chinese viewpoints differ significantly depending on geography; for example in Dalian, there are strong feelings that Japanese investment has been beneficial to the city, though you don’t hear that mentioned often! It is also worth noting that in China and Japan there is not much opportunity to experience the other side’s point of view. Several Japanese Prime Ministers have apologized for atrocities in China, although Abe has not yet followed suit. In Japan, there is also quite a lot of scholarship on this area and Japanese professors have been at the forefront of analysing Japanese war crimes. These views need to be more widely appreciated when talking about the spectrum of views about China in Japan.

If it were up to me to improve China-Japan relations in the long term I would get cohorts of high schools students from both countries to spend a month at a time in a high school of the other country. In fact I think there might be experiments along these lines right now, but better financial and government support is needed. It’s harder to have irrational prejudices against another person when you share the same water fountain!

YCW: How important a glue is nationalism for holding together China today?

RM: I think nationalism is important but I wouldn’t exaggerate it; economic performance is perhaps more important today. On a day-to-day basis Chinese people think about new opportunities for employment, leisure and consumption; patriotism is always there but we shouldn’t think it’s always at the forefront of people’s minds. 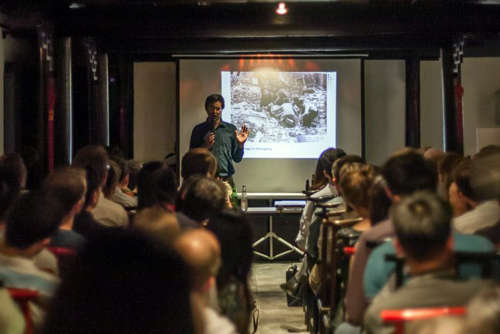 YCW: What ‘hot topic’ would you advise budding Sinologists to focus on? Are there any assumptions you have made over the past few years that you would advise against?

RM: I would suggest that to understand the China of today and tomorrow you should learn its history! This is truer in China than many other societies. In contrast to British history for example, there are still so many new areas of China’s history to explore. There’s the emergent history of PRC in 1950s and the 1960s because the archives are just being opened for the first time. For contemporary issues there is so much that is happening at such a rapid pace of change. People who look at the country in depth know that China is not just controlled from the centre in Beijing, so budding Sinologists should look at the localities right down to the grassroots.

I would recommend guarding against the assumption that China will change in a linear way. In economics, politics, society no one would have seen the Cultural Revolution in 1966 and realised China would be how it is today. The other thing is that so many aspects of China do look similar to the late nineteenth and early twentieth century and it is dangerous to make assumptions that history repeats itself; for example referring to top Chinese leaders as “emperors” can be misleading. China is a modern society with modern problems, and analogies with an imperial leader can conceal more than they reveal.