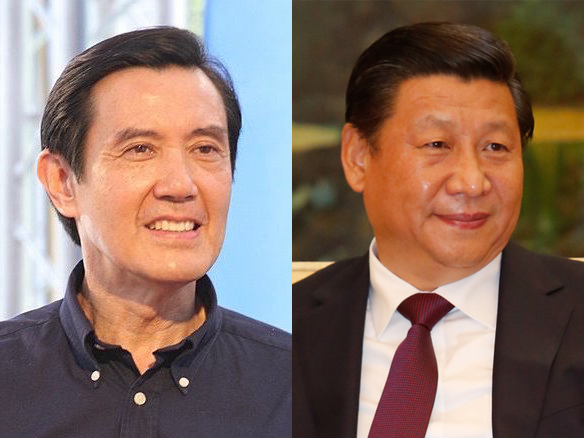 In 1993, civil society leaders from mainland China and Taiwan met in Singapore for the historic Wang-Koo summit, paving the foundation for cross-strait relations. Ten years later, Taiwan’s President Ma Ying-jeou returned to Singapore for the East Asian Economic Summit, where he agreed with former Singaporean prime minister Lee Kuan Yew that “cross-strait development should be based on people’s interests.” On 7 November this year, the leaders of mainland China and Taiwan met for the first time in 66 years. In accordance with tradition, the Xi-Ma meeting (习马会) was again held in Singapore, the city-state trading on its reputation as neutral ground for cross-strait talks. The two men shared an 80-second handshake—a breakthrough gesture after decades of animosity—and held a closed-door meeting that left the world buzzing about the outcome.

During the meeting, both Ma and Chinese President Xi Jinping referred to each other as “Mister” (先生): not merely a title of respect, but also a way to avoid official titles in adherence to the 1992 Consensus of interpreting “One China” according to individual definitions. Xi hinted at eventual unification with the justification that “blood is thicker than water” (血浓于水) and a physical divide that could not “break the bond between brothers” (海峡隔不断兄弟亲情), while Ma spoke about “cooperation to rejuvenate the Chinese nation” (共同合作，振兴中华) and the cultural identity shared as “descendants of the Yellow Emperor” (炎黄子孙). The marked positivity in their remarks and the emphasis on cultural commonalities indicated a mutual desire to knit closer relations, setting an optimistic tone for a meeting .

Why was the meeting held at this time? One reason is the growing popularity of Taiwan’s Democratic Progressive Party (DPP) in recent years, leading Beijing to worry that the DPP will prevail in the January 2016 elections over the Kuomintang (KMT) party traditionally closer to mainland China. Under KMT rule, all-round cooperation with China has intensified, including 23 agreements signed in the past seven years (such as the Economic Cooperation Framework Agreement), a rise in student-to-student exchanges, and the introduction of direct cross-strait flights. This is in contrast to the DPP, which links unemployment in Taiwan with competition from the mainland and blames existing social problems on the historical burden of past authoritarian rule.

Public discontent with the KMT’s unmet pledges to revive the economy culminated in losses during recent local elections, when the KMT only won 6 out of 22 contested seats and 40.7 percent of the vote. The biggest shock was the loss of Taipei’s mayoral race, a traditional KMT stronghold; Sean Lien, son of former vice president Lien Chan, lost to Ko Wen-je, an independent candidate backed by the DPP.

Last year’s student protests against the expansion of a free-trade agreement with China also motivated the Xi-Ma meeting. With national elections around the corner, the summit was the KMT’s final hope of rallying support by showing its steadfast commitment to peaceful cross-strait relations. However, with the public so averse to pro-Beijing policies that the ruling party had to replace its vocal pro-unification presidential candidate (Hung Hsiu-Chu) with a more moderate one (Eric Chu), it remains unlikely that the meeting will change the course of the tide.

The recent Fifth Plenum spelled out the Chinese Communist Party’s objectives to deepen cross-strait economic cooperation in a win-win manner and allow more Taiwanese, youth, and small and medium-sized enterprises to benefit from enhanced ties. In previous plenary outcome documents, mentions of Taiwan have largely focused on the legal aspect of relations (the “One China” policy or the “anti-Taiwan independence” stance, for example). The specific wording used in recommendations for the next half-decade is a departure from the norm and a nod towards more concrete cross-strait cooperation.

“There is a vacuum of trust that cannot be filled by assurances of prosperity.”

Beijing’s strategy is clear: to win votes by promising more economic benefits for the average Taiwanese. Yet given a recent Taiwanese survey in which  70.9 percent of the public did not believe Xi’s comments that Chinese ballistic missiles are not aimed at Taiwan, there is a vacuum of trust that cannot be filled by assurances of prosperity. Regardless, as both leaders have agreed to set up a direct hotline to handle emergencies, the Xi-Ma meeting took a big step forward in rebuilding good faith.

Tsai Ing-Wen of the DPP expressed disappointment in the meeting, pledging to “use democracy to reverse the damage caused.” On the other hand, Xi hinted that if the DPP won and pro-China policies were reversed, it would be akin to “historical tragedy” repeating itself, a loaded statement harking back to the frostier cross-strait relations before 2008. A pessimistic or hostile policy stance is not optimal for mutual prosperity. In the likely event that the DPP wins at the polls in January, China should continue to bridge differences with Taiwan on the foundation laid by the KMT and keep eventual reunification on the table.

In mere months, Taiwanese voters will choose between their shared identity of “brothers with broken bones who are still connected by sinews” (打断骨头连着筋的的同胞兄弟) or a future that diverges from China. Although the Taiwanese public may not be swayed, the Xi-Ma meeting was inherently successful as a trust-building measure that was able to achieve consensus on certain key areas, and will be a lasting legacy for both leaders.

Shuting Yow is an undergraduate student of International Politics at Peking University, and is also passionate about sustainable development.

Partner Post – The Xi-Ma Meeting: Behind the Brotherly Reunion