Editor’s Note: The U.S.-China trade relationship was the featured topic of President Trump’s recent state visit to China, yet even with the announcement of $250 billion in business deals, it is far from clear where the administration’s policy is headed. On August 18, 2017, at Trump’s direction, U.S. Trade Representative Robert Lighthizer opened an investigation of China under Section 301 of the Trade Act of 1974, which authorizes unilateral executive action against trade agreement violations. The investigation—which will address China’s alleged theft of U.S. intellectual property—could signal more than a return to the adversarial positions Trump espoused on the campaign trail. The 301 action might serve as a bargaining tool for the Trump administration to open market access to restricted Chinese sectors like technology and services, indicate a preference for bilateral solutions over multilateral forums for dispute settlement like the WTO, or express U.S. frustration over China’s failure to reign in North Korean belligerence.

In another edition of this series from YCW, we canvassed two of our Stateside global chapters for their views on the current turbulence in the U.S.-China trade relationship. 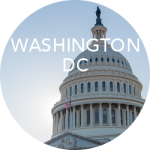 In the final years of the 20th century, as Chinese ascension to the World Trade Organization (WTO) was under negotiation, policymakers focused on how to manage the impact of several hundred million new entrants into the global labor supply. American concerns that China would, domestically, compete unfairly with foreign firms were allayed in large part by Zhu Rongji’s aggressive reforms that moved China’s labor into the private sector and open market, frequently to the detriment of those millions of individuals. Zhu cut urban public employment by 30 percent in four years, slashing 34 million public-sector jobs in China in the process. To American negotiators, the era of the Chinese state-run economy looked to be on the decline.

Within this context, the WTO was designed to prevent governments from backsliding to protect their public-sector firms from the competition and ruthless efficiency of market forces. But the WTO was, and is, ill-equipped to protect against the reverse from occurring—states championing domestic firms to out-compete the free market. Indeed, rather than wither and die as was once expected, China’s state-sector has grown and is successfully competing in a global system that did not anticipate its model of state-supported success. As a result, the tools at hand for the Trump administration to assert American economic and commercial interests today are insufficient and outdated.

A Trump-led tide of investigations

Since taking office, the Trump administration has initiated three distinct investigations into unfair trade practices in China. In late April, the Commerce Department launched two rarely-deployed Section 232 investigations into national security threats posed by Chinese dumping of steel and aluminum (only 26 such investigations have been undertaken since Section 232 was introduced in 1962). Notably, China does not own or control major U.S. steel producers nor does it rank within the top 10 sources for steel imported into the U.S., while key allies including Canada, South Korea, Mexico, and Japan do. These realities thoroughly undermine the administration’s claim that it is genuinely motivated by national security concerns in regards to Chinese steel and aluminum and suggest a jingoistic response to the structural economic challenges at hand.

In August, the U.S. Trade Representative (USTR) initiated a Section 301 investigation into whether the Chinese government used unfair trade practices to illegally coerce U.S. companies to exchange intellectual property (IP) for market access. However, Section 301 is simply a pre-WTO trade agreement enforcement mechanism. If the Trump administration genuinely believes it has a legal case that China is violating previously signed free trade agreements (i.e. under the articles of China’s membership to the WTO), it can seek redress through the WTO. Moreover, if the Trump administration applies tariffs unilaterally, China will likely retaliate and could itself successfully sue the United States through the WTO.

Again, though, the Trump administration’s reliance on unilateral action suggests that its stated motivations are different from its genuine grievances. This is in part because contemporary U.S. concerns with China’s role in the global economy are not legal concerns, insofar as the rules-based system has not been updated to reflect current impediments to free global trade. So what can the Trump administration do? That depends on its genuine motivations.

If the Trump administration is primarily concerned with preserving American national security, it should shore up its relations with key allies who will support the United States in moments when the American industrial supply chain is threatened. If it wants to protect and grow jobs in the steel towns that helped elect President Trump, it can serve those communities by investing in them. Throwing up protectionist trade barriers will, at best, do little to augment national security or improve the lives of working class Americans.

If the Trump administration genuinely wants to improve the structural economic environment in which China and the U.S. increasingly find friction, it should look to strengthen and modernize the rules-based system that governs the global economic order. Through regional FTAs, the G-20, and the G-7, the Trump administration should build a consensus around how states can, and cannot, support and lead the development of domestic industries.

If the U.S. does not lead the modernization of existing institutions and creation of new ones that can shoulder the responsibility of holding all countries to a system of rules that serves its interests, it resigns itself to a future determined by others. 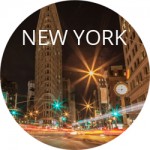 The months immediately following Trump’s inauguration generated a degree of relief in the U.S.-China business community,  as the campaign’s overheated rhetoric on  China fell by the wayside in the face of more  immediate priorities. Although a harsh tone  remained, few of the specific short-term policy threats came to fruition, and other “trade war”-related ideas were shunted to the back-burner. Trump also announced his intention to interlock the North Korea nuclear issue with U.S.-China economic relations, which in first instance played out in favor of non-action against China on issues such as currency manipulation, as the new president seemed (perhaps naively) optimistic about cooperation on North Korea in early 2017.

A cache of ammo

History, however, will likely show that 2017 was not a time of relaxation on China by the Trump administration, but rather a period of tactical preparation by the administration’s trade team. Across many levels of government, the executive branch and its allies in Congress have for months been undertaking a wide range of China-related investigations and policy maneuvers, all with an eye towards building legal justifications for more serious economic actions. From national security investigations on steel, to pending CFIUS legislation in Congress, to the ongoing Section 301 investigation on China’s IP policies, the U.S. government is collectively loading up an impressive array of economic bullets to fire at China if and when the decision is made to go on the offensive. Dovetailing with these behind-the-scenes activities have been a range of minor shots across the bow, such as the so-called “secondary sanctions” on Chinese companies and individuals allegedly doing business with Pyongyang, a proliferation of anti-China CFIUS decisions, the recent ruling against China’s solar panel export policies by the U.S. International Trade Commission, and the newly announced Commerce Department finding against Chinese plywood.

Taken together, a picture emerges of an administration that is getting ready to take more concrete action in its China approach, or at least arming itself with extensive leverage to bring to the negotiating table. Despite the fact that some of Trump’s most vitriolic anti-China ideologues have exited the halls of power or been marginalized, the administration’s collection of agenda-driven technocrats are proving they can sustain those initial anti-China trade campaign concepts.

Despite the fact that some of Trump’s most vitriolic anti-China ideologues have exited the halls of power or been marginalized, the administration’s collection of agenda-driven technocrats are proving they can sustain those initial anti-China trade campaign concepts.

There is no way to know whether the administration is accumulating these legal options because it has the intention of using them, or because it wants to bring a bigger hammer to the negotiating table with an eye towards a win-win negotiated settlement. However, history suggests that when the U.S. government accumulates leverage, it is eventually brought to bear.

In mid-August Trump directed the USTR, Robert Lighthizer, to consider a Section 301 investigation into China’s IP practices—including organized theft but with a focus on forced IP transfers—with an eye toward implementing trade penalties. Section 301 allows for the imposition of import duties in retaliation for unfair trade practices. Within a week the USTR concluded its preliminary review and determined that a full Section 301 investigation was warranted.

The recommendations that could emerge from a Section 301 finding would almost certainly take the form of duties or fees in excess of Washington’s WTO commitments, thus leaving the U.S. vulnerable to a lawsuit filed by China at the WTO. However, multiple public comments from Trump and other administration officials like Lighthizer and Treasury Secretary Steven Mnuchin make it clear that the current leadership group holds the WTO dispute settlement mechanism in contempt.

Although the U.S. will continue to make its case at the WTO from time to time, it is unlikely to pursue its most significant remedies against China via multilateral institutions, and is equally unlikely to be concerned about China’s attempt to do the same in reverse. Free-traders around the world are, understandably, quite alarmed at this development. The existing global trading system would be in terrible danger if the world’s biggest economy decides to no longer abide by WTO statutes.

The Section 301 investigation is specifically focused on the alleged theft, piracy, espionage, and forced IP transfer that emerges from China’s policies and practices, which Commerce Secretary Wilbur Ross believes to result in the loss of 3 percent of U.S. GDP annually. China’s innovation policies and industrial development programs fall under the remit of the investigation, and Lighthizer specifically labelled “Made in China 2025“, joint venture requirements, technology transfers, and China’s vague rules for foreign businesses as all being within his scope.

Section 301 remedies could be invoked if the USTR’s investigation determines that China’s practices: inhibit U.S. exports; undermine US manufacturing, services, and innovation; deprive U.S. citizens of ‘fair remuneration’ for their innovations; or divert U.S. jobs to China. The potential scope of these penalties is, obviously, enormous.

The investigation is well underway, but will likely take several more months. Of all the arsenal the Trump administration is accumulating for its trade struggle against China, this one will likely emerge as the biggest and broadest.

Views from the Ground: Stiff Handshakes and Turbulence in U.S.-China Trade