Editor’s Note: In June this year, Chinese and Indian troops faced off in what was perhaps the most high-profile border dispute between both countries in recent memory. The military standoff in the Doklam plateau (洞朗, Donglang), sparked by Chinese road-building activities in the area contested by China and Bhutan, purportedly involved at least one skirmish and a series of publicly traded barbs by officials from both sides. The two-month-long standoff came to an end when Chinese and Indian militaries disengaged on August 28, 2017. While the border dispute remains far from resolved, scrutiny of the China-India rivalry in Asia has only increased. The incident brought to light wider questions regarding China’s recent expansion into the Indian Ocean, its alliance with Pakistan, and the geopolitical consequences of its Belt and Road Initiative (BRI) on the balance of power in East Asia and Southeast Asia.

In our third edition of Views From the Ground, we reached out to two YCW chapters for their perspectives on the current state of relations between two of the world’s emerging powers. 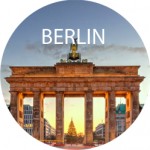 On 16 November, the YCW Berlin chapter hosted Garima Mohan, project manager at the Global Public Policy Institute in Berlin, to discuss recent developments in China-India relations. The discussion first focused on the recent border standoff between China and India at the Doklam pass. The standoff was triggered by Indian troops moving into the Doklam area to prevent Chinese military personnel from building a road within territory claimed by both China and India’s close ally, Bhutan. China accused India of directly violating its sovereignty, while India claimed to be acting on behalf of Bhutan, which had formally objected to China’s road-building.

China and India had been embroiled in a border dispute for decades but the latest rise in tensions come at a time when China-India relations are at a new low. In contrast to previous border disputes with India, China did not play down the Doklam incident. Rather, the Chinese media, like their Indian counterparts, covered the topic extensively. The People’s Daily even cited a 1962 editorial, when China and India last went to war, which said China would not tolerate provocations from India. By the end of August, both countries, having invested much into diplomatic communication, agreed to pull back troops from Doklam.

Even though Chinese military spending is four times higher than that of India’s, the Doklam incident illustrated that India could stand its ground. Yet, the Doklam pass is only one facet of India’s concerns with its northern neighbor. China is increasingly seen to be encroaching on India’s sphere of influence, especially in the Indian Ocean. China’s expansion in the region in the form of its Belt and Road Initiative includes, for instance, the Hambantota deep-water port in Sri Lanka. The port is important due to its geostrategic, dual-use position near the Indian Ocean and it is both economically and strategically important. Similarly, China has leased the Bay of Bengal port in Myanmar for 75 years, and maintains close military ties to the country. Finally, Chinese efforts to gain access to the Indian Ocean include their well-established relationship with Pakistan. The development of the port of Gwadar and the announcement to connect the port with China’s western Xinjiang province, via the so-called China-Pakistan Economic Corridor (CPEC), has exacerbated existing tensions between India and China.

The Doklam pass is only one facet of India’s concerns with its northern neighbor. China is increasingly seen to be encroaching on India’s sphere of influence.

In view of these developments, India-China relations have suffered in recent years. When Indian Prime Minister Narendra Modi was elected, he first appeared to be working to foster greater cooperation with China. This was evident in his “Asian solidarity” narrative. However, this attempt at rapprochement was short-lived. India has opposed China’s presence in the Indian Ocean and is also seeking like-minded partners in nations such as Australia, the US, and Japan (the so-called “Quad”).

The discussion with Mohan eventually turned to the role and views of Europeans on India-China relations. With the exception of France (due to its interests in the region) and the United Kingdom, most European countries have not paid much attention to India and its concerns with China in the Indian Ocean. This is gradually changing. The European Union has begun to see the importance of the Indian Ocean and its ports given the numerous strategic choke points where much of trade between Europe and Asia passes through. Europeans still need to pay more attention to the volatile India-China relationship. The alarming standoff at Doklam, for instance, was given scant attention by European media outlets. 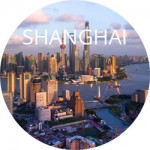 YCW Shanghai recently hosted two events on India-China relations. In September, the chapter held a presentation on the India-China standoff in Doklam by Fudan University professor Shen Dingli. In November a panel on India-China ties featured Dr. Indira Ravindran and Dr. Chen Jinying, both professors at the School of International Relations and Public Affairs at Shanghai International Studies University. They were joined by Madhav Sharma, Greater China Head of the Indian Confederation of Indian industries (CII), and Weimin Yao, former Vice President and Director for Public Affairs at Huawei India. The following is a summary of some of the key points made during these events.

In the last two years alone Chinese FDI in India crossed $2.5 billion, while between 2000–2016, cumulative bilateral investment was only $1.3 billion. The Indian technology sector attracted large equity investments from Chinese Internet companies, in addition to deepening investment into the Indian automobile, infrastructure and pharmaceutical sectors. Developments on the digital economy front were particularly eye-catching due to major investments by Alibaba, Tencent, and Xiaomi. These companies aimed to take advantage of the similarities in ecosystems—mobile-first users, low budgets and highly dense urban areas. The potential for this early trickle to turn into a flood there are hampered by a number of challenges.

On a practical level, visa requirements make it difficult for frequent travel. Regarding trade, the nascent Rupee-Renminbi market increases the cost of doing business. This is compounded by a limited knowledge of each country’s complex legal systems. Lastly, sparse, poor quality, and sometimes even incorrect, reporting from media in both countries tends to exasperate issues.

The private sector in both countries will have to take up the mantle to deepen trade in a challenging political environment which over time may tip the scales towards cooperation with more vested interests from both sides.

All these factors contribute to a trust deficit that lies in the heart of the relationship invariably affecting all forms of engagement. This often threatens exchange and trade, especially in India, where Chinese investment is often treated with suspicion. For example, Fosun Pharma and Fosun International have faced over a year of uncertainty over the acquisition of Gland Pharma (the largest India-China M&A to date). The issue was resolved when Fosun lowered its stake to 74%, thus bypassing the need for approval.

Shoring up the trust deficit

Going forward, the aforementioned challenges are unlikely to be resolved soon, and both countries have to continue to find a way to trade without a political resolution to the border dispute. The BRI will become a bigger obstruction, as Chinese companies and government agencies are encouraged to tag their activities with the BRI stamp while the Indian government remains wary of any association. The private sector in both countries will have to take up the mantle to deepen trade in a challenging political environment which over time may tip the scales towards cooperation with more vested interests from both sides. The two governments must play smart to create a facilitative environment, with more transparency and less prejudice when looking at security risks.

Views from the Ground: The Doklam Standoff and Sino-Indian Relations