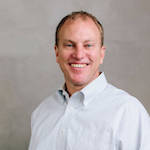 Peter Lorentzen specializes in the economics of information, incentives, and institutions. He received his PhD in Economic Analysis and Policy from Stanford University’s Graduate School of Business and previously taught at Stanford University and the University of California, Berkeley. He has published research on governance and social control in China, media management, anti-corruption, environmental transparency, long-run economic growth, qualitative research methods, the creation of platforms for sharing of genetic information, and capital markets in developing countries.

Editor’s Note: The year 2018 saw a major shift in Chinese politics. President Xi Jinping removed presidential term limits, rolled out legislation that expands surveillance of Chinese citizens, and took on a more confident and ambitious foreign policy. Xi is seen a strong Chinese leader, the likes of which the PRC has not seen since Mao Zedong. His dramatically executed anti-corruption campaign played a significant role in shoring up popular support and helped centralize power. However, there is much disagreement among China observers as to what extent the campaign sought to legitimize Xi’s rule in the eyes of a Chinese citizenry disillusioned with official corruption, and to what extent it was aimed at eliminating political enemies.

With the number of Central Commission for Discipline Inspection (CCDI) cases increasing each year, scholars are beginning to use data to make sense of the anti-corruption campaign. Peter Lorentzen shares some of these insights in a recent paper entitled “Personal Ties, Meritocracy, and China’s Anti-Corruption Campaign,” which he wrote with Xi Lu, an assistant professor at the Lee Kuan Yew School of Public Policy in Singapore. Their paper analyzes the campaign with quantitative finesse, examining the early years of the campaign and the networks of three “tigers” (high-level officials), as well as the protective nature of the close ties between Xi and members of post-2012 Politburo Standing Committees.  — Michael Laha

Michael Laha is a program officer at Asia Society’s Center on U.S.-China Relations, where he worked on a project tracking anti-corruption in China. He is also the co-director of the Young China Watchers’ New York chapter.

The following interview has been shortened and edited for clarity.

Michael Laha (ML): Let’s start with a simple premise: What question did you set out to answer in this paper?

Peter Lorentzen (PL): We tried to adjudicate between two competing claims about what the anti-corruption campaign is really about. One extreme is that it is just about kicking out Xi’s enemies or competitors within the Party. The other extreme, which would be the Party’s line, is that they are just getting rid of bad people and hopefully making the country stronger by doing that. We wanted to try to figure out what evidence we could find for either of those claims.

ML: In a nutshell, what is the answer to that question?

PL: Both are true. Our analysis suggests that it is more on the corruption side. We do find that the people and networks in the sort of localities that tended to promote people who did not have obvious reasons to be promoted were more likely to get arrested by the discipline commission. Many social scientists have been looking at whether China is, at least to some extent, a meritocracy and whether part of what is behind the growth story is that local officials are incentivized to pursue economic growth in their jurisdiction and are being rewarded for that by being promoted within the Party. We find that is true for most of China, but it’s not true in areas that were controlled by Zhou Yongkang, Ling Jihua, and Su Rong. We find that the people who were promoted for no obvious reason were more likely to be arrested and there were more such promotions in three parts of China. That suggests to us that the anti-corruption campaign was in fact targeted at people who were trying undermine the party’s attempts at becoming a relatively growth-oriented meritocracy.

On the flipside, in our sample we found people who were, or probably were, connected to Xi were basically never arrested. You can interpret that in any way you like. For example, Xi would prefer an interpretation in which he is seen as someone who only makes friends with very honest people. But the other interpretation would be that in the context of the anti-corruption campaign, he chose not to take down people associated with him or his allies.

ML: What data did you gather to make these points?

PL: When we saw the corruption investigations happening, we realized that this kind of gave us a window into some of the political networks that are normally very opaque. People have looked at this statistically—whether people have common elements in their biography. Did they work together? Maybe one of them was promoted while working for the other one? Or they went to the same university? Of course, the qualitative Pekingologist have their sources and talk to people and know various rumors about who is connected to whom, but when two people go down for corruption that sort of makes it more of an open season. So, that was the first piece of data.

ML: How skewed is your network analysis? Are there certain connections or information that could be hidden from us?

PL: Absolutely, and that is sort of the key challenge. We can’t just take this network at face value and say that is who is connected. It’s possible there are other connections. Both individuals would have to get arrested for anyone to learn that they are friends, as defined by this network, which is not to say they were not friends before that. We can only document those relationships that are strong enough that they are publicized by the CCDI or by the Chinese media after both parties go down.

We integrated data obtained from open-source media coverage with inferred connections based on biographical data, the type of analysis pioneered by Victor Shih (editor’s note: author of “Factions and Finance in China” and other publications). That includes, for example, looking at whether two people worked together in the past or whether two people are from the same province. At the provincial level, you might look at whether they are from the same prefecture or city and whether they went to the same university.

Officials who were from the same province as Xi, had earlier worked with Xi, or went to school with Xi appear to have been safe.

The protected population of Xi’s allies seem to be members of Provincial Standing Committees, of which there are 10 or so in each province. Within that group, none of those serving in 2012 who had certain ties to Xi were arrested for corruption: Officials who were from the same province as Xi, had earlier worked with Xi, or went to school with Xi appear to have been safe.

ML: That’s really striking. We have Zhou Yongkang, Ling Jihua, and Su Rong, the three “tigers” that are different from the rest.

PL: You could say they are the pinnacle of the pyramid. Going back to the network we constructed among pairs of people who have both been arrested, we performed a network analysis to uncover who was most important. We discovered that this is really a hierarchical network. There is a subordinate and a superior, basically the same as patron and client.

Looking at that set of relationships, we examined who are the top people by using the same basics of the algorithm that Google got started with. What we are looking at is sort of recursively defined—you are more important if other important people report to you. With Google, it is considered a legitimate webpage if lots of other webpages point to it but not just other webpages but webpages that are themselves popular. So we used that same approach and that basically puts these three guys clearly on top.

ML: You mention Bo Xilai and conclude that he is not as important as people think he is. He is viewed as a political contender to Xi and his takedown is seen as the starting point of the anti-corruption campaign, even though Bo was eliminated before Xi took charge of the party. How does your evidence come to a verdict on the importance of Bo?

PL: This is definitely more of a judgement call compared to some of the other analysis we did. In our network analysis, Bo comes out way, way below not just the three “tigers,” but many other people, too.

He was a popular leader before he went down, partly for mistakes by his wife and the people around him—a series of unfortunate events befell him. He went down for idiosyncratic reasons. The publicity around his downfall was probably not an accident. Party officials could have suppressed the information more but instead they were eager to, once he went down, to talk about how bad he was. I think there is a political element there, but the fact that he went down was a little bit random.

If your goal was to undermine his base of support, you would expect to see his networks to be pulled out root and branch—that is not what we see in our data. The anti-corruption campaign does not seem to be driven by a desire to uproot the support base of Bo.

ML: The number of CCDI investigations has been increasing since 2012. It just seems to be going up. Is that number meaningful at all? Is there really more corruption being uncovered? Is it going to come down at some point?

PL: I think the Party should help it come down. You want to start with the biggest fish and people more central to the party; now they are moving out to smaller fry and people in the business community. One thing I will say is that—and this is not just my own insight—the increase in investigations is very concerning because, even if their efforts work, and even if everyone they get is corrupt, the non-transparent and Party-controlled way they go about investigating and prosecuting individuals undermines the recent move towards rule of law.

That’s a problem because, in any country, if you have a lot of things happening through extra-judicial processes, there will be a point where this power is abused.That’s the worry. It doesn’t create the kind of stability that I think would be most conducive to China’s continued long-run development. This sort of process doesn’t seem to be a good direction for the country, in terms of being a well-functioning, wealth-generating authoritarian regime. I think the growth of these extra-judicial processes will undermine that.