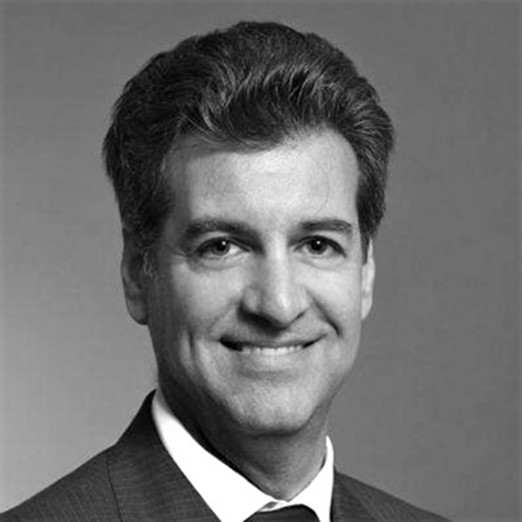 Alex Capri is a Research Fellow at the Hinrich Foundation and Visiting Senior Fellow at the National University of Singapore Business School. He previously worked as the Partner and Asia-Pacific Regional Leader for KPMG’s Global Trade and Customs Services in Hong Kong. Capri researches technology, trade, and global value chains, and his most recent publications focus on U.S.-China strategic decoupling, techno-nationalism, and techno-diplomacy.

Since around 2000, Chinese companies have listed on U.S. stock exchanges due to Chinese restrictions on foreign investment in sectors deemed crucial to national security. Due to exclusion from the auditing requirements of the Public Company Accounting Oversight Board, the U.S.-China Economic and Security Review Commission reported in 2019 that Chinese companies listed on U.S. stock exchanges achieve an unfair advantage while posing risks to investors and national security. Following these recommendations, the Senate passed the Holding Foreign Companies Accountable Act (HFCAA) in May 2020, which would require foreign companies to register audits and state-ownership disclosures. The bill has yet to be discussed in the House of Representatives and signed into law.

The following is an interview with Alex Capri and has been edited for length and clarity. This conversation took place before the results of the U.S. presidential election were known.

Alex Capri (AC): I think it’s both. The Chinese Communist Party (CCP) wants to protect Chinese companies and would love to see more of that happening in China. Right now they’re going to Hong Kong, but they would want to continue to grow Chinese markets, and like everything else, the CCP wants to be self-sufficient and not have any vulnerabilities and dependencies on the U.S.

YCW: Some articles have suggested that if Chinese companies are delisted from U.S. stock markets, these companies might choose to list on stock markets in the EU or the UK. You’ve talked about growing U.S.-EU alignment on the issues of Huawei, cybersecurity, and the U.S. Clean Network initiative. If the U.S. takes measures to block Chinese companies’ access to U.S. equity markets, do you expect the EU would follow suit?

AC: The fundamental fragmentation is around values and standards. By standards, I mean how technology is used and how money is directed with a particular end in mind. We’re already seeing export controls and sanctions aimed at companies because of human rights violations.

I think the EU will start to employ standards. Can the Chinese split European countries with America one by one? I don’t think so. Fundamentally, the big markets in Europe (Britain, Germany, France, etc.) are recalibrating their China focus.

YCW: If the HFCAA is signed into law, are Chinese companies likely to comply with increased oversight rules, or will they choose to be delisted? If Chinese companies delist from U.S. exchanges, what will be the long-term implications?

AC: As a former partner at KPMG, this is a bonanza for professional and financial services firms. Inevitably, there will be companies that continue to want to list in the U.S. That’s an interesting question based on where the U.S. and China end up in a phase 2 or phase 3 trade deal.

Phase 1 is about the Chinese correcting their behavior. Financial markets are at play. If the Chinese are going to open up financial markets a little bit more and the U.S. have these types of compliance rules, do they work out some modus operandi that includes compliance and risk management with third parties involved? We might see a few companies doing that. Which companies will they be? If it’s Alibaba or Tencent, they probably will be decoupled. [The companies that do choose a compliance strategy] would be more innocuous probably, but which companies?

AC: There’s no question that financial firms in the U.S. are investing in Chinese companies. There is a big debate if that’s a good thing or a bad thing. But if there is technology decoupling and delisting, will this affect investment? Will it curtail investment by American firms? The answer is yes. Delisting alone wouldn’t do it, but delisting combined with other laws and restrictions would definitely have an effect.

YCW: Is the United States’ move toward increased stock market regulation and China’s move toward decreased regulation an indication of U.S.-China decoupling? What effect do investment incentives or disincentives have on the operations and supply chains of multinational corporations?

AC: Any kind of decoupling means that you have a reduction in investment. However, when one value chain decouples, another one needs to be created. There is a silver lining here with China decoupling. The first is that it’s necessary or important to diversify. Say for example that you have a single point of failure in a supply chain, for example, regulation that says you can’t trade. Companies in strategic industries need to be diversifying and relocating supply chains. If supply chains get shut down, they need to have an alternate or a second or third. They might invest more in China for a ring-fence but then might relocate that supply chain for other markets. Maybe they would build a new factory or make it more automated, etc. That is capacity building and investment, and there are companies that would profit from that.

Decoupling from one source is a short-term problem and harder to facilitate. If there’s an entire semiconductor system, replicating that somewhere else is hard to do, but governments [can] provide assistance.

YCW: Given that barriers to entry would still be lower on U.S. stock markets for foreign companies, do you expect retaliatory measures on foreign listings in China if the HFCAA passes? If so, what might they entail?

AC: More regulatory pressure on firms, such as U.S. and European companies, and maybe more audits. It’s hard to say. But this is not going away. We will see an increase in the debate, and we will be hearing more about it. Let’s see who wins this election. If there is a massive digital infrastructure undertaking in the U.S., for example with what Biden wants to do, I expect there will be a lot of investments in public-private partnerships. If that’s the case, we could see if the investment is coming in, and with realignment in the U.S. and Europe, I could see the U.S. and Europe coming up with specific rules that would promote standards and values.

The Chinese are at a disadvantage. If they want to punish companies listing on exchanges tit-for-tat, it’s like now how Americans have been weaponizing semiconductors, but the Chinese have relied on key American technologies, so have been more reserved in response.

Main Street isn’t particularly fond of Wall Street. If Wall Street continues to make a lot of money investing in China, and the U.S. undertakes its own initiatives to retrain [citizens] and rebuild [infrastructure], it will create a lot of political friction in the U.S. If a Wall Street firm invests and gets burned in China, there will not be a lot of sympathy for that.