Bill Birtles is the Australian Broadcast Company’s (ABC’s) East Asia correspondent, based in Taiwan, and is the author of “About China: Propaganda, Patriotism and the Search for Answers.” He was the ABC’s China correspondent based in Beijing from 2015 to 2020, where he covered stories on the rise of Xi Jinping, the U.S.-China trade war, the Hong Kong protests and the deterioration of the Sino-Australia relationship. Birtles first studied Mandarin in Beijing and later worked inside the government’s most important state media and propaganda organ, the Xinhua news agency, before returning to the Chinese capital for the ABC. Follow him on Twitter: @billbirtles.

Young China Watchers (YCW): You published your book About China: Propaganda, Patriotism and the Search for Answers’ in 2021.
Can you tell us about why you wrote the book, and the key events that took place during your time in Beijing (2015-2020) that you cover? Can you remind our readers about the events that led to you leaving China in 2020?

Bill Birtles (BB): I wrote the book because publishers were keen to get both the inside story of our rushed departure from China, but also an on-the-ground account of a transformational period in modern China’s history.

Obviously Australian readers can relate to an account told through Australian eyes, so the book is my perceptions and experiences of reporting on the unravelling of Australia-China ties, the U.S.-China Trade War and Beijing’s crackdown in Hong Kong. Plus the earliest days of the pandemic from Wuhan.

We ultimately left China as pawns in a bigger struggle between Australia and China — the Australian security agencies had raided the homes of four Chinese government media journalists in Sydney, so the Chinese retaliated by engulfing us in a supposed national security investigation. That left the Australian diplomats with little choice but to get us out.

The sad thing was, the overall changes in the years leading up to my departure made it clear relations between China and the West were going to get a lot more difficult, so I knew upon leaving that I wouldn’t be heading back.

YCW: In your book you talk about the changes that took place in Chinese society after President Xi Jinping came to power in 2012, from the unravelling of the Sino-Australia relationship in the chapter “An Independent Inquiry,” to heightened tension in the U.S.-China relationship in the chapter “Trade War.”
What were some of your takeaways from your time watching the deterioration of China’s relations with both Australia and the U.S.?

BB: The main takeaway was that the period of relatively warmer relations in the first decade and a half of this century was the peak. China’s government in recent years has decided the United States is its existential rival and is not seeking good relations, but a constant and intensifying rivalry.

You could argue the U.S. thinks the same, but this came after a couple of terms of more constrained China policy from the Bush and Obama administrations. And as Australians better understood how the Chinese Party-state worked, they inevitably took measures to better position the country to deal with an increasingly powerful Beijing.

Lastly, China’s COVID-zero border policies have left me feeling quite pessimistic about the country’s future engagement with the rest of the world. For reasons that I believe are primarily political, it’s conceivable Xi’s government will maintain these policies for several years, largely cutting off Chinese from travelling out of China, or people with links to China travelling there. At the very least, Beijing’s covid policies have made it extremely difficult to travel in and out.

There likely remains a perception in China that the rest of the world is chaotic and riddled with COVID, fanned by government media. I personally know people who are avoiding travel out, because of both the hassle but also fear of COVID. If you can’t see with your own eyes in other countries that life goes on while living with the virus, it widens the perception gap. 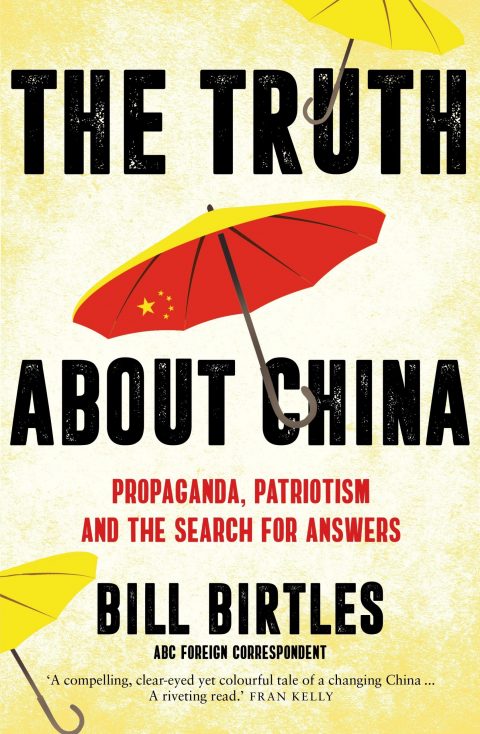 YCW: You have been based in Taipei as the ABC’s East Asia Correspondent since 2022. In recent years a number of Western media outlets have based their China correspondents in Taiwan rather than China or Hong Kong due to the difficulty in obtaining work visas. How would you describe life in Taipei as a foreign correspondent in contrast to your time in Beijing? And how is it covering China from Taiwan?

BB: Covering China from Taiwan is the least-worst option! Other options include Seoul, Singapore and Tokyo, but none of them have the relevance that Taiwan does to China’s ambitions.
That said, aside from the cross-Straits story itself, Taiwan isn’t a particularly useful place to be to report on all the many other facets of the China story — economy, society, politics. It’s completely different on most issues. We are really limited on how much we can report on these domestic China issues, so our coverage invariably gets heavily weighted towards covering Taiwan and China tensions.

It’s probably of benefit to Taiwan’s government having so many reporters on the ground covering the issue from Taipei, because they are now getting their perspective heard more.

“We are really limited on how much we can report on these domestic China issues, so our coverage invariably gets heavily weighted towards covering Taiwan and China tensions.”

YCW: Furthermore, how was your experience reporting on U.S. Senator Nancy Pelosi’s trip while being based in Taiwan? What is your on-the-ground take on her visit?

BB: The perception gap between most people in Taiwan and overseas impressions of the Chinese military response was striking, but I don’t think it means the risk of conflict is less than we think. For various reasons people here weren’t particularly worried by China’s missiles, rockets and fighter jets, but I often feel Taiwanese on the whole are a bit dismissive of how intense the nationalistic fervour is in China about Taiwan.

I left Beijing convinced that the Communist Party would attempt, militarily, to take Taiwan by 2049 simply because they’ve whipped the nation into such a patriotic frenzy about it. But over in Taiwan, I’ve heard respectable analysts claim China’s domestic problems will mount to the point that an invasion attempt isn’t viable, or that Beijing’s rhetoric is just a domestic performance.

I can understand after decades of sabre-rattling, Taiwanese are largely immune to it, but I can’t quite share the relatively relaxed attitude that predominates here, having seen the way China’s government is conditioning its population for a possible conflict.