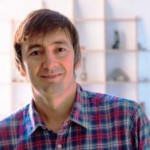 Bill Hayton is a journalist with BBC World News and an Associate Fellow of the Asia Programme at Chatham House. He has worked for the BBC since 1998, serving as the Vietnam correspondent from 2006 to 2007. He is the author of “The South China Sea: The Struggle for Power in Asia,” named a book of the year by both The Economist and Foreign Affairs in 2014. His previous book, “Vietnam: Rising Dragon,” was published in 2010. He regularly briefs governments and think tanks on the South China Sea dispute, and his articles have appeared in The Economist, South China Morning Post, and The Diplomat.

Young China Watchers (YCW): You started writing “The South China Sea: The Struggle for Power in Asia” in 2011. What prompted you to delve into the messy complexities of the South China Sea dispute?

Bill Hayton (BH): I’d written a book on Vietnam and was looking for another topic. In 2011, China cut the cables of some seismic survey ships, and suddenly the South China Sea dispute started to get coverage. I realized that there was space for a book that explained the dispute to the average reader. I thought it wouldn’t take too long because so much had already been written about the South China Sea dispute. But the more I looked into the existing material, the more I realized it was unreliable. The same references were being used, but no one had actually checked them. Often when you go back to the original sources, they fall apart in your hands; they’re just assertions, or they’re newspaper articles citing assertions. So it took quite a long time to dig out the evidence and finish the book.
YCW: Your book recounts a remarkable moment of cooperation in 2005 between China and the Philippines, when the two territorial rivals engaged in a Joint Marine Seismic Undertaking (JMSU) to assess oil reserves for shared exploitation. What went wrong? Why have China and the Philippines—as well as the other claimant states—not jointly developed the South China Sea’s significant fishery, natural gas, and hydrocarbon reserves? 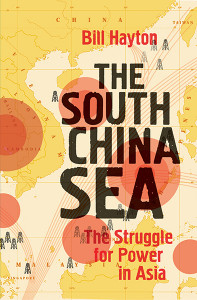 YCW: China and the Association of Southeast Asian Nations (ASEAN) signed a Declaration on the Conduct of Parties in the South China Sea (DOC) in 2002, but seem as far away as ever from establishing a formal Code of Conduct. What are the biggest roadblocks to formalizing a Code of Conduct?

All South China Sea claimant states have, to some extent or another, built artificial islands or fished in disputed waters. A lot of these activities stopped among ASEAN claimant states with the DOC in 2002. In a few cases, the Vietnamese have been enlarging their islands since then, but they haven’t done anything quite as dramatic as the Chinese. The DOC assured the ASEAN claimant states that they were not going to try and dislodge each other from the islands they occupied. If China were to sign up to that, that’s the South China Sea dispute solved to some extent. The problem, of course, is that China comes at this with the belief that it’s the rightful owner of every island in the sea and therefore won’t sign up to such an agreement.
YCW: Manila, Hanoi, other regional capitals and Washington have strongly objected to the scale and pace of China’s construction of artificial islands in the South China Sea, which includes more than 1,100 hectares of reclaimed land and runways capable of handling long-distance bombers. How do China’s land reclamation activities impact the regional security situation, and what is the long-term strategic goal behind them?

BH: From the Chinese perspective, these are not offensive actions. The Chinese believe they are the rightful owners of everything in the nine-dash line. These activities are therefore seen as legitimate and really about defending China’s rights. Chinese land reclamation is seen as a defensive measure to keep foreign navies away from the Chinese coast. It’s also seen as a means of projecting power down to the Malacca Strait and protecting Chinese trade routes. Finally, it’s seen as a way of safeguarding China’s oil and fish resources in the South China Sea.

From the Malaysian, Philippine and Vietnamese perspectives, these are highly aggressive moves. China seems to be unable to see other countries’ points of view though. There was a delegation from the Communist Party’s foreign affairs think tank, the China Center for Contemporary World Studies, in London recently. When I put to them the idea that other people might have a different point of view about the South China Sea, it didn’t compute. Their view is: “This is our position. It’s right, and everybody else is wrong.” Such an attitude is obviously going to cause problems.
YCW: The U.S. and Australia recently conducted sea and air freedom of navigation operations (FONOPs) near Chinese-controlled features in the South China Sea, while Japan has mooted its involvement. Will these FONOPs slow or stop the incremental expansion of Chinese control over disputed waters?

BH: It’s important to note that China has not occupied new territory with its land reclamation. China is building on the same reefs that it occupied up to 1994. We’ve seen an end to the island-building phase of the construction—now they’re finishing the runways, harbors, and other structures. There’s really nothing else that they can build on, aside from some small unoccupied areas near the land on which they are currently constructing. China nevertheless has a domestic law that is, by most interpretations, incompatible with the United Nations Convention on the Law of the Sea (UNCLOS) because it says that foreign warships must seek permission before sailing through Chinese territorial waters. The U.S. rejects this Chinese position and will continue to conduct FONOPs to challenge it.

The U.S. effort to challenge Chinese claims in South China Sea is, however, likely to become more vexed. Around the Paracel Islands, China has declared what are called straight baselines—it has basically drawn a line around this group of islands and declared everything inside this line as Chinese territorial waters. That is completely against UNCLOS. The only way the U.S. can challenge this claim is to sail right into the middle of this area and undertake activities inconsistent with innocent passage through another state’s territorial waters. U.S. warships must, for example, turn their weapons systems on or launch helicopters. This raises the level of brinkmanship considerably, posing a real risk of being perceived as threatening behavior. Actually, the U.S. is simply trying to say, “This is what the Law of the Sea says we can do, and we are going to stick to the letter of the law.” But Beijing may only see the apparent threat of a US warship turning on its weapons systems in the vicinity of a Chinese military base.
YCW: How do you expect the South China Sea dispute to develop in 2016? Is China likely to modify its South China Sea policy?

BH: The Chinese government does not want to be a major topic of debate during the U.S. presidential election campaign, so the odds are that Beijing will try and keep things quiet in the South China Sea in 2016. The situation may heat up in June, however, with the expected results of the case at the Permanent Court of Arbitration between the Philippines and China. The next opportunity for escalation could be as soon as a few weeks after the new U.S. president is inaugurated. In early 2001, shortly after the inauguration of George W. Bush, there was the EP-3 incident off Hainan Island where Chinese aircraft deliberately challenged a US spy plane. In March 2009, fairly soon after Obama was inaugurated, you had the Impeccable incident—again a deliberate challenge to U.S. activities in the South China Sea. So one scenario might be that in January 2017, after the next presidential inauguration, China could engineer another incident in the South China Sea with a U.S. ship or plane.

Voices on China – Bill Hayton, Author of “The South China Sea: The Struggle for Power in Asia”