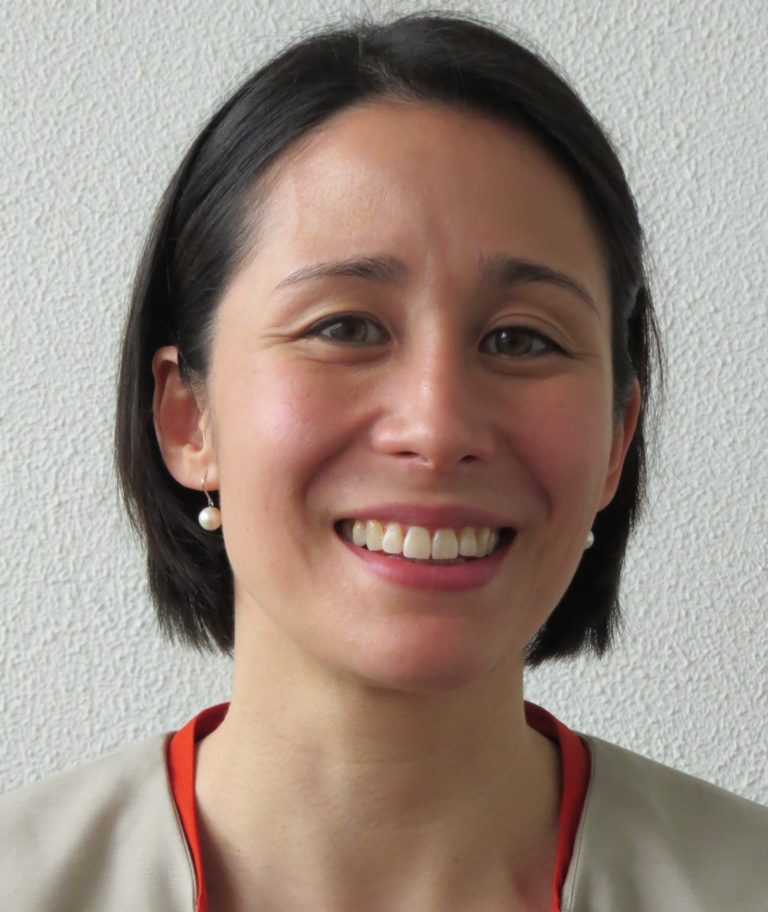 Denise van der Kamp is an Assistant Professor at City University of Hong Kong. Her research explores issues in developmental politics and environmental governance, with a focus on China. In particular, she examines strategies for implementing environmental policies in contexts where both rule of law and civil society are weak. Her book, “Clean Air at What Cost?” is forthcoming at Cambridge University Press. She received her Ph.D. in Political Science from the University of California, Berkeley in 2017, and was previously a postdoctoral fellow at the University of Pennsylvania’s Center for the Study of Contemporary China. In September 2021, she will be starting a position as an Associate Professor at the Oxford School of Global and Area Studies.

Denise van der Kamp (DvdK): My book, like Li and Shapiro’s study of coercive environmentalism, unpacks the myth of authoritarian environmentalism. I focus on Beijing’s efforts to control some of the most powerful actors in society — namely, the polluting industry. I examine the state’s use of “blunt force” methods to achieve environmental goals, such as forcibly shuttering entire industries or industrial areas to clean up the air.

To some, China’s use of “blunt force” regulation is a sign of authoritarian efficiency; The state’s coercive powers allow them to get things done quickly, and with minimal pushback from society. This adds to the myth of authoritarian environmentalism. However, reports then emerge of polluting industries cropping up soon after factory shutdowns, or polluters moving to inland regions known for weaker environmental standards. I have also come across companies that complain of unfair treatment because they do their best to comply with environmental regulations only to be shut down alongside their more polluting competitors. This is not a sustainable strategy.

To reduce pollution in the long term, the government needs to reassure business owners that it is more profitable to invest in pollution reduction in the long term. They need to support industries that make an effort to comply or upgrade infrastructure. On the flip side, political leaders need to convince industry that they cannot simply bribe their way out of regulations, and that bureaucratic corruption will be punished. This is especially challenging for authoritarian systems to achieve because, without freedom of information, it is difficult for leaders to know who is disobeying orders on the ground. However, the CCP has been trying to make up for this institutional weakness with its recent anti-corruption campaigns.

YCW: To what extent does environmental enforcement and the response to it differ across China?

DvdK: Environmental enforcement varies considerably across China’s different regions. There are two reasons for this.

First, policy implementation in China is highly decentralized. Beijing sets core policy goals (such as reducing pollution) but local officials are given a lot of discretion over how to implement policies, and how to balance competing agendas like economic growth and environmental protection.

Second, levels of economic development vary across the country. Thus, in poorer areas, local officials often use their discretion to prioritize economic development over pollution control because they’re under pressure to provide jobs or ease budget shortages. At other times, local officials do enforce regulations, but only temporarily. They’ll undertake a flurry of inspections when a pollution crisis erupts, but then return to business as usual once the crisis has passed. This was apparent in parts of China during the 2016–2017 central pollution inspections campaign. Moreover, my research shows that despite the scale of this campaign — 25,000 enterprises fined and 16,500 officials disciplined over two years — the impact on air pollution levels was minimal. This suggests that Beijing will need a lot more than just central inspections to get local officials in poorer regions to prioritize pollution reduction. In my book, I argue that “blunt force” regulation is one of the strategies that Beijing uses to force local officials to prioritize the environment, and it does reduce pollution in the longer term.

YCW: Your research specifically focuses on pollution, but is this “blunt force” regulation characteristic of China’s approach to other environmental problems too?

DvdK: “Blunt force” regulation occurs in many policy spheres such as food safety, industrial safety, and disease control. It tends to be used in times of crisis, when leaders struggle to gather information on policy implementation but need to bring about compliance quickly. In such situations, leaders resort to extreme, indiscriminate enforcement measures because this simplifies monitoring and controlling society from afar. For instance, it is easier to confirm that a local official has enforced blanket production bans against polluters, than to check if they are policing emissions to the correct standard for different sizes and types of factories.

This approach is not unique to China. I argue that the coronavirus lockdowns in Europe are also a classic example of “blunt force” regulation: they were indiscriminate, imposed through coercive powers, and very costly to local economies. Nonetheless, they were effective at getting populations to comply with social distancing immediately, despite the unpopularity of these policies.

However, China, because of its decentralized governance model, faces a more endemic problem with poor enforcement and compliance. Chinese leaders are very powerful but they struggle to get information on who is violating regulations, or who is responsible for poor implementation on the ground because of the monitoring hurdles mentioned above.

DvdK: Certainly. Environmental education is an established part of the Chinese government’s strategy. In the years before the 2008 Olympics, I worked with environmental NGOs in Beijing and was part of a nationwide environmental awareness campaign where university students across China would visit schools, shopping centers and community parks to talk about environmental issues. I was struck by the number of government departments involved in coordinating this campaign and bringing together networks of students around the country. This showed Beijing’s commitment to environmental education, and also the incredible resources that the state can mobilize for public awareness and participation.

“I was struck by the number of government departments involved in coordinating a nationwide environmental awareness campaign and bringing together networks of students around the country.”

Since that time, Beijing has also tried to engage the public more directly in environmental enforcement through public interest litigation, petitioning, and Open Government Information (OGI) initiatives. Environmental NGOs have also played a major role in policy feedback or acting as pollution watchdogs, and the state shows an unusual tolerance for online and offline anti-pollution protests. Clearly, Beijing recognizes that public participation is one of the most efficient ways to identify pollution violations and get information on what is happening on the ground.

The question is, how far are they willing to take public participation? Will Beijing tolerate scenarios where ordinary citizens challenge big polluters with powerful political connections? And will local governments acknowledge pollution complaints and respond to protests as they struggle to revive economies affected by the trade war and COVID-19 pandemic? So far, signs suggest that Beijing is committed to engaging public participation. However, they also want to control the agenda or manage public voices in a way that would be harder to do in Western democracies where citizens and the media can publicly call leading politicians to account. It will be interesting to see if China’s brand of managed public participation can be effective in policing polluters.

YCW: To what extent is there a climate change “movement” in China and how it has evolved over the last decade in response to enforcement efforts?

DvdK: In China, regime constraints make it very hard for citizens to mobilize the kind of cross-class, cross-regional movement that you might see in Western democracies. Yet, within both the state and society, there are strong pockets of support for policies that address climate change. For instance, the central government has pushed to restructure industry and advance industrial upgrading in a bid to reduce emissions. Even during the trade war when industry was suffering, Beijing didn’t shy away from its policy of shutting polluting factories across the country. This signals that Beijing has the will; It is serious about cutting emissions, despite these measures being costly to local economies. The question is whether this strategy of arbitrary shutdowns or one-size-fits-all measures can achieve lasting reductions in emissions, or whether it might discourage industry from investing in compliance.

There is also very strong support in civil society for environmental protection. Environmental NGOs have engaged in policy advocacy for decades, pushing forward the agenda on controlling air pollution, preventing dam building, or redressing severe pollution incidents. The urban middle class are also engaged in online and offline protests, including against air pollution, factory siting, and food safety. Some put this down to NIMBY-ism (where wealthy citizens only care about pollution in their backyards) but in a country where citizens face serious constraints on mobilizing movements, it is hard to tell if this is just NIMBY-ism or the tip of the iceberg.

Moreover, because China has long been the world’s factory — with MNCs outsourcing their polluting manufacturing to China — what happens in the backyard of China’s middle class is related to climate change. If the public can get these factories to clean up or use energy more sustainably, then they will make a huge dent in China’s carbon emissions.

Moving forward, I think where we might start seeing real signs of movement forming is in the consumption patterns of China’s middle class. Already we’re starting to see a shift towards sustainable fashion over fast fashion, or a backlash against rampant consumption with the “lie flat” (躺平) movement, or groups of disaffected urbanites moving to rural areas. It will be interesting to see how widespread these movements become in the coming years.

YCW: Do you have any recommendations for further reading on this topic?

On the environment and China’s expansion abroad: “The Specter of Global China” by Ching Kwan Lee (University of Chicago Press, 2017).