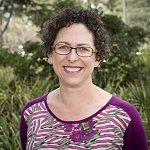 Dr. Jane Golley is an economist focused on a range of Chinese transition and development issues. She is an associate professor and the acting Director of the Australian Centre on China in the World at the Australian National University (ANU), where she was formerly an undergraduate. She has previously worked at the Asia Section of the Australian Commonwealth Treasury, the World Bank in Washington, DC, and the United Nations University’s World Institute for Development Economics Research in Helsinki. Jane studied and taught at the University of Oxford for eight years before returning to the ANU’s School of Economics in 2003. Jane was president of the Chinese Economics Society Australia from 2010 to 2012 and continues to be an active member. She has authored and co-edited a number of books, including the China Story Yearbook 2017: Prosperity, released in April 2018.

Young China Watchers (YCW): Why did you choose prosperity (富) as the theme of 2017’s China Story Yearbook and how did this guide the editorial process?

Dr. Jane Golley (JG): Every year around May, we get together and talk about the dominant themes in China that year. I was already set on prosperity because I’d been listening to President Xi Jinping’s speeches since January. Last year started with Xi going to the World Economic Forum in Davos, where he talked about how China was committed to the global economic order and determined to uphold the principles of free trade. Whether it was shared prosperity, common prosperity, or global prosperity, he talked about these concepts all the way through that speech.

Prosperity kept coming up. In the video “The Belt and Road is How,” there were ukulele-playing, multicultural children singing about how China was going to bring prosperity along the old Silk Road. Then at the Belt and Road Forum in May, 1,500 people from 130 different countries gathered to discuss what Xi describes as “China’s plan shining with wisdom from the East”—how China will bring common prosperity to all.

In the Yearbook this year, there are stories of fortune, happiness, success, opportunity, and dreams. There are also positive stories about China’s cooperation in Africa and philanthropy, including the charitable giving of the new wealthy class. But also dotted throughout the book are stories about power, control, corruption, crime, inequality, poverty, and anxiety.

YCW: How do you, as an economist, define and quantify prosperity in the Chinese context?

JG: You need to measure prosperity in a relative time context—for example, 10 percent growth over 3 decades lifted around 500 million people out of poverty, and there are now only 84 million people who live on less than USD $2 per day. Nearly everyone is better off than they were 5 years ago, 10 years ago, definitely 20 years ago. That’s one measure of rising prosperity, but it’s still hard to say that it makes China truly prosperous – when per capita income is still under US$9000, ranking just 75th in the world in 2017. But still, that dramatic improvement has given China confidence; no other country has come from behind like this, integrating into the global economy while still doing things with Chinese characteristics as we hear all the time.

Xi Jinping had been talking about a moderately prosperous society for a long time, but then at the 19th Party Congress he committed to “leaving no Chinese person behind.” That is a huge commitment. Look at Australia: I saw a picture in a news article recently of a man lying on the street with the headline that Australia had given up on any idea of equality. China still has massive inequality issues, but at least the political commitment to eradicating it exists in principle.

YCW: In the 2017 Yearbook, you said, “Prosperity is a double-edged sword that not only aids control but threatens it.” Can you explain what you mean?

JG: It’s this idea that China’s rising wealth has made the government strong and powerful, but has also given more power to regular people than they had in the past. The Party has always tried to control Chinese individuals in many different ways (including what they can watch and listen to on state-controlled media). But the vast majority of Chinese citizens have been able to overlook this, as they have benefited individually from China’s rising wealth and power. The Party has also very cleverly brought people into one tent – the Communist Party – by expanding its membership to include entrepreneurs, for example. The majority of Chinese people really have no interest in bringing their government down, or talking seriously about democratizing China, even if that’s what so many in the Western world want to believe. But that doesn’t mean it will always be this way. The wealthier people become, the more likely they are to challenge the Party, or at least to cause trouble for it – we see this in Gerry Groot’s chapter in the book about Xi Jinping’s ‘foxes’ – officials accused of corruption who have ‘escaped’ overseas.

YCW: Are you confident about the Party’s ability to remain in power?

While I don’t think that everything the Party-state does is fantastic by any means, I do have some confidence in their capacity to lead and govern, and so yes, to remain in power. This comes from my 25 years of watching China as an economist.

When there’s a problem, they may not solve it immediately, but they have such a competitive education system with some of the best brains in the world still striving to work in the public service – these people prove time and again that they are able to solve complex problems when they come up, even if their solutions aren’t always the ones straight from an economics textbook.

One contentious example is the stock market crash a few years ago. The Chinese government stepped in and pumped money into the system. Western neoliberal economists were very hard on that decision, criticising China for heading backwards in terms of market reforms. But then there wasn’t a China financial crisis, so I’m not so sure that criticism was warranted. An even bigger example was during the global financial crisis, when the Chinese government pumped RMB 4 trillion into the system; critics talk about all the debt this created, but it did stave off a recession and kept people in employment. Sure, it comes at a cost—but it’s the world’s wealthiest government with more than USD 3 trillion in foreign exchange reserves and a vast portfolio of domestic assets as well. So it would likely have the capacity to bail out failing companies and banks if it came down to that.

YCW: How do you think the Belt and Road Initiative (BRI) will reshape the economic order in the Asia-Pacific?

JG: That is the big question. This is a three decade-long plan; some elements embody China’s approach to domestic regional development over the last 60 years. To assess how compatible these tools and methods are with the current international economic order we need to think carefully about how we define that order. One of the premises of the “rules-based order” is free trade. In that sense, the BRI’s emphasis on lowering tariff barriers between two countries is quite consistent with free trade—certainly more so than what Trump is doing, and it’s important to make that comparison.

But perhaps the biggest challenge to that order is that the BRI is being executed through a multi-layered state. The process is not as straightforward as Xi saying to a provincial government, “I want a project implemented here,” the provincial government dictating to a state-owned enterprise (SOE), and then the SOE dictating that the China Development Bank make money available. Instead, there is definitely a lot of competition within China, as state-owned enterprises compete for provincial favoritism and state-backed credit – with one contractor eventually emerging as the ‘winner’. So a foreign government might accept Chinese money to build a road, but that money will come through a Chinese policy bank, with Chinese state-owned contractors employed. This whole process is not entirely compatible with the international economic order as we know it.

However, just because they’re state-owned doesn’t mean they necessarily threaten the system, if the system is strong enough to make sure they behave well. In Australia, there is no evidence that state-owned enterprises have acted out-of-line compared to the actions of other commercial multinational enterprises, and that’s because we have a strong regulatory and legal system. The counterexample is Pakistan, where people are saying, “How’s China going to stop all this money going into corrupt hands and being mis-spent by the Pakistani state?” I respond to this by asking a different question: “What’s Pakistan going to do to stop that?” This is a way of seeing China’s rise as an opportunity (and not a threat) – an opportunity for host countries to get their own houses in order.

YCW: How does the opposition of Western countries (such as Australia or the UK) to joining the BRI affect the overall success of the initiative?

JG: If we all started getting together and pushing hard, we could make real problems for the BRI. I think there are strong elements in the American and Australian governments that want the BRI to fail. But I don’t think it will fail because China has the numbers.

What I hope they do instead is encourage China and all the players to play the game better. For example, the risk analysis market is booming in China. People are trying to understand how to mitigate the risks of investing large sums of money in developing countries. Australia could provide consulting to both donor and recipient countries on how to do that because we have experience in that area. Australia has really annoyed China by saying nothing constructive and only pushing back. We are likely to see Chinese investment into Australia falling further as a result of this, and it’s not obvious what we will gain in return.

YCW: Should Australia then support the BRI?

JG: I get the sense that Australians are holding onto a sinking ship. We’re not waking up and preparing for a future where there are two choices: We can either work with China to make these initiatives better, or rail against China and make it the enemy. I can’t see how the latter doesn’t end in the undesirable outcome of military conflict, with massive economic costs. The understandable reticence comes from the lack of a clear blueprint. But to counter that, you can join on your own terms and conditions, and our diplomats are very skilled negotiators.

The classic comparison was the debate over whether Australia should have joined the Asian Infrastructure Investment Bank (AIIB). We pushed back against it initially, but then followed the UK and joined. Now we have a seat at the table, which gives us a chance to influence from within. Seventy-two percent of all AIIB loans at the moment are with other multilateral development banks (MDBs), ensuring that they are collaborative and cooperative projects. This is a positive signal that while the AIIB is a China-backed bank, it is intent on having a governance structure that is consistent with other MDBs and is also seeking to learn how other MDBs operate.

At the same time, I think we haven’t yet come around to recognize that while the Chinese do things differently, they’ve had some good successes. There’s a lack of humility on the Australian side that the Chinese might actually have skills of their own to bring to the table. You’re not even at the table if you say no to the BRI. If the whole Western world said no to the BRI, plenty of the developing world would put their money into it, and then the projects would be even more problematic. China has a greater chance of changing the global economic order if we don’t work with them; to work with them means accepting a more multipolar world, which a lot of people aren’t quite ready to accept.

Voices on China – Dr Jane Golley: Acting Director, Australian Centre on China in the World at the ANU