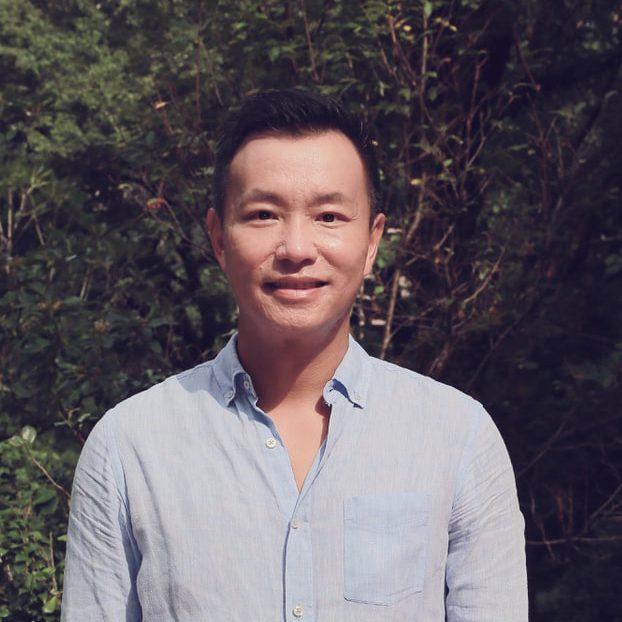 Dr. Enze Han is Associate Professor at the Department of Politics and Public Administration at the University of Hong Kong. His research interests include ethnic politics in China, China’s relations with Southeast Asia, and the politics of state formation in the borderland area between China, Myanmar and Thailand. Dr. Han received a Ph.D. in Political Science from the George Washington University in the United States in 2010 and was a postdoctoral research fellow in the China and the World Program at Princeton University. Dr. Han was a member of the Institute for Advanced Study at Princeton in 2015-2016, and a Lee Kong Chian Distinguished Fellow on Contemporary Southeast Asia at National University of Singapore/Stanford University for the academic year 2021.

This is a guest contribution by Attawat Assavanadda, Visiting Research Fellow, Chinese Studies Center, Institute of Asian Studies, Chulalongkorn University, Bangkok, Thailand. The interview has been edited for length and clarity.

Young China Watchers (YCW): It has been over two months since the Tatmadaw — Myanmar’s military – seized power from the democratically-elected government. Many countries have condemned or even imposed sanctions on the coup. How has China responded so far regarding the coup?

Enze Han (EH): Condemnation and sanctions come mainly from the West. The European countries and the United States have a limited amount of economic interest at stake in Myanmar, compared to Asian countries. Therefore, it is easier for them to condemn the military coup. In terms of politics, the non-interference in domestic politics is one of the core principles of the Association of Southeast Asian Nations (ASEAN) and a long-standing foundational principle for China’s foreign policy. As a result, China has not openly condemned the coup, but China’s statement at the United Nations, for example, did call for the peaceful resolution of the ongoing situation and the release of the political prisoners. That indicates China’s overall displeasure towards the situation in Myanmar.

YCW: Some observers and protestors contend that China stands behind the military junta. Why are the Myanmar protestors suspicious of China? Do you think that China is really behind the coup?

EH: As I said earlier, China has shown its displeasure with the ongoing instability in Myanmar, but the problem is that China’s actions are widely misinterpreted and ignored, especially among the Burmese.
The Burmese have a long and strong tradition of anti-foreign sentiments, and such sentiments are a key component of Myanmar nationalism in the modern period. With the extended trauma of colonialism, Myanmar nationalists have the tendency to view foreign forces as threatening the country’s sovereignty. Ever since independence, the Myanmar state and society have been very guarded toward foreign interference. At the same time, anti-China sentiment has a long tradition in Myanmar. It dates back to the colonial period with the Chinese migration to Burma. At the same time, the economic influence China has wielded over the past decades has also generated grievances in the country. So, it is not surprising that such strong anti-Chinese sentiments emerge at this stage.

“The Burmese have a long and strong tradition of anti-foreign sentiments, and such sentiments are a key component of Myanmar nationalism in the modern period.”

However, I personally do not think China supports the coup. If we look at the situation logically, China had an excellent relationship with the previous National League for Democracy (NLD) government led by Aung San Suu Kyi. Suu Kyi’s government arguably was more pro-China than Thein Sein’s, and China’s economic relations with Myanmar have significantly improved over the last five years. It does not make sense for the Chinese government at the current stage to sabotage this positive relationship. The current political instability unleashed by the coup is certainly not in China’s interests given so much of its economic investment is now at stake.

YCW: China and Myanmar are neighbours who share over 2000km of border. What happened in Myanmar should therefore be closely watched by the Chinese elites. In your understanding, what are China’s interests in Myanmar?

EH: Myanmar is essential to China’s access to the Bay of Bengal, where pipelines, among other things, are in place. There are a large number of Chinese companies and workers who work in the mining and hydropower sectors. There are also a lot of private businesses who went to Myanmar. So, the overall size of China’s footprint in the country is definitely big.

In a larger picture, still, China’s stakes in Myanmar are not that high. China is a big market for Myanmar but not the other way around. Myanmar represents only a small percentage of China’s overall overseas investment. Based on this reason, I also do not think the current crisis in Myanmar would undermine China’s domestic economic stability. Myanmar and China maintain an asymmetrical relation. China would not suffer that much because of the Myanmar crisis. While the pipelines are important to China, to say that threatening cancellation of these pipelines would force China’s hands I think is a bit premature.

What is more worth mentioning is that — at a geostrategic level — China’s grand strategies such as the Belt and Road Initiative will not work properly in Myanmar if the situation deteriorates. Also, the prolonged instability and even a new round of civil war will have harmful consequences at the Chinese border in terms of refugees and border instability. Refugees will obviously come to China if Myanmar’s domestic situation deteriorates further. Already at Ruili there has been a new COVID-19 outbreak as a result of people crossing into Chinese territory. In that sense, China has a strong interest in preventing the crisis in the country from getting out of control.

YCW: China has long advertised itself as a peaceful and responsible rising power that seeks to contribute to world peace and prosperity. Can the case of Myanmar’s coup be a “test” for China’s responsibility as a great power?

EH: China is in a big dilemma. On the one hand, China wants to stick to the principle of “non-interference.” On the other hand, because its interests are getting global, it is clear that China needed to protect its interest and compromise the non-interference policy.

What China has not done enough in the case of Myanmar is taking a much harder position on Myanmar’s domestic politics; It should be more forceful in dealing with the military government. However, it is easier said than done. I am not sure how much Beijing can influence the Myanmar military, because the military is arguably the most suspicious towards the Chinese. However, the Chinese government should — at least in its public statements — show more sympathy or compassion towards the civilians who died during the coup or the protest period. Chinese leadership should be more outspoken.

It is time for China to show a much stronger position; Not necessarily to support the military or the opposition but to try to play a role in helping Myanmar find the best way to restore stability. It requires compromise and negotiations.

“It is time for China to show a much stronger position; Not necessarily to support the military or the opposition but to try to play a role in helping Myanmar find the best way to restore stability.”

YCW: China’s Foreign Minister said that China is ready to work with ASEAN to ease the upheaval in Myanmar. Why did China want to utilise ASEAN as a tool in addressing the problem? How could China help resolve the crisis?

EH: China’s preferred foreign policy choice in South East Asia emphasizes ASEAN centrality because the ASEAN centrality does not pose a threat to China, while the alternatives — U.S.-centric, European-centric, or Japan-centric — are detrimental to China’s interests. That’s why China prefers to let ASEAN take a leading position in dealing with many regional issues. China’s emphasis on ASEAN centrality also means that it would not allow other external powers to take the lead.

Still, the problem is that ASEAN itself does not have enough tools to deal with the crisis in Myanmar. Moreover, many of the ASEAN countries are not democratic. They have their own internal problems. If they criticise Myanmar for the coup, one day they may face the same fate.

YCW: What are the similarities and differences between China’s approaches in responding to the recent coup in Myanmar and the 2014 coup in Thailand?

EH: I think it is pretty different. The resistance to the coup in Myanmar is much stronger. In Thailand, there is a curfew in the evening, but everything came back to normal in the day. The resistance in Myanmar is widespread. It is thus unlikely that the Myanmar people would go back and run their usual businesses. The social conditions in Myanmar and Thailand are quite different.

In terms of China’s recognition of the military government in Thailand, China believes it is Thailand’s internal business. However, there are critical differences between recognising the military government and supporting the authoritarian regime. China also had a good relationship with Thai democratic governments before the military took over. So China’s relation with Thailand was not affected by the nature of the regime. However, in Myanmar’s case, it seems such a position is not sufficient, as the current military junta is much more brutal in terrorizing the citizens than its Thai counterpart.