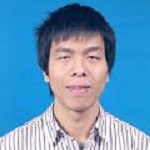 Fangrong Wu, born in the 80s, is a co-founder of 706 Youth Space – a public space for young people in China to explore different ways of living and to develop and discover their identity. Wu actively organizes online and offline events such as culture salons, open classes, and film screenings. His vision is to connect young people to topics ranging from humanities to science and encourage them to be curious students of life. He created the concept of “youth public space” (青年公共空间) and advocates Chinese youths’ meaningful participation in public life. The concept has been widely adopted in many other cities in China, such as Nanjing, Shanghai, Hangzhou, Chongqing, Guangzhou and Qingdao, and resulted in more than 30 similar Youth Spaces across China.

The following is an interview with Fangrong Wu, translated from Chinese and edited for length and clarity

Young China Watchers (YCW): Where did the idea of creating a public space for free debate come from?

Fangrong Wu (FW): The idea of creating the 706 Youth Space (706) originates from a shared enthusiasm for free debate between me and my friends. I vividly remember the time when, back in 2008, monumental events such as the Sichuan Earthquake and the Beijing Olympics brought academics and public intellectuals together to discuss social issues in the public sphere. Keeping up the good vibes, our vision was to take heated discussions on Renren Network, a Chinese social networking service similar to Facebook, offline and to motivate people to have real-life social interactions, especially high school students.

After several failed attempts of organizing events in schools, we realized that a public space outside the classroom was desperately needed for youths in China to have meaningful discussions and participate in public life. We set up ICU College (开放大学) and tried to organize events online. The college later evolved into 706 as we decided to set foot in Beijing.

YCW: What was the free-speech environment in China like back in 2012 when the first event was hosted? How different was it compared to now?

FW: People I met in Beijing back in 2012 were all very active and passionate. Witnessing the coming together of these young people to drive open and free discussion and the passion and commitment of all involved has been incredibly inspiring and energizing. At that time, everyone seemed to have no scruples and pretty much talked about anything. Renowned scholars from various fields were happy to sit down and chat with young people without reservation. Today’s pay-for-knowledge market was nowhere to be found back then. Knowledge was free and for free. In 2013, the free speech environment was further enhanced, as people had a growing interest in a diverse array of topics ranging from LGBTQ to migrant children.

We all had the belief that our society was going to be free and open. We thought that this was the beginning of the good times. No one could guess things would take such a drastic turn later on. The year 2015 was a turning point – the time when Renren Network’s influence started to decline, and people started to engage less in public debate. Middle-class families began to leave China. Public intellectuals started to keep things to themselves and were afraid of sharing their opinions in public. Around 2017 and 2018, signs of “entertainmentization” of social affairs (泛娱乐化) started to surface. Under tighter government control over free speech, young people have become even less passionate about exchanging their views with others.

In this era of rapid change, 706 changes with the Chinese society. We more or less followed the ups and downs of China’s free speech development. We had our golden times in 2013-14, went downhill in 2016-17, and are now more focused on global issues, such as AI, new media and new forms of mobilization. We are still at an experimental stage.

YCW: It has been eight years since you and your friends founded 706. You all started as university students and are now probably in your 30s. As you age, what are some of the fundamental changes in your mindset or approach in terms of managing the public space and promoting freedom of speech in China?

FW: If there is any fundamental change in my way of thinking, I would say I have transformed from a person who is full of passion and proud of what I have achieved, to one who is more pragmatic and less ideological. In the first couple of years, we discussed politics together and were all eager to change China. We valued and cherished freedom of speech. After all these years, however, perhaps because we are a bit exhausted, we increasingly pay more attention to ourselves and the people around us.

A friend of mine once said to me, “If an idealistic or Renaissance man cannot find his way and cannot create his own world nor live his lifestyle, then his life is destined to be painful.” His words inspired me and I have decided to be more pragmatic. I hope to maintain the academic nature of 706 and meanwhile do some commercial projects. Now I don’t pay as much attention to “big” social issues — rather, I want to do projects on the ground that have a real-world impact. For instance, I am exploring opportunities to deliver quality co-living space that promotes inclusion and innovation. Hopefully, in the near future, we can run youth hostels in different cities in China.

YCW: With the departure of many founding members, how do you ensure the mission and values of 706 remain the same?

FW: I don’t think the departure of anyone has had any impact on the operations of 706’s day-to-day services. 706 is ever-changing, so is China’s social environment. We need to adapt to change.

It is hard to say what are 706’s core values. If I must say, they are a response to what is going on in our society. Every one of us is aware of the tremendous changes that have taken place in China in the past 10 years. Especially after COVID-19 hit, our society was turned upside down. The process of socialization has been redefined dramatically by these changes. 706 is a wake-up call for Chinese society to rethink what young people want and need. Young people are in desperate need of a self-contained community like 706 that offers them a space to discuss social issues openly, collectively achieve self-actualization, collect broken pieces of themselves and create a self-identity. In this sense, 706’s values stay the same regardless of who leaves and who remains. It was indeed the 12 of us who invested our time and money to make 706 happen in the first place. But what followed was driven entirely by the people, by the community, not us.

YCW: It is a shame that the headquarters in Beijing has to close down due to COVID-19 and pressure from the government. How do you plan to continue running this space despite the pandemic and government intervention? What are the challenges?

FW: We were lucky enough to have survived financially in the past few years. But this time, COVID-19 has hit us really hard. The good thing is it has got me thinking: How can 706 transform? I came to realize that it’s all about people. It’s okay to be without a physical space. Over the years, 706 has gathered a group of like-minded peers who are passionate about communicating knowledge and making positive change. Thanks to their support, 706 still has an influence on young people in other cities, just in a different form. As long as people’s hearts are open, 706 is here.

In terms of challenges, I think it is time for us to reflect on how we can better respond to the crises young people in China are facing. It’s also time to rethink how we can balance commercial interests and our pursuit of social and economic justice. It’s also worth thinking about how not to let [financial] capital manipulate social capital and how we can create a space for people to turn their ideas into action.

I can’t say for sure where 706 is heading. But what I can say is our society is still in transition, and we are all part of this transition. We need to adapt to change and even take advantage of it. We should embrace hope and do our best. It’s best we keep our expectations low, though, so we won’t be disappointed. It’s already an achievement when everyone spreads the word in their communities and lets their thoughts radiate like the sun. To me, it’s truly phenomenal what we have accomplished together. We are forever grateful to have a group of wonderful and creative peers around us who strive to explore different ways of living and move together with one heart, mind, and purpose.