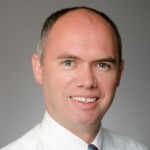 Fraser Howie is Director of Newedge Financial in Singapore and co-author of three books on the Chinese financial system, including “Red Capitalism: The Fragile Financial Foundations of China’s Extraordinary Rise” (named a 2011 Book of the Year by The Economist). Fraser has been trading, analyzing, and writing about Asian stock markets for 20 years. During that time he has worked for a number of companies in Asia, including Bankers Trust, Morgan Stanley, CICC, and CLSA. Fraser has contributed to the Wall Street Journal, the South China Morning Post, and other publications, and is a regular commentator on China for international media outlets.

Young China Watchers (YCW): You made an interesting point in your 2011 book “Red Capitalism“: that China has all the symbols of a modern financial market but the market itself is not modern. What has changed since?

Fraser Howie (FH): What has been frustrating for long-term watchers is how little has improved. “Red Capitalism” was the story of the bank recapitalization starting in the late 1990s through 2010, as well as the changes in 2009 that meant discipline was lost when authorities turned on credit taps with the stimulus. Since then, the pattern has been to follow that same stimulus model: take all of the worst experiences of the West that are driven by debt and over-leveraging. So what do you do? You cut rates even further, print more money, and put more debt into the system. The real tragedy is China looks very similar to Europe, Japan, and the U.S. at different periods in the cycle. Eight years ago at the Beijing Olympics, China seemed to be the miracle economy. Two Olympic cycles later, China’s argument is, “Both Japan and Europe cut rates, so we can cut rates, and we can buy up poor assets.” Those were not particularly good policies for Europe and the U.S. then—and they’re not necessarily good for China.

At least in the West, you could argue that emergency measures required drastic measures. In China there hasn’t been a crisis. Growth is still much higher than the rest of the world, but right now they are managing the problem in the short-term and leaving problems for later. In that sense, tragically, very little has changed. 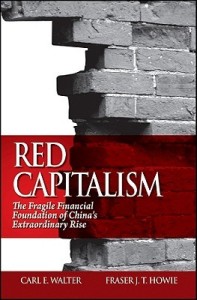 YCW: By intervening to devalue the yuan, Beijing has spent billions in foreign currency reserves to support the exchange rate. To what extent can China continue to defend the yuan without causing significant capital flight?

FH: The good news of sorts is that it seems to have stemmed the worst of the volatility. But the currency is nowhere near free-floating by any measure. Is it more volatile than it was in the past? Yes, and that should be expected in a more market-driven currency. That said, the government is still very active in defending price ranges and cautious about currency moves. But its intervention with onshore and offshore markets has frightened away a lot of speculators. The flip side is that by doing that officials have also weakened the Renminbi’s ability to develop as a global currency.

I still think over the longer-term there is another devaluation coming. Is China really benefiting from open market principles when it comes to their currency? Absolutely not. Is it developing the Renminbi as an international currency? Not as much as they’d like. Hong Kong offshore Renminbi deposits are now at a two-year low, and nobody has any idea of the Renminbi’s true global demand. Renminbi assets are limited in scope; and getting Renminbi out of China remains problematic. Devaluation pressure may have eased for the moment, but it will come back because the fundamental problems have not been resolved.

YCW: What did the People’s Bank of China (PBOC) and China Securities Regulatory Commission (CSRC) get wrong in its handling of the dramatic stock market crash last year? What did they get right?

FH: I can’t think of anything that they got right. Did they stop the market from falling? Yes, I suppose they did, in the sense that if they had not bought tens and millions of stocks, the market would be even lower. But for all the booms and busts that China has had before, you’ve never had such a coordinated effort to manipulate the market. This means spending millions to buy it up, restrict people from selling, and launching a witch-hunt against those who were selling. It’s very much a “destroy the village to save the village” mentality.

In terms of the bailout, the stock market isn’t that important. It ran up because of speculative forces and a huge amount of leverage. From that standpoint, this was containable in the sense that it was falling for particular reasons; it was expected. But they created another problem with an artificial overhang of stock. Last summer there was so much leveraging in the stock market that investors defaulting on their debts could certainly have a knock-on effect into other parts of the economy. Slowing the fall with restrictions allowed for some unwinding of that leverage. But it was very strange that the government’s official reason for restricting selling and intervention was to provide liquidity to the market. This is a market that trades tens of billions of dollars a day. There was plenty of liquidity. If there were no buyers at a certain price, that’s because the prices were simply too high.

The biggest problem is the loss of trust in the Chinese authorities and the regulator. The regulator is there to set the rules of the game and make sure that everyone plays fair. Their job is not to interfere and manipulate the market.

YCW: You’ve been quite critical of the PBOC’s recent decision to allow commercial banks to conduct debt-equity swaps to offset bad debts and address non-performing loans. What should China be doing instead to tackle its mounting debt?

FH: Debt-equity swaps are a perfectly valid tool to solve a problem as long as you have a clear understanding of the role of the bank, the management role, legal titles, and investor protections. That’s the difficulty in China: You can do a debt-equity swap but you have none of the other surrounding information. Therefore, exercising control and impacting outcomes becomes very unclear. For instance, if a bank says, “This arrangement with a coal mine is no longer working and we need to write this off,” the bank can’t do that—the mine employs ten thousand people. That’s a real problem for the local village. But what does the bank do? Its listed as a commercial entity, but it lacks the freedom or flexibility to get a full return on its assets.

I’m not saying we should rush out and make people unemployed. But at the same time, if that is what the bank is doing, maybe that onus should be on the state. Also, there needs to be acceptance when investments turn out badly—you write down the loss and the bank takes some of the loss. The debt-to-equity swap should be— if not the last resort—a last resort, because it leaves the bank with all sorts of undesirable and uncertain responsibilities.

YCW: You’ve argued in the past that China’s debt problems are a chronic rather than acute condition. Is a Japanese-style “lost decade” in the cards for China?

FH: I think it is. China isn’t going to collapse, and it doesn’t need to collapse, because the government still has the ability to control capital flows and doesn’t have a lot of external debt. The ability to stave-off a Greek- or Dubai-style crisis is pretty easy in some ways. But you can stave off an acute crisis by having a prolonged Japanese-style crisis of falling prices, growing debts, slowing growth, aging demographics, and rising unemployment. A Japanese-style decline is far more likely than a sharp shock.

YCW: The recent talk of mass layoffs has begun to remind many of the late 1990s under Premier Zhu Rongji when millions were laid off and hundreds of SOEs were privatized. What lessons can Beijing invoke from its past to deal with the current economic downturn?

FH: There is of course a huge temptation to compare the reforms needed now with the 1990s and Zhu Rongji. He had the benefit of a booming global economy. The difficulty now is that there aren’t any catalysts for growth: Beijing faces weak external demand, demographic challenges, and a sliding domestic economy. While those tough reforms may pay long-term dividends, in the short-term China will have increased unemployment, reduced consumption, and reduced investment. Reforms are part of the solution, but the temptation to muddle through is very strong. If authorities are not going to make difficult changes or embrace liberalization of the economy, then we all need to taper our expectations for China.

When we look at the capital market, I worry that it is now too late to make meaningful changes. Looking at the capital account and exchange rate, China has basically done nothing to embrace the market in a decade. It broke the hard peg to the dollar in 2005, and then slowly appreciated the currency or kept it flat against the dollar. During that time, all it did was give the world a guaranteed return on Renminbi. That only increased distortions in the marketplace. After a decade now, unwinding those distortions is hugely difficult, with little room for error.