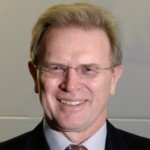 Hugh Stephens is a Senior Fellow at the Asia Pacific Foundation of Canada (APFC), with more than 35 years of government and business experience in Asia. Before returning to Canada in 2009, he served as Senior Vice President, Public Policy (Asia Pacific), for Time Warner in Hong Kong, and continued to serve as a Senior Advisor until 2013. Prior to this, Stephens spent 28 years with Canada’s Department of Foreign Affairs and International Trade (DFAIT), including postings to five missions in Asia.

Young China Watchers (YCW): Shortly after you became a foreign service officer in the 1970s, China embarked upon its reform and opening up phase (改革开放). What did the diplomatic service think about this development? What misconceptions were held about China around this time?

Hugh Stephens (HS): I served at the Canadian embassy in Beijing in the late 1970s, when China was taking the first tentative steps to economic reform. When I first arrived, Deng Xiaoping was still being referred to as “the No. 1 Capitalist Roader.” By the time I left in 1980, he had not only returned from political oblivion, but was in charge of the reform and opening up policy. At the time, I doubt if anyone realized the extent of the change that China would undergo.

I returned briefly to Beijing in 1983. By then, the signs of change were palpable, from the clothes of ordinary citizens (no more “uniforms”) to a much greater range of products, especially imported products, in stores. China had just gone through many political upheavals; what was black one day was white the next. It was not a foregone conclusion that there would not be another sudden policy shift and China would go backwards again. The arrest of the so-called “Gang of Four” made such a reversion less likely, but at the time no one was willing to bet that reform would proceed. But proceed it did, gathering momentum to the point that there was no going back on either political or economic policy. China would never be the same.

YCW: Canada’s relations with China have gone through several policy shifts, ranging from the Team Canada missions under former Prime Minister Jean Chrétien to the on-again, off-again approach under Stephen Harper, which saw Canada designated as the official RMB exchange hub for North America. What can we expect under the new Prime Minister Justin Trudeau? 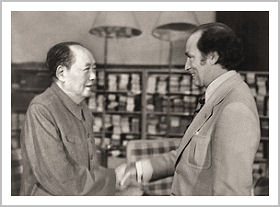 HS: I expect to see a more proactive and sustained strategy to engage China on the part of Trudeau’s government. The legacy of goodwill from the role that his father, Pierre Trudeau, played in establishing Canada-China diplomatic relations in 1970 will help set a more positive tone. That said, despite Harper’s initial reluctance to engage China, he took a number of positive steps. This includes the RMB trading hub, as well as a bilateral investment agreement, Canada’s Approved Destination Status for Chinese tourists, and (reluctant) approval of the $15 billion takeover of Canadian oil company Nexen by the state-owned China National Offshore Oil Corporation (CNOOC).

So there are solid bilateral achievements to build on, although the previous Conservative government was hesitant to negotiate a Free Trade Agreement and did not pick up on an earlier invitation from former Chinese President Hu Jintao to develop a “strategic partnership.” I expect that Trudeau will revive both these initiatives. He needs to move carefully as there are still negative attitudes toward China and Chinese policy in the general population. The recent spying charges against a Canadian pastor in China will not make his task any easier. Trudeau will be in China for the G20 summit in September 2016, and I expect that Canada will explore a prime ministerial visit to China either before or around that event. It is important for Trudeau to visit China in his first year in office to send a positive signal that he wants to revitalize the relationship and make progress on a number of files, including economic and trade relations.

YCW: The Canadian energy sector has seen Chinese investment taper off since CNOOC’s $15 billion takeover of the Calgary-based Nexen Inc in 2012. How much of this has to do with foreign ownership rules? Have you noticed a wider international trend of foreign ownership restrictions targeting Chinese firms?

HS: The acquisition of Nexen was certainly controversial, given unease about China in public opinion and within the Conservative government. The compromise reached was to permit the acquisition, but close the door to future majority acquisitions in the energy sector by foreign state-owned enterprises (SOEs) and maintain a lower threshold for review of SOE investments in Canada. There is no doubt that the policy decision and the accompanying messaging from the government were factors in slowing Chinese investment in Canada.

However, the drop in oil prices and the general decline of the energy sector are inevitably playing a role in the drying up of investment. The CNOOC-Nexen decision was not the first controversial acquisition by a Chinese company, particularly in energy and resources where there have been a number of failed bids. One would hope that as more major Chinese companies go global, it will become easier for them to make the kind of investments expected of a major global economic power. Canada needs investment and to shun Chinese investment is, in my view, very short-sighted.

YCW: A national opinion poll commissioned by the APFC found that Canadians are cautiously optimistic about foreign direct investment from Asia—except when it comes to China, where the opinion is mixed. What steps need to be taken to improve Canadians’ understanding of the challenges and opportunities associated with China’s rise?

Chinese companies operating in Canada have a role to play. It does not help when the CEO of a Chinese-controlled mining company complains about Canadian workers and publicly expresses the wish to bring in Chinese miners. Chinese firms need to become good corporate citizens and part of the community in which they operate; some, like Huawei, do this very effectively. Canadians also need to be better educated on the importance of foreign investment and the role that investment from Asia and China can play.

YCW: Canada recently declined an invitation to join the China-led Asian Infrastructure Investment Bank (AIIB) as a founding member, despite a number of Western partners signing on, such as Britain, Germany, and Australia. Was this a missed opportunity? Should we expect Canada’s participation in the future?

HS: It is correct to describe Canada’s failure to accept the Chinese invitation to join the AIIB as a missed opportunity, a view I have expressed before.

I think that joining the AIIB will be one of the options examined by the new Trudeau government. It is not too late to join but we should have done it at the outset, which would have given Canada a greater role and leverage.

HS: I have been very fortunate to have worked in many fascinating places in Asia with both government and the private sector. One of the great attributes of being a diplomat is the access it provides. It is generally more difficult for a private company to have the kind of access enjoyed by an embassy (although doors open if the company is large enough and the executive senior enough). But governments are also process-heavy and bureaucratic. What I liked about the private sector was the speed at which decisions were made. It was easier to measure success because profitability is a clear metric. It is much more difficult to measure success in government, where often the metrics used are more related to outputs than outcomes. The potentially broad-ranging impact of policy is an important element of government, and public accountability always has to be kept in mind. The implications of a business decision, while important to the bottom line, can usually be contained.

If one wants experience in government-business relations, it is probably better to start in government since there seems to be more of a movement to business than vice versa. Public service brings its own rewards in terms of satisfaction and filling a useful social role. Business is exciting because of the ability to seize opportunities and create wealth and opportunity. Having a perspective of both sides of the coin is important.

As for building a career focused on China, I would advise going there after completing professional qualifications and language studies. Jobs open up when you are on the ground networking and understanding the local environment. It is not always easy to transplant oneself given visa requirements and upfront costs, however there are ways to start getting the necessary exposure—study abroad programs, internships, English teaching, etc. All these are a good first step. After that it is up to you.

Voices on China – Hugh Stephens: The Road Ahead for Canada-China Relations