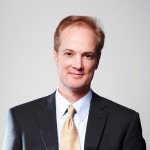 Jeffrey Towson is a professor at Peking University, a best-selling author, and managing partner of Towson Capital, a niche private equity and advisory firm focused on healthcare deals. He is the co-author of the bestsellers “The 1 Hour China Book” and “The 1 Hour China Consumer Book.”

Young China Watchers (YCW): You studied physics in college, received an MD from Stanford, and an MBA from Columbia. Professionally, you’ve run a hospital, worked as an investment advisor, and written a number of books. How did those experiences lead you to your current role in private equity?

Jeffrey Towson (JT): There’s always a tendency to rationalize things after the fact, but I don’t think everything fits together that beautifully in life. I have had one foot in healthcare for decades. I just shifted from the clinical side to the investment side. I don’t manage anything and I don’t sell anything—I do analysis. In that regard, working in a physics lab, treating a patient, and looking at a company are pretty much the same analytical process.

As for private equity, there’s a certain investment approach for deals that involve both developing and developed economies. I learned that approach from someone who was really good at it in the Middle East. After learning the basics, it was just a matter of applying it to a bigger market. I’d already been in Asia working on some projects so I just stayed. I’d say that explains 51% of the logic of my shift to private equity.

The other 49% is that I just like it. It’s fun— and living in Asia is interesting. Every year China’s economy is growing and it’s becoming more important. More and more companies in the West are trying to figure out how to invest and do business in Asia, and it’s not just the GEs and the Coca-Colas who are now thinking about China—it’s a lot of the medium-sized companies as well. I keep a foot in the West and a foot in Asia. I find that it’s a great space and a great life.

YCW: Based on your experience as a private equity investor, have you noticed any broad changes in the types of deals that come to you in China? How do you anticipate the private equity landscape in China will change over the next decade?

JT: Things are pretty overheated. There’s a lot of money floating around right now in China. You see a lot of the big Chinese companies looking abroad. For example, Fosun (复星) has been going to the West over the last couple of years. They’re going a little bit further afield to avoid all the competition.

The private equity world of China is unique. Exits are very hard so everyone is putting money in earlier investment stages. Eight years ago, everyone was just investing in pre-IPO companies. The most famous one was Jiuding Capital—there’s a whole Harvard case study about them. Then everyone kept investing in the earlier investment stages because of the increasing competition. Now there’s even a lot of money going into venture capital. So people are looking at funkier stuff. They were doing de-listings from the U.S. and trying to bring them back to China, but that just got shut down. Everyone is looking for unoccupied space.

Plus the domestic funds are pretty aggressive; their expectations on returns are also a lot lower. If you talk to Sequoia Capital or Carlyle Group in China, they would say the local funds are outrunning and outspending them right now. Ultimately, it’s a huge country and that’s the nice thing about it. If you’re raising a huge fund and you’re trying to deploy it, the market could be problematic right now. But there are always smaller deals you can find. The other problem is the foreign funds don’t have a big-money advantage anymore. And there is a regulatory advantage to being local. If you have a Renminbi fund, you can close a deal in days. If you’re bringing in foreign money it takes many weeks to get approval. Locals really did start to have an advantage in that regard.

Plus, a rich guy in Shanghai will generally put money more quickly into a Shanghai company, and with lower standards than a rich guy coming out of California. 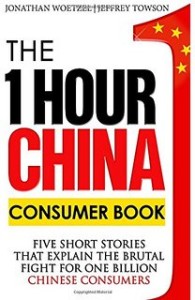 YCW: In your book “The 1 Hour China Book,” you and your co-author highlight six mega-trends. One mega-trend is the rise of Chinese manufacturing. Given the Chinese government’s determination to move towards a consumption- and service-based economy, would you replace that mega-trend with something else?

JT: We wanted to identify trends that move the revenue or the cost lines of companies. If we didn’t see the revenue line going up or costs going down, we didn’t consider it a real economic trend. We were very micro.

People want to talk about China in berms of rebalancing and macro-variables, but I don’t think much about them. Nobody really knows what the GDP growth of China is. It’s a billion people and nobody really knows accurately how much they’re producing in any given 12 months.

When I do think about rebalancing, I look at whether or not certain industries and companies are actually taking off with a shift to services and consumption. I also look a lot at Chinese consumers and their spending. They have money now and they didn’t have much 10 years ago. They all want healthcare, and healthcare is overwhelmingly a services business. That to me could be called rebalancing. But I don’t try to put together a whole macro picture, which takes up half of the media discussion on China. I generally skip through that stuff.

Another reason I don’t like thinking about the rebalancing question is that, even if you could figure it out, how do you make any predictions based on it? Even if you get to a solid conclusion that there’s a definite need to shift towards services, how do you translate that to “Hey, let’s buy that company”? It’s a pretty hard thing to do.

YCW: What is the most difficult adjustment that Americans have to make when starting a business or partnership in China?

JT: My number-one question for anyone is: What is your advantage in China? You need a really good answer to that because you don’t want to move there and try to work harder than other people. Everyone works really hard. You also don’t want to just try and be smarter than other people. Everybody’s really smart. Go into any local restaurant and everybody’s working hard and everybody’s really smart. You need to have some concrete, specific advantage you can point to.

The second question is: How sustainable is your advantage? I would argue that the private equity firms that came to China in 2002–2003 had a real advantage. They had international capital and some expertise but that advantage got wiped out in five years. It happened even faster for the international real estate companies.

You don’t want to compete fairly in China. There are too many people and everyone works too hard. You need an advantage of some kind. Let’s say you want to start a university or a school China. If that university is accredited by Cambridge in the U.K. and gives out Cambridge diplomas, that’s a real, concrete advantage and it cannot be copied. Brand is an okay advantage. Having foreign customers is a great one.

YCW: Many of our readers aspire to a career in China. What’s one specific mindset you’ve developed through personal experience that has increased your chances of success in China?

JT: What I generally tell my international students is to keep one foot in China and one foot out. One MBA student was from Norway and studying Mandarin. He wanted to move to China to take a job. But if he moved to Beijing and took a job for the long-term, he would have had a lot of disadvantages: He didn’t read or speak Chinese as well as others; his network wasn’t as strong; and people may not have viewed him as a long-term asset. However, if he went back to Norway, after a couple of years suddenly he’s the only guy in the company who speaks Mandarin. And he’s the only guy in the management who has worked in China, which has an increasingly important relationship with Norway. So who’s the CEO going to call when he or she needs to do something with China? That seems much smarter to me. You can be one of five in Norway or you can be one of 10 million in Beijing. One foot in and one foot out, it’s a way of eliminating a lot of competition.

I generally advise students who aren’t from China, and who don’t want to live their whole lives there, not to compete directly. You have to learn the language, you have to learn the markets but ultimately, you have to find some way to separate yourself from the competition. There are just too many people. I spend all my time thinking about competition so that’s my approach to pretty much everything!

Back to my earlier point: I don’t want to play fair. Playing fair is too hard.