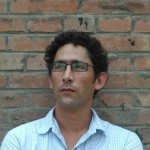 Jeremy Goldkorn is the founder of Danwei, a research firm that tracks Chinese media, markets, politics, and business. He is also the founding co-host of Sinica podcast, which features a weekly discussion of current affairs in China. He is also an affiliate of the Australian Centre on China in the World at the Australian National University and is the co-editor of the China Story Yearbook and website.

Young China Watchers (YCW): You spent 20 years living in China. How would you describe the different stages of your time there? Were there any specific watershed events?

Jeremy Goldkorn (JG): I first moved to China in 1995. What was going on in 1995 began in 1992, when the recovery from Tiananmen Square started and the market economy was forcefully pursued. The 1990s was a pretty wild and crazy time to be in China. There weren’t a lot of people on the Internet. It was still a very closed society and few Chinese people had passports or travelled abroad. There was this tremendous appetite for foreign knowledge of anything, ranging from how to run a modern automobile factory to how to make a good cappuccino. As a foreigner it was a really fun time to be in China because you would constantly be invited to work or consult on projects of all kinds, some of which you may have been completely unqualified to do except for the fact that you had an idea of how things worked in the West. In 1998 to 1999, I was the managing editor of the first independent magazine that targeted expatriates in Beijing. That was a defining experience of the 1990s, as I came into contact with all kinds of people who wanted publicity for one thing or another.

I would say the first period ended around 2000 or 2001, when China joined the WTO. The next phase was from 2000 to 2008, ending when China hosted the Olympics. The global financial crisis quickly followed, marking the next phase. Although there was a change of administration when Xi Jinping replaced Hu Jintao as president in 2012, in some ways I think the China that emerged from the financial crisis is still the China we are living with now.

YCW: What initially drew you to starting a business in media monitoring? How did Danwei evolve from a news tracking website into a research house?

JG: Back in the early 2000s, the Internet was starting to become a force, but the news world, was still quite dismissive of it. In 2003, the Southern Media Group conducted a groundbreaking investigative report on Sun Zhigang (孙志刚), a migrant who was killed in police custody in Guangzhou. This story was published online and led to policy changes in Beijing. There was tremendous excitement in the Chinese media because it felt like the Internet provided possibilities that were never there before. I felt as though foreigners’ perception of the Chinese media was that it was still pure propaganda; to me it seemed like there was a lot of change going on, and people were really engaged. At the same time blogging technology made it really easy to start a website.

All these factors came together. One night I got a bug in me and started translating and commenting on Chinese media on the Internet. I just started putting more energy into it and decided about a year later to quit my day job to run it as a media company. It grew, and at its peak we had about five people working full-time. We were on YouTube from the very beginning. Then in 2009 our whole website was blocked by the Chinese government, along with YouTube. This highlighted the complete vulnerability of trying to rely on media in China when you don’t have the correct license. I realized that if I was going to put food on the table, research was the reliable way to do it. That’s how Danwei became a research company.

Later on, the Financial Times came along and offered to buy it, which was an attractive offer for a bunch of reasons. It’s very tough being a small guy in China. In relation to the media industry, it was particularly difficult. I was optimistic when I started Danwei, but that optimism wasn’t really justified in terms of the way the media environment was going in China. It just simply wasn’t going to liberalize.

YCW: Outside of the major challenges related to being cut off from readers and businesses in China, did any part of you feel proud that those in the Chinese civil service took notice of your work? Was it in any way a signal to you that you had become an influential figure in China-watching circles?

JG: Honestly, I had thought that I was clever enough to dance just close enough to the edge and make an interesting website without getting blocked. Disappointment was the biggest emotion I had. The feeling of being proud that somebody had taken notice was something I told myself to console myself. It was devastating at that point; I’d put six years of my life into it. I hadn’t really made any money for those six years; it was a labor of love.

I still don’t know why Danwei was blocked. I published an uncharacteristically strong rant about how the government had started blocking certain Google services. It could have been that. At the time I was still consulting for a media company in Beijing and some of my recommendations were pissing off people at that company. After thinking about it for a long time, my suspicion now is that somebody from the company reported me. Still, I don’t know. That’s part of the way things work in China. I was never really able to get any kind of answer from anybody. I tried really hard. I used all the guanxi (connections) I had in the Chinese government and media circles but nobody would tell me anything.

YCW: Who would be your Chinese counterpart? In other words, what Chinese figure watches a country or countries in the West?

JG: There are a lot of people in China commenting on the West. One of my favorite media people in China is Rose Luqiu Luwei. She was a Phoenix Television journalist and she’s quite active on Twitter. I’m biased because she has what, in the West I suppose, would be identified as a liberal outlook on life, but she’s not trying to force an agenda. My former colleagues at FTChinese.com have also done a pretty good job. None of it is ideological and there’s not one, single voice. Another place I think is good is 共识网. This website was started by a number of Chinese intellectuals and they have very thoughtful pieces. It’s gotten a lot less interesting since Xi Jinping came into the picture, just as all Chinese media has!

YCW: What’s next in Tennessee? Have you taken up any projects that you wouldn’t have been able to pursue in China?

JG: Sinica! At the end of July I left Danwei and FT for a number of reasons. I needed a change after doing that for more than a decade, and it was also becoming a bit of a strain running it from here (Tennessee) across multiple time zones. What is nice about being in the U.S. is that you can run a media company legally without worrying about a knock on the door from the police!

I’m working on Sinica as a job together with Kaiser Kuo. We’ve been acquired by a media company called SupChina, a new media company currently focused on China. Kaiser and I are trying to raise the quality of the show both in terms of the content, the questions we ask, and the production value. We’ve spent money on new equipment and we’re trying to make the sound as crisp and professional as possible. I also have some personal writing projects, some related to China and some to my home country of South Africa.

JG: In the 1990s, the average European or American didn’t really care about China. They tended to think of it as a poor developing country that was kind of dirty and backwards. There was this same worldview among Chinese people, who thought of their own country as still being very weak and poor, and tended to think that the West was much better from all points of view. That has completely changed.

The watershed was the 2008 Olympics: Those perceptions, both inside and outside of China, completely shifted. Today there’s still a lot of uncertainty about how strong China really is. Chinese people still want to emigrate. There’s still a great deal of mistrust of the entire Chinese system by Chinese people. However, there’s also an incredible sense of confidence. It’s a much more open country so people are, in some ways, less curious about the West because they have much easier access to information.

As a foreigner arriving now, there’s a very different mixture of things greeting you. There’s less of an inequality between your life experience and the life experience of regular Chinese people. People are less curious and less interested in you. It’s more difficult to get jobs. You don’t just get a job because you’re a foreigner or have a foreign education. Now there are a lot of Chinese people who have a very good understanding of the West and foreign countries in general. There are also a lot of foreigners who speak great Chinese and many of them have actual, specialized skills! It’s much less the Wild East it used to be. It may be less fun in a certain way, but it has become a country where you can interact with people on a much more relatable basis.

Voices on China – Jeremy Goldkorn: Founder of Danwei and Co-Host of Sinica Podcast