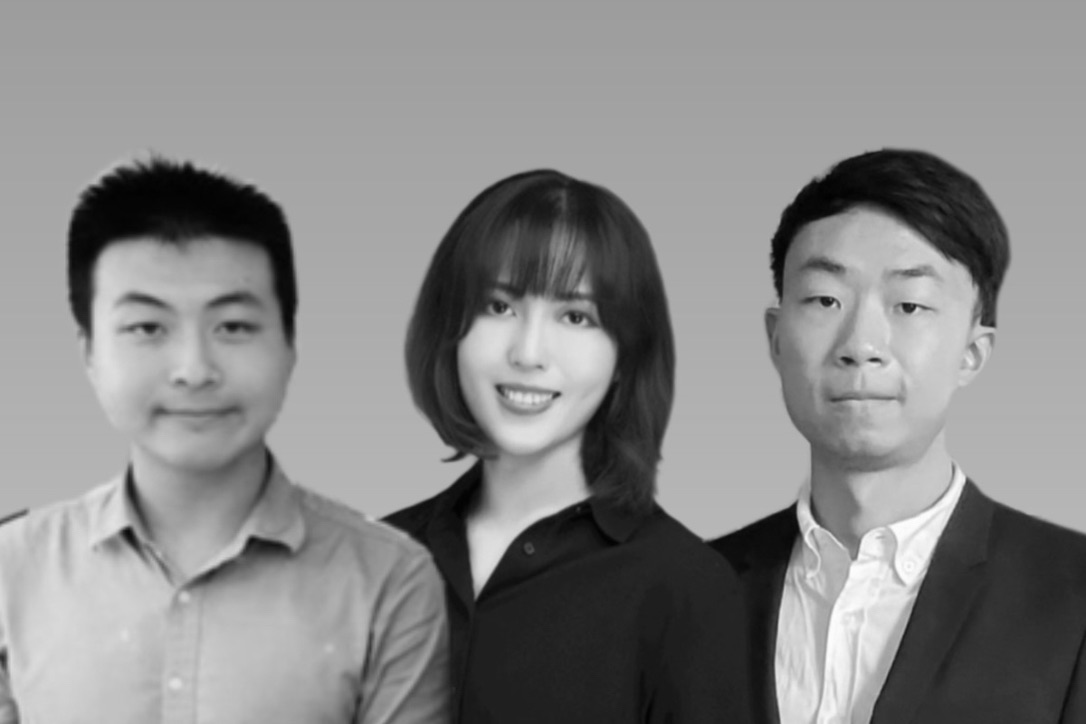 Christina Zhang is a DPhil candidate at the University of Oxford’s Centre on Migration, Policy and Society (COMPAS). Prior to her DPhil study, she worked as an urban planner on a broad range of urban regeneration and regional planning projects.

Young China Watchers (YCW): Can you share your motivations for founding the Cambridge Chinese Migration Studies Group (CCMSG) and promoting the studies of Chinese urbanism and rural-urban migration in the U.K.?

Joseph Zhao: The Cambridge Chinese Migration Studies Group originates from a shared enthusiasm for migration studies among Chinese visiting scholars in the social science field. It started in a quite informal setting. I realized there was no such platform for Chinese scholars who are experts in their fields but have constantly faced challenges with presenting their research in English in public. We wanted to offer a place of retreat for these researchers to sit together to discuss various academic topics. Migration studies sit at the intersection of various disciplines – regional studies, urban planning, sociology, language studies – and eventually we have come to believe its multi-disciplinary and inter-disciplinary nature would make it a great fit. That is how CCMSG was founded back in 2019.

YCW: What research topics are core to Chinese migration studies? What kind of impact is CCMSG creating to bridge the gap between academia and migration policy?

Joseph Zhao: In order to achieve development goals, policy makers should focus more on internal migration. For example, Global South countries like Vietnam and Laos see the gravity of issues surrounding internal migration and experience firsthand how big an impact internal migration could bring to their social development. While I understand there are challenges ahead, especially when scholars and migration policy practitioners hold divergent opinions regarding contentious topics such as the recent Ukraine refugee influx, we – scholars who have experience working on both Global South and North – need to bridge that gap.

Chris Zheng: We hope to produce knowledge about the vulnerable population on the move by offering a platform for scholars to share their research freely and let their voices be heard. To achieve this aim, we have hosted a series of seminars addressing the issues of concern to vulnerable groups, such as the left-behind children in Guiyang, forced migration due to urban regeneration in Nanchang, and Vietnamese minorities in China, to name a few.

Christina Zhang: The answer varies as the migration research focus will be different in different areas. For instance, scholars who study domestic migration and mobility in mainland China will pay more attention to topics related to Hukou system, rural-urban migration, and so forth. Many anthropologists have recorded the life of ethnic groups in China’s underdeveloped areas. These studies will help policymakers to develop an in-depth understanding of the demand of vulnerable people and thus improve the current population policies. We are striving to expand the influence of CCMSG, involving not only scholars but also people from other areas in our discussion of migration issues.

YCW: How have the trends of rural-urban migration in China changed over the years during different political periods (e.g., during the Cultural Revolution, Reform and Opening Up, and in this era where China is active in expanding its international order through multilateral initiatives)?

Chris Zheng: I would say during the Cultural Revolution, internal migration in China was effectively driven by the prevailing “Down to the Countryside Movement” that had resulted in millions of urban youths working in the countryside and being separated from their families. Nowadays, people are wondering whether a similar policy would be adopted given the pressure of the increasing number of college graduates and shrinking employment opportunities.

With the policies of rural revitalization, I would expect a new wave of urban-to-rural migration. When the government builds infrastructure in the rural areas, they expect people to move there. But I do not think this is feasible or practical. This is because Chinese villages before the reform of the Household Responsibility System were both administrative units and economic units where the government could arrange the so-called privileged urban youth to work in agricultural production. But today, there are no rural jobs available for the unemployed urban youth.

“Chinese villages before the reform of the Household Responsibility System were both administrative units and economic units where the government could arrange the so-called privileged urban youth to work in agricultural production. But today, there are no rural jobs available for the unemployed urban youth.”

Christina Zhang: Generally, China’s population governance has switched from strict to loose over the past 70 years. Population management is central to China’s state governance. It has been taken as a tool for social and economic development. The modern Hukou system was originally introduced in the 1950s for the sake of social stability and the allocation of public resources. Some strict Hukou rules were designed in the Mao era because of the national strategy that puts forward the idea that agriculture is the foundation of the national economy. Peasants were bonded to rural land for agricultural production, which supported the development of the industrial sector. The management of rural population and reduction of the rural-urban mobility are at the core of China’s migration governance before Reform and Opening Up in the 1980s.

The Cultural Revolution did have an impact on China’s domestic mobility and population management, but the situation turned around soon after the start of the Reform. Due to the demand of labor-intensive industries, the restriction on rural-urban mobility has been relaxed since the 1980s. Additionally, it is important to note that the identity of people could be changed without moving. For example, an increasing number of suburbs have been transformed from rural to urban areas in recent years, leading to the transformation of local people’s Hukou status.

YCW: In your view, how is China managing the potential social stability issues tied to migration, such as grievances over land seizures, hukou discrimination and lack of social security coverage?

Joseph Zhao: The National Immigration Administration was established only quite recently [in 2018]. However, local governments have long had the discretionary power to manage human mobility at the local level, despite mostly running on NIMBYism (“not in my backyard”).

To address the problems you mentioned, we need to understand the root cause of the problem, which lies in the disparity of development in between rural and urban areas. Whether or not these problems can be tackled depends largely on whether the rural-urban development gap can be converged. I think China can learn from multicultural societies such as the U.K., which has a slow natural population growth and a population that is accustomed to interacting with people of different racial and cultural backgrounds.

Chris Zheng: With the mass application of the Health Code during COVID-19, it is getting easier for local governments to manage not just migration but mobility in general. The Health Code can be used to control the movement of people who the government believes undermine social stability.

“With the mass application of the Health Code during COVID-19, it is getting easier for local governments to manage not just migration but mobility in general.”

YCW: Do you think the hukou system will change, and if yes, how?

Joseph Zhao: As far as the east coast region is concerned, I do not believe the Hukou system is the major barrier to human mobility. The system itself is also undergoing rectifications to facilitate rural-urban mobility. With neo-liberalism dominating the governance agenda, local governments are supposed to deliver public good though with limited resources. If the Hukou system was abolished, there would be a sudden surge in demand for access to different social goods such as education, leading to the “tragedy of the commons,” something that is hardly conducive to the long-term sustainable development of the city. Meanwhile, as local governments have become more capable of delivering public good under the current social system, the Hukou system can allow for more flexibility.

Christina Zhang: Ensuring equal access to the social welfare of all citizens under the Hukou system will be a goal to strive for.