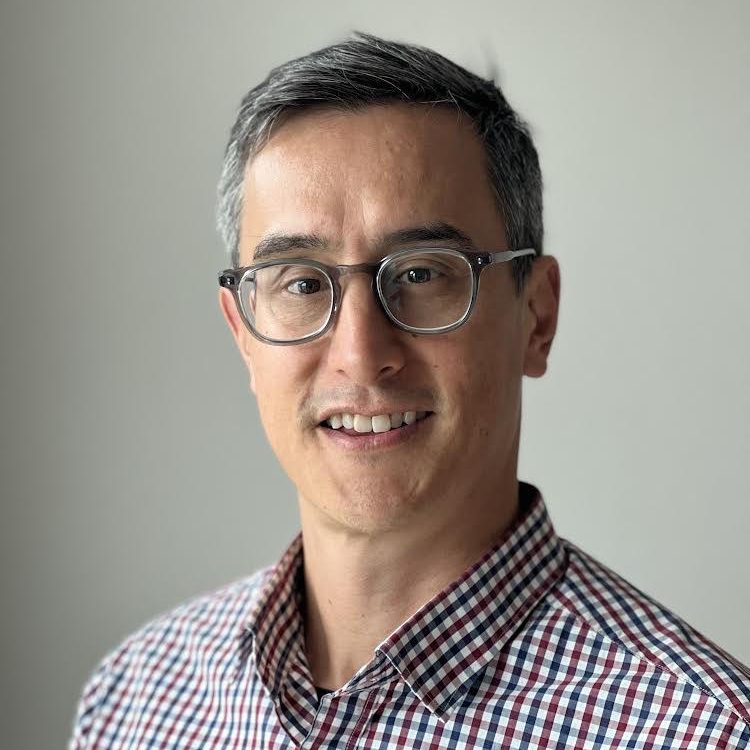 Josh Chin is deputy China bureau chief for The Wall Street Journal. He previously covered politics and tech in China as a reporter with the newspaper for more than a decade. He led an investigative team that won the Gerald Loeb Award for international reporting in 2018 for a series exposing the Chinese government’s pioneering experiments with digital surveillance. He was named a National Fellow at New America in 2020 and is a recipient of the Dan Bolles Medal, awarded to investigative journalists who have exhibited courage in the face of intimidation.

Young China Watchers (YCW): Your and Liza Lin’s upcoming book ”Surveillance State” explores how the Chinese state is using data and digital means to assert control. Can you explain the book’s main argument to readers?

Josh Chin (JC): The book is based on an investigative series for The Wall Street Journal looking at how the Chinese Communist Party is using state surveillance to create a new, nimbler form of authoritarianism. Everyone knows surveillance in the dystopian, frightening sense reflected in “1984.” However, in some parts of China, particularly in the northwestern region of Xinjiang, state surveillance can actually be really seductive and appealing, depending on who — or where — you are. For the book, we went to Hangzhou, which is a kind of digital utopia where tech companies like Alibaba and Hikvision, the video surveillance manufacturers, are based. They’ve wired the city so that everything is taken care of and life there is frictionless. A lot of people are happy to live in that sort of situation and it only really changes if you find yourself, for whatever reason, not agreeing with the direction of the Communist Party. 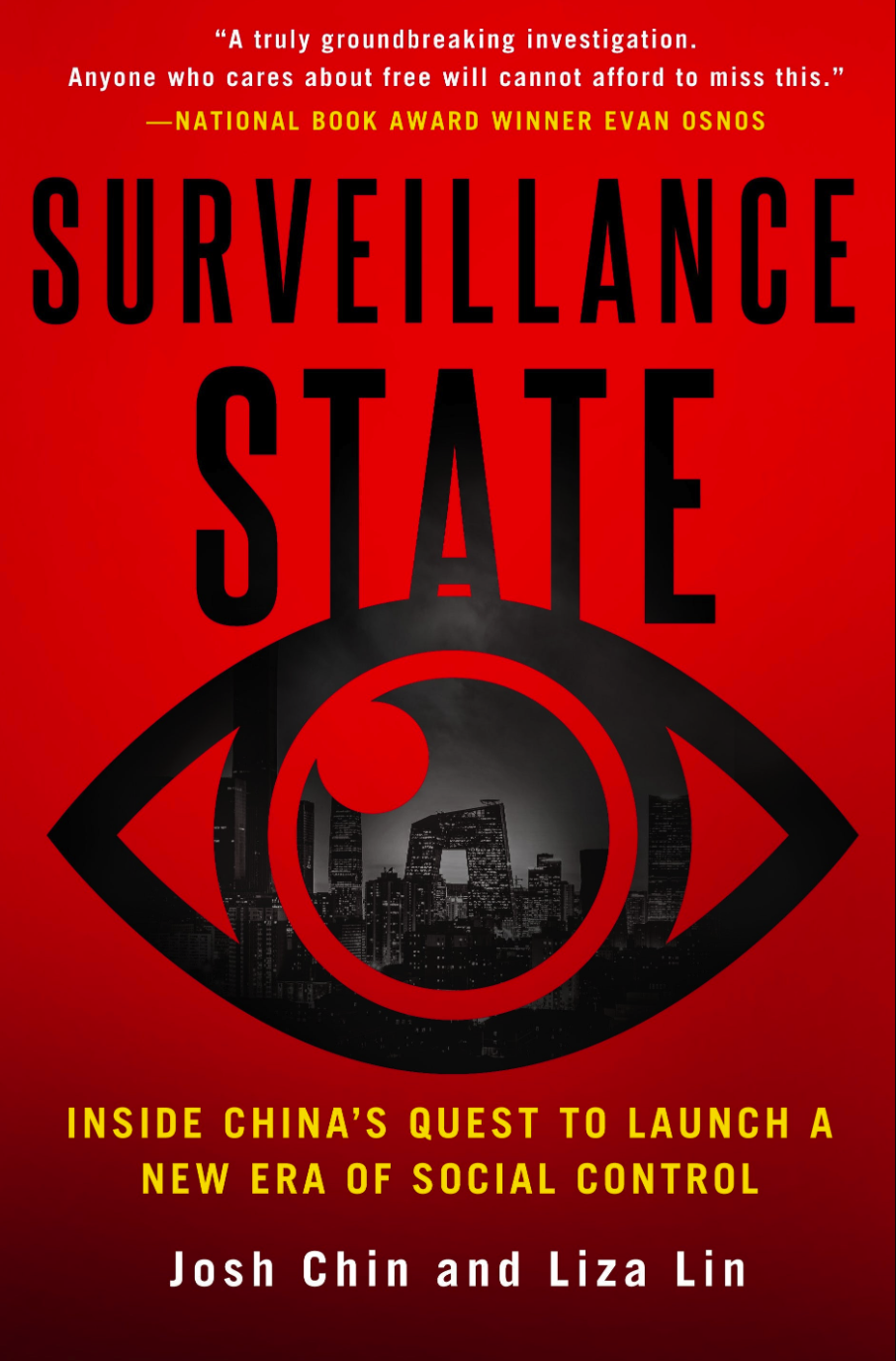 YCW: Do you think digital surveillance will be a key priority at the 20th Party Congress? What are your predictions for how it will develop over the next five years?

JC: I don’t think digital surveillance will be mentioned explicitly at the 20th Party Congress but it will certainly be in the background. It’s woven in with the way that the Communist Party wields power now. One of Xi Jinping’s big priorities, the new infrastructure investment plan, is intended to solve some of the technological problems and barriers that they face. The Chinese state has a huge amount of data but a lot of it is scattered around on different systems. They’re investing huge amounts of money to fix that problem by improving the technologies and the software to analyse it.

We’ll have to see how the Party Congress plays out but it seems that Xi is going to emerge from it even more powerful and with fewer restraints on his vision for China. I suspect that will mean more use of surveillance to exert control.

“Xi is going to emerge from [the Party Congress] even more powerful and with fewer restraints on his vision for China.”

YCW: How have you experienced digital surveillance as a journalist investigating issues related to the Chinese state for the book and otherwise?

JC: When I visited Xinjiang in 2017 while reporting for The Wall Street Journal, I was driving in a rental car with a colleague and got lost along a dirt road. All of a sudden, a police car emerged from a cloud of dust in front so we had to screech to a stop and another police car surrounded us from behind. They were holding guns and interrogated us about our movements. When we asked them how they knew where we were, they told us that a camera system further back on the road had recognised the licence plate and sent them an alert. That was my first personal experience of how these technologies are deployed.

Otherwise, the experience for a lot of foreign correspondents is that you don’t really know how digital surveillance is being used against you. Foreign correspondents are used to conducting an interview with someone, on what could be a positive story, and receiving a phone call back from the person they interviewed a day later asking to change the story or be taken out of the story completely because the interviewee received a visit from the police. You, as the journalist, have no idea how they found out that you interviewed this person. You don’t know if it’s your phone, or theirs, or if it was a camera on the street. That’s intentional; The idea is that you’re not supposed to know how it’s happening, just that you’re being tracked.

YCW: Many foreign journalists and news outlets have moved from mainland China to Taiwan to report on the region. What caused you, and The Wall Street Journal, to choose Taipei? Is there a consensus among China reporters that Taipei is the new hub?

JC: Two colleagues and I were the first of the American reporters to be expelled from China in 2020. At that time, we were playing things by ear as it was during the pandemic. I first went to Japan because it was the only country that had open borders. Not long after, Taiwan’s Foreign Minister Joseph Wu posted on Twitter offering to take in any foreign reporters who had been kicked out of China, despite Taiwan’s borders remaining closed.

Of the other options of Chinese-speaking cities in the region, there was Hong Kong which I wasn’t allowed to enter, or Singapore. Taiwan made the most sense due to its important role in U.S.-China tensions. As a critical base for semiconductor production, Taiwan is a key hub for tech and trade, two topics which are of great importance to The Wall Street Journal.

A lot of foreign correspondents are based in Taipei and there is certainly a reason many of us chose to relocate here. I wouldn’t go so far as to say it’s the new hub yet but that’s partly because of the COVID restrictions which make it difficult to travel freely. Singapore’s borders are open so a lot of correspondents are based there, especially if they’re focused on business. We’re getting to a situation where China correspondents are diffused but I think Taiwan will certainly be one of the major nodes.

YCW: How has this trend affected the international reporting of China? Do you believe it has influenced the global public’s view on the One China issue in any way?

JC: The first major impact is that the coverage of China itself has become more two-dimensional because you don’t have the same access to Chinese people. In the past, a lot of stories came from our interactions with regular Chinese people and things that we were seeing, which brought about some of the more “positive” and human stories. These stories are far more difficult now because we have to cold call people we’ve never met and — unsurprisingly in an environment where there’s a lot of suspicion towards foreign reporters — the likelihood of having a conversation is low.

The second effect is that it’s given the foreign press corps a sort of crash course in Taiwan. While everyone who reports on China has some knowledge of Taiwan’s history and politics, living in a place can really change how you understand it. I was surprised by how much I didn’t know about Taiwan and what I learned by being there. For example, I didn’t appreciate how Taiwanese people view their own identity, the conflict with China, and China’s role in their lives, even to the extent that they consider it at all.

“I was surprised by how much I didn’t know about Taiwan and what I learned by being there.”

Beyond the geopolitical considerations in the way that the Taiwan status is framed, there’s also been much richer coverage about Taiwanese people and their views. In the past, coverage of the Pelosi visit would have been almost exclusively about geopolitics. However, alongside the reporting on geopolitics, you also had a collection of stories that were focused on how Taiwanese people viewed the visit, which is a result of reporters being in Taiwan and persuading their editors that this is an important story.

YCW: Given that there are fewer foreign journalists in China than before, how should journalists ensure they balance their time between reporting the headline stories and investigating in-depth issues?

JC: That is a tough dilemma that a lot of foreign correspondents who are still based in China must face. If you work for a larger news organisation, like The Wall Street Journal, The New York Times, or one of the wire services, you have more flexibility. Reporters outside of China can handle the headline news and free you up to carry out the in-depth and more human-centred reporting.

It’s always been difficult for lone correspondents, but the pressure is higher now because there’s so much more scrutiny on China. Reporters who are in China should try to make the argument to their editor that it’s so rare to have someone on the ground that they should be maximising that advantage. Whether the editor buys that argument, depends on which news organisation you work for.

YCW: Do you have any advice for budding journalists who want to report about China or in China?

JC: Chinese language skills are more important now than ever because of the challenges of reporting. At least initially, so much of reporting takes place online, whether through Weibo, WeChat, Xiaohongshu, or other social media platforms. You also need to be able to persuade people to talk to you who you haven’t met and that’s difficult even with fluent language skills.

Realistically, it’s going to be unlikely that China will issue new foreign journalist visas in the next few years so people will need to think creatively about how to tell the China story in a way that doesn’t require you to be there.