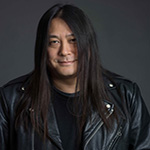 Kaiser Kuo is the co-host of the Sinica Podcast and the former director of international communications for Baidu. He was previously a technology reporter in China and Oglivy & Mather’s director of digital strategy in Beijing. Kaiser is also considered the godfather of heavy metal music in China and founded the rock band Tang Dynasty.

Young China Watchers (YCW): Between Tang Dynasty, Ogilivy & Mather, Baidu, and, of course, the Sinica Podcast, you’ve dipped your fingers into so many things during your time in China. On the whole, would you say that your contributions have brought the West to China or China to the West?

Kaiser Kuo (KK): I’ve tried to do a bit in each direction, but the contribution of one individual in either is inherently limited, and I can point to many people who’ve managed to do much more. I’ve been lucky to be a part of platforms that have enabled me to be “on mission,” but it has favored Chinese-to-English. That is, I’ve done more and probably been more effective in being an explainer of China to English-speakers than an explainer of the U.S. or the West more broadly to Chinese-speakers. When I got to play “metal missionary” a bit—just because I was in the right place at the right time—I made few contributions to bettering Chinese understanding of the West. Heavy metal is hardly a shining emblem of the accomplishments of Western civilization, and it’s not likely to have any lasting impact, but it took me to very interesting places. I saw a side of China that few other foreign-born people—and few Chinese—have been able to glimpse. I’ve always been motivated by a mission to try and bridge China and the U.S., but given the inherent asymmetry of my own biculturalism and the limitations of my ability to express myself in Chinese, I’ve focused more on trying to nudge Westerners toward an informed empathy with China.

YCW: Evan Osnos once described you as “a traffic cop who stands at the intersection of China and the foreigners trying to make sense of it.” You’re returning to the U.S. after being in Beijing for 20 straight years. How have foreigners’ views of China changed since you first came to China?

KK: My first prolonged engagement with China was a real doozy of a year, from 1988 to 1989, when I lived in Beijing, studied Chinese, and got my start playing in bands. Prior to that, during the 1980s, there was a general enthusiasm, at least within my cohort of recent college graduates, about the palpable changes that had gripped our counterparts in the China of the late ‘80s: intellectual ferment, a fascination with things foreign, an eagerness to experiment, and a real change in the software[TH1] . That all changed in June of 1989, of course. Tiananmen, along with other human rights issues, has been a fixture of Euro-American thinking on China ever since, and there’s nothing surprising or objectionable to me about that.

What has changed, though, is that we’ve embraced a kind of teleological view about history, and under-girding that is a moral absolutism that has largely supplanted the cultural relativism that once prevailed, at least among liberals in Europe and North America. Where we once mostly agreed that a country’s culture, historical experiences, and economic and ecological circumstances would shape its politics and institutions—and that not all countries would embrace the same forms of government or arrive at the same moral norms regarding the relationship between the individual and society—we’ve now essentially codified those individual rights we regard as universal and believe that history is going to converge on democratic capitalism. This tendency in our thinking has been given strong impetus by the collapse of Soviet communism and the end of the Cold War. Many of us blithely cheer on the forces of reform, aka market capitalism, and democracy without looking closely enough at Western history and recognizing how unlikely the emergence of Enlightenment values and Enlightenment-inspired institutions really was. We’re on one side of a historical chasm, which our ancestors crossed at great peril and at the cost of innumerable lives, and we look across wondering, “Why don’t you just come on over?”

YCW: The startup scene has taken off in China since 2013 and many tech watchers are drawing comparisons between parts of China and Silicon Valley. What emerging and unrecognized strengths does China’s tech scene have?

KK: The one massive strength that the Chinese tech scene has is that it sits practically atop the whole hardware supply chain, especially when talking about Shenzhen. The possibility for really fast iteration and near-instant prototyping, the maker-culture mashups and the kind of tech serendipity that can happen when you’re in a place like Shenzhen, and all that shanzhai ingenuity is just astonishing. That’s what’s going to give Chinese technology an edge in the near future, despite my many concerns about how far it can go in the mid- to long-term.

YCW: The government investigated Baidu because a student died of cancer after receiving treatment from a hospital he found through the search engine. The case highlights how even private companies have to work closely with the Chinese government and how easily they can fall out of favor. How do China’s largest private companies—Alibaba, Tencent—operate in this environment, and do you think it holds them back at all?

KK: Yes, I think the environment ultimately hobbles much more than it helps. In Baidu’s case, there’s a commonly held belief among Chinese and non-Chinese observers alike that the company is the creature of the Party—a national champion that’s played on an uneven pitch with government help. As I only recently left the company I can’t say too much here. But this is not the first time that Baidu has been thrown under the bus and not the first time it’s been made a scapegoat toward which public outrage has been deliberately directed.

The interesting thing about the major Internet companies in China is that many, if not most, were founded by either returnees or by Chinese nationals with extensive Western (and mainly American) exposure. They were initially funded—and sure, there are exceptions like Tencent—by American venture capital and listed on American stock markets. All this was happening under the watch of a Party that ordinarily insists on dominating the commanding heights of any strategically important sector. It all happened too fast, and all the Party could do to assert controls over this creature with so much Silicon Valley, libertarian DNA was to impose ex-post facto controls. There’s always going to be tension between the powerful Internet companies and the Party state. I believe collision, not collusion, will be the order of the day.

YCW: The Sinica Podcast was recently acquired by SupChina, a New York-based startup, and you’ll be working on this project full time from your base in the U.S. What is your goal for the podcast moving forward, and how do you plan to keep your finger on the pulse of events in China after moving back to the U.S.?

KK: We’re really trying to up our game in terms of the guests we have on, the topics we tackle, the level of preparation we put into the show, and the actual production. It will be less chummy chats over beer with microphones on and gratuitous f-bombs, and more deliberate drawing out of real subject-area experts on timely topics. So far, short of experiencing the rain coming in during the recent flooding, I’ve not felt like I’ve missed too much by watching my social feeds and reading the news. We’re planning at least two or three trips back to Beijing (and Shanghai, and elsewhere) per year, as well as more regular trips to China-watching target-rich environments like New York, Boston, Washington, and San Francisco.

Voices on China – Kaiser Kuo: Co-Host of the Sinica Podcast