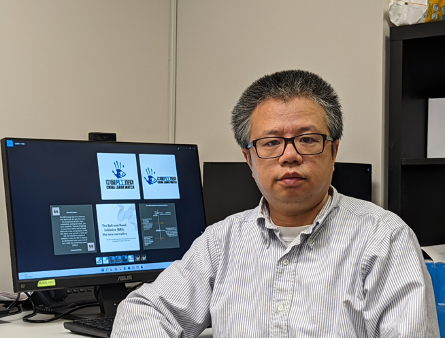 Li Qiang is the founder and executive director of China Labor Watch (CLW), a New York-based nongovernmental organization that was established in October 2000. The mission of the organization is to defend workers’ rights in China through research, advocacy and legal assistance. CLW seeks to help China’s workers become more informed of their rights.

Young China Watchers (YCW): What made you establish China Labor Watch? Do you have any personal anecdotes to share that motivated you to promote human rights and labor conditions in China?

Li Qiang (LQ): I enjoyed listening to the Voice of America, Radio Free Asia, the BBC and other radio programing when I was in China. That was before 2000 and before the internet was widely available. Listening to these programs exposed me to information related to democracy and human rights. At that time, as a labor activist in Guangdong, I had contact with a large number of workers on the production line. While most of these products made were widely exported to various Western countries for the enjoyment of many, the production process was also violating these workers’ human rights and labor rights. I think that if a country’s economic development is achieved through sacrificing workers’ – its citizens’ – rights and interests, the said country, if developed, will only become a threat to the rest of the world.

After coming to the United States in 2000, I was a bit disappointed to learn that few in the United States were concerned about the human rights and labor conditions in China. This issue is twofold: first, few are interested in the Chinese workers who produce their products; second, companies and Western countries were primarily concerned about their trading relations with China without considering the harm to human rights and the threats posed by China’s authoritarian policies. This is the reason why I founded China Labor Watch.

“I think that if a country’s economic development is achieved through sacrificing workers’ – its citizens’ – rights and interests, the said country, if developed, will only become a threat to the rest of the world.”

YCW: What are the challenges that you face as an organization reporting on labor practices in China? Have you received much resistance from Chinese government authorities?

LQ: CLW has basically no space to operate openly in China. Although we had offices in China, we had not been able to operate in said offices under CLW’s name. We have tried to expand our activities in China as much as possible, but China has used various methods to restrict our activities. For example, staff from the China office were monitored, interviewed, and some staff members imprisoned. As the Chinese government was cracking down, some companies joined forces with authorities to restrict investigations. As an example, companies reported investigators to the Chinese government, leading to activists concerned with labor rights receiving legal repercussions. For example, there was a case in which Foxconn in Hengyang province reported Tang Mingfang, who subsequently received a two-year prison sentence.

In short, we are facing two kinds of suppression, one from companies and stakeholders, and the other from the Chinese government.

YCW: At CLW you conduct undercover investigations in Chinese factories to review labor conditions. Do you mostly scrutinize the practices of foreign or domestic companies? Why? Is one less transparent with its reporting on labor conditions than the other?

CW: Are foreign and domestic companies subject to different labor laws governing labor conditions? If so, what are the implications for such differences?

LQ: In China, there is no difference between foreign and domestic companies in terms of labor conditions, except that some companies operate under the so-called corporate social responsibility (CSR), but it is largely a joke. For example, Apple has released their social responsibility provisions for a long time. They also release a social responsibility report every year. We have published a report on Apple every year for the past 10 years and found that all of Apple’s manufacturers’ conditions are in violation of China’s labor laws. Apple often decries our reports. But as you can see, this year, a manufacturer of Apple, Foxconn in Zhengzhou, uses a large number of dispatched workers and blatantly disregards labor rights. In this factory, exceeding the government limit on permissible overtime is a common practice. The company also mandated a quarantine for all workers under the pandemic while not providing enough necessities and disregarding workers’ free will. China’s labor laws have not been strictly enforced. And it is unrealistic to expect companies to unilaterally try to improve workers’ conditions by self-regulation.

LQ: I do not recommend Western companies to continue or increase their investments in China because I think that involves a big latent risk. Despite the short-term profitability of manufacturing in China due to the cheap labor cost, such low labor cost is only achievable under an authoritarian regime like China. Moreover, the Chinese government also invests in controlling companies economically and technologically. When domestic substitutes arise, the Chinese government seems to have a pattern of reducing subsidies or creating institutional restrictions for the Western companies in order to create a competitive edge for its domestic companies, which are controlled by the CCP.

I would add that Westerners rarely realize the impact that cheap labor policies have on Chinese nationalism. Let me give you an example. Foxconn has one million workers, and because of the turnover rate, more than two million workers work at Foxconn every year. And of those two million, about 500,000 of them are college students on breaks or student workers who will later work in Chinese government agencies, schools, companies, and all kinds of industries. Foxconn is oftentimes their first job. As you can imagine, working in an abusive work environment for 10 hours a day, six days a week, living with 10 people in a dormitory, and facing all kinds of wage deductions, a work experience like this can affect their views, and might form their very first impression of the “Western capitalists.” They might not be able to ever experience life in a Western society that values human rights and democracy, so the most direct contact they might ever have with “the West” could be their work in the manufacturing line of a company like Foxconn. So, as you can imagine, on the one hand they are seeing “Western propaganda” about human rights, and on the other, they are also facing the harsh labor reality in producing these Western products. Foxconn is just one of the factories in China that produces Western products.

The personal, embodied experience of thousands of workers who have worked to produce products for the West, coupled with the nationalistic propaganda of the Chinese government, has led many young Chinese to believe that the West is suppressing China’s development. It is not certain if China’s leaders have intended to manipulate some Chinese discontent with the West to a certain degree, but what seems certain is that transnational companies’ labor exploitation in China is assisting that cause. If this situation continues, I think China will become a threat to Western society.

“The personal, embodied experience of thousands of workers who have worked to produce products for the West, coupled with the nationalistic propaganda of the Chinese government, has led many young Chinese to believe that the West is suppressing China’s development.”

I also think that governments are the only stakeholder who can improve labor conditions in China. Change is impossible if companies demonstrate unilateral efforts. In global trade, governments must make laws to sanction and/or detain the product of forced labor or labor rights violations, and to hold companies involved legally accountable. Western companies should treat workers living in authoritarian regimes as persons with fundamental, inalienable human rights, instead of merely numbers. Currently, these workers are doubly victimized by authoritarianism and capital interests.