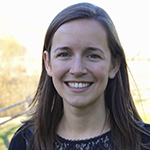 Molly Roberts is an Assistant Professor in the Department of Political Science at the University of California, San Diego, where she teaches political methodology, political communication, and Chinese politics. Her research and most recent publications have focused on censorship in China and automatic methods for analyzing text as data. Molly is currently writing a book that explores how censorship is influencing the consumption of information in China. She received a doctoral degree in Government from Harvard University in 2014 and a master’s degree in Statistics from Stanford University in 2009.

Young China Watchers (YCW): Your research focuses on Chinese censorship. One of the biggest discoveries you made is that, contrary to popular belief, the government censors posts that are related to collective action, rather than removing negative comments focused on the government. What is the rationale behind this strategy? What types of events or policies prompted online calls for collective action?

Molly Roberts (MR): The finding seems counterintuitive when you first think about it, but it actually makes a lot of sense from the government’s perspective. Negative comments can benefit the Chinese government by alerting them to policies that aren’t working, telling them about corrupt local officials, or providing them with feedback. The government sometimes even encourages complaints.

On the other hand, protest is one of the main threats to the government’s survival. There are many protests every year in China, including but not limited to labor strikes, protests over land rights, and environmental protests. By censoring news about collective action events, the government tries to prevent these protests from spreading.

YCW: What impact does censorship by authorities, and their deliberate insertion of deceptive writing via the “50-cent party”, have on China’s foreign policy? How does it impact domestic politics?

MR: Online censorship creates a gap between the types of news and commentary most people in China read and the types of news and commentary most people in the West read. Online censorship doesn’t typically make sensitive information impossible to access, rather it just makes certain information slightly more difficult to access by removing posts from the web, filtering it out of search results, or blocking it with the Great Firewall. But because people are busy and often impatient when they read the news and surf the web, these small costs created by censorship have big impacts on what people actually see and read.

Similarly, online propaganda is only a very small part of total information online. However, as we show in our paper, the government concentrates online postings during particular time periods, seemingly to distract from certain undesirable events. Except for those who are really interested in politics and seek out information they wouldn’t otherwise come across, most people will simply read and share information that is readily available to them.

YCW: Do you see government censors in China tightening control of public discourse in the future, whether overall or on specific topics?

MR: Recently, censorship in China has been tightening. The government has stepped up enforcement of censorship regulations, targeted high-profile social media users and news outlets, and increased its ability to use online surveillance by requiring real name registration on websites, for example.

However, even with these changes, it’s difficult to predict the exact topics that future censorship will target. The most dangerous type of events for the Chinese government are those that happen suddenly or unexpectedly. China’s censorship apparatus is deliberately flexible to respond to these types of events. Because these unexpected events can create large political disruptions and protests that happen suddenly, no one can predict what they might be about, not even the government itself.

YCW: Are there lessons from your research that can be applied to other countries with censorship policies? What area of study are you hoping to explore next?

MR: Countries around the world are looking to China as a model for online censorship, and it’s worth looking into whether these other countries apply these methods in similar ways. As scholars, we can focus on creating a broader theory of censorship in the digital age. However, we might not expect the findings in China to translate directly since each government has their own rationale, technology, and context for censorship.