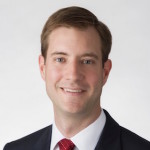 Nathaniel Ahrens is director of the Office of China Affairs at the University of Maryland. He is also executive director of the American Mandarin Society, a nonpartisan, nonprofit organization dedicated to the development of the future stewards of U.S.-China relations. Ahrens was formerly deputy director of the Center for Strategic & International Studies (CSIS) Hills Program on Governance, adjunct fellow with the CSIS Freeman Chair in China Studies, and visiting fellow at the Carnegie Endowment for International Peace. He also ran Golden Road Ventures Ltd., a strategic advisory firm for projects in China, and spent 10 years working in China in a number of industries. Ahrens is a member of the National Committee on U.S.-China Relations, and holds a master’s degree in public policy from the Johns Hopkins School of Advanced International Studies.

Young China Watchers (YCW): There are many U.S.-China organizations, including the American Mandarin Society (AMS), the National Committee on U.S.-China Relations, 100,000 Strong, and even chapters of YCW. What drove you to create AMS and what sets it apart?

Nathaniel Ahrens (NA): When we launched AMS in 2011, there actually weren’t that many similar organizations. There was a lack of support for young China hands and those trying to develop careers in U.S.-China relations. Now, there are a number of great organizations working on other aspects of the relationship, and I think that is fantastic. We can always use more—this space is never too crowded.

What makes AMS unique is our focus on Chinese language. From our Fellows program, regular events, and newsletters, everything we do has an important language component. Why? Efforts to encourage Americans to study abroad have been very effective, but there hasn’t been much to help nurture those language skills when students return. After graduation, people who study Chinese are embarking on their careers, and the demands of the workweek overwhelm their desire to keep up their language skills. Before they know it, Chinese becomes something they used to know. All of the time and effort spent learning Chinese becomes wasted, both on a personal and a national level. By making Chinese the centerpiece of our organization, we offer a platform where students and professionals can meaningfully engage with China-related policy issues while maintaining their language skills.

YCW: The University of Maryland’s Office of China Affairs is not a typical Chinese department, as it also offers policy and public welfare training programs to mid- and high-level Chinese government officials. What issues are Chinese officials most interested in, and how have those trends changed over time?

NA: The training program for Chinese government officials is what initially drew me to the University of Maryland. The program was started in 1996 by former ambassador Jim Lilley after a conversation he had with former Vice Premier of the State Council Li Lanqing. Li explained that China had a strong need for overseas training programs and suggested that Ambassador Lilley establish such a program. At that time much of the demand was for leadership development or general public administration. Over the years, the type of professional development demanded has become much more technical and specific.

As a flagship research university, we’ve hosted programs on topics like PM 2.5 reduction, heavy metal pollution assessment and remediation, developing the philanthropic sector, government procurement, and securities market reform. This type of technical training is not only a policy necessity, but is a reaction to the anti-corruption push. In the past, overseas training trips might have been seen as tourism in disguise. Now, there are strong internal pressures not to waste resources; officials can only travel abroad if absolutely necessary. But for the types of programs we offer at UMD this is not a concern; if China is going to meaningfully address wastewater treatment issues, for instance, this overseas experience is critical.

NA: Right now the relationship between the U.S. and China is under more stress than it has been for a long time. The single biggest issue in need of progress is the maritime disputes in the East and South China Seas. This bleeds into so many other aspects of the relationship. I recognize that in bilateral meetings each side has to stress the positive and point out areas of cooperation, like improvements on how we deal with North Korea or climate change, but the maritime disputes dwarf these. There are frictions in the economic relationship too, but we have effective channels for discussing these. I would like to see a much more concerted high-level effort to deal with maritime disputes.

Since the 1970s the ballast of the relationship has been educational exchange. Not only have such exchanges been important, but nonprofits writ large have played a huge role in bringing the U.S. and China together. But now the overall environment for civil society, especially foreign civil society, has been bad and is getting worse. It’s a subtle set of issues that isn’t on the same level as maritime issues, but it shouldn’t be ignored. China’s draft foreign NGO law is worrying, and many people will be anxiously watching the National People’s Congress to see how this proceeds.

YCW: You have interacted with American and Chinese leaders in the business world, a university setting, and several think tanks. In which capacity did you feel best equipped to tackle policy challenges in China?

NA: They’re all important but each play different roles. The business community is the best place to be if you want to know what happens on the ground. I think it is hard for think tanks and universities to fully grasp the complexity and dynamic nature of challenges to the same degree and with the same urgency as those in the business community. Knowing how to operate in China is not just about understanding processes, it’s how to deal with people. At some point you’ll make somebody lose face and then you need to figure out how to deal with it. How do you restore that relationship? It’s impossible to learn cultural awareness and nuance without being in China, making mistakes, and working to improve.

For young China watchers, it’s critical to have on-the-ground experience. One China hand told me a story that left a deep impression. An American had died in China and he was responsible for repatriating the body back to the U.S. This was significantly more complicated than one might expect. What does it mean to engage with local officials, regulations, and issues that come up when trying to repatriate a body? You have to experience navigating complex issues on the ground yourself.

That said, what I love about being at a university is the sheer breadth of activities we can take on—from official training to undergraduate and graduate education, collaborative research, and sports diplomacy. Think tanks will always have a special place in the relationship. I would personally like to see them engage in more track-two dialogues and behind-the-scenes events, where the two countries will be able to more honestly and productively address sticking points, and spend less time doing summaries of recent policy developments.

YCW: You have spent the last several months redesigning the AMS website. What is the focus of the new website, and what design decisions were made to push forward the mission of the American Mandarin Society?

NA: We’ve run the AMS like a lean startup: minimal resources, embrace experimentation, keep what works, and ditch what doesn’t. For us, it was clear that it was time for a professional design that would be functional and appealing, while also highlighting the new features.

One new feature is the China Syllabi Project, which is a collection of resources to help readers understand the basics of a number of topics, such as the military or the environment. We realized that people tend to get siloed into one area of interest or expertise, learning a lot about one aspect of China through their work, but not very much about other topics. We imagined a new research assistant showing up at a think tank with a good background in China, but being told, “Before we put you to work on these issues, you should read these things so we know you have a good base in this area.” The syllabi are curated and we have a couple experts in charge of each one. In keeping with our focus on Chinese language maintenance and development, some resources are in English, some in Chinese. We’ve also included a vocabulary list to help readers develop specialized vocabulary.

YCW: Looking to the future, what knowledge and skills do you think are most valuable to today’s Young China Watchers, particularly as the space becomes increasingly crowded?

NA: There are a few areas that I think are most valuable. First and foremost, language maintenance. Many people who are advanced in their careers have lost their ability to speak, which leads them to be less likely to stay closely connected to China.

Secondly, you have to break through your own knowledge silos. We designed the syllabi project to help make it easier for people to learn more about subjects to which they haven’t spent much time on.

Finally, don’t forget about the rest of the world, especially other countries in East Asia. In the past, the model for a China hand was to go to Michigan or Harvard and learn Japanese in addition to Chinese. Now, you see China hands studying Chinese as undergrads and then getting an MA as a terminal degree with a singular focus on China. We need to engage with Japan and Korea too. Young people should learn about and make the effort to go to Japan, Korea, and Taiwan. That’s something I should have done much earlier.