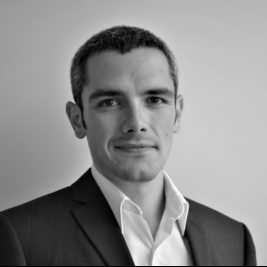 Ricardo Barrios is a China-focused researcher and writer based in Washington, DC. He is currently a senior analyst at RWR Advisory where he conducts risk analysis on Chinese entities. Prior to that, he investigated China’s growing ties with the countries of Latin America and the Caribbean as part of the Inter-American Dialogue’s Asia & Latin America program. He was fellow at the Center for Advanced China Research and one of the American Mandarin Society’s 2019 Next Generation Scholars. He holds a master’s in international politics from Peking University, as well as a BA in politics and East Asian studies from Oberlin College. He is the author of the chapter “Reimagining US Engagement with Latin America & the Caribbean in Response to a Risen China” in the forthcoming “From Trump to Biden and Beyond: Reimagining US-China Relations,” edited by Earl A. Carr Jr. He is a founding member of the Latinx China Network (LACHINET).

Young China Watchers (YCW): China and Taiwan’s quest for diplomatic recognition in Latin America & the Caribbean (LAC) has heated up in recent years, with three of Taiwan’s diplomatic allies in the region switching their allegiance to China.

Paraguay is now Taiwan’s only diplomatic ally in South America, can you tell us more about Paraguay’s relationship with China, and how those relations are faring in 2021?

Ricardo Barrios (RB): The LAC region, like Africa, has been something of a diplomatic battleground for China and Taiwan. The intensity of the competition has ebbed and flowed over the years, typically in response to changes in cross-strait ties. Under Ma Ying-jeou (2008-2016), the competition was put on hold, as evidenced by the lack of diplomatic switches during that period. Although China ramped up pressure once more following the election of Tsai Ing-wen in 2016 – flipping three countries (i.e., Panama, the Dominican Republic, and El Salvador) in the process – the intensity has decreased somewhat since San Salvador’s diplomatic recognition of Beijing in August 2018. Even so, LAC remains of high significance to cross-strait relations because nine of the 15 countries that officially recognize Taiwan today are in the LAC Region.

As one of the largest countries to recognize Taiwan, Paraguay is a country of particular interest, with many speculating that it may be China’s next target. Paraguay has thus far been one of Taiwan’s most vocal allies, publicly supporting Taipei’s bid to become a member of the United Nations in 2018. There’s a fascinating study conducted by Tom Long and Francisco Urdinez that looks at the reasons why Paraguay maintains relations with Taiwan, even when faced with the increasing costs of not establishing ties with China. Their findings suggest that, rather than base their calculus strictly in terms of short-term economic gain, Paraguayan elites have basically incorporated recognition of Taiwan as a feature of their foreign policy, turning it into a status symbol of sorts. It’s quite a thought-provoking study that really helps flesh out the factors these countries take into consideration when weighing the subject of diplomatic recognition.

Nonetheless, it’s important to remember that none of this is set in stone, and that the calculus is constantly changing. Increasingly, there are signs that some sectors in Paraguay (e.g., beef exporters) view the opportunity cost of maintaining relations with Taiwan as too high. The outbreak of COVID-19, unsurprisingly, has contributed to these pressures, as many Paraguayans have come to envy the shipments of Chinese COVID-19 vaccines received by neighbouring countries that recognize China. Coupled with reports of nebulous groups offering Paraguay vaccines in exchange for diplomatic recognition of China, it’s clear to see that relations between Asuncion and Taipei are currently being tested.

YCW: Furthermore, how would you describe the nature of Sino-LAC relations in recent years? Can you tell us about the different approaches to China undertaken in the region?

RB: Commodities like oil and metals, which fuel China’s economic growth, are at the heart of the China-LAC relationship. Even now, some twenty years following China’s proverbial “disembark” in the region, China’s relationships with LAC countries are mainly determined by the sorts of commodities a country has, and China’s ability to import them. Large commodities exporters, such as soy-growing Brazil and copper-producing Chile, typically maintain a more dynamic relationship with China, while smaller countries without significant quantities of raw materials, such as Costa Rica and Suriname, figure much less prominently. It helps that many of these large commodity exporters are also the region’s largest markets.

“Even now, some twenty years following China’s proverbial “disembark” in the region, China’s relationships with LAC countries are mainly determined by the sorts of commodities a country has, and China’s ability to import them.”

It’s these same commodities that basically determine where China is investing, and what China is financing, in the region. Take Argentina, for example, which in 2018 ranked as China’s fourth largest source of soy. There, China is financing railway rehabilitation projects (e.g., the San Martin Railway) with an eye to boosting soy exports. The story is similar in Peru, China’s second largest source of copper ore. In that case, COSCO Shipping acquired a stake in the Chancay Terminal, which it is also lobbying to transform into a special economic zone. In smaller countries, such as Jamaica, China has also carried out projects, especially road and power sectors. Increasingly, the construction of telecommunications infrastructure, especially fifth-generation (5G) networks, is gaining importance among China’s activities in LAC.

Nonetheless, if the early 2010s was a period of euphoria in the China-LAC relationship, the latter half of the decade was very sobering in terms of what the region can reasonably expect in terms of Chinese activity, and the challenges faced by Chinese entities in the Western Hemisphere. This is perhaps most evident in terms of Chinese state lending to the region, which – according to the Inter-American Dialogue and Boston University’s China-Latin America Finance Database – peaked at $35.7 billion in 2010 and fell stunningly to $0 in 2020. Naturally, the outbreak of COVID-19 is partially responsible for this scenario, but even so, no year has even come close to matching that initial push into the region, which was largely focused on the Venezuelan oil industry. Investment from Chinese enterprises in the region has fared slightly better, but the trends are quite similar, and indicate that future activity will likely look closer to what it does now than what it did in the first half of the previous decade.

As a DC-based China analyst, do you see a renewed interest in LAC from the Biden Administration? Do you see Joe Biden’s ascension to the White House impacting China’s role in the region?

RB: Overall, I would say that there are signs of greater interest in LAC from the Biden administration. We see that, for example, in pledges of increased aid to Central America and vaccine shipments to Mexico. We also see it in Congress, which as part of its Strategic Competition Act is supporting a capital increase for the Inter-American Development Bank (IDB) – the region’s primary development institution. This, at the same time that it asks the intelligence community to assess China’s activities aimed at influencing multilateral organizations in LAC, including the IDB and the World Bank. So, in that respect, Washington is indeed paying greater attention to the region.

Nonetheless, this increased interest from Washington is neither overwhelming nor, I would argue, optimally placed. Part of Washington’s renewed interest is precisely based on the premise that the United States is losing ground to China in the Western Hemisphere, and that the United States needs to counter China’s inroads. This is frequently the framing. The problem with that is, by organizing Western Hemispheric policy around the goal of countering China, it becomes very easy to lose sight of the region’s problems and necessities, which should naturally guide that policy. Allowing competition to override regional issues can also open the door to repeat some of the worst chapters of the Cold War, for example, U.S. support for Augusto Pinochet, which was similarly premised on the idea of countering the Soviet Union.

“By organizing Western Hemispheric policy around the goal of countering China, it becomes very easy to lose sight of the region’s problems and necessities, which should naturally guide that policy.”

We already have some instances where the goal of “countering China” has led to bad policy in the region. Though celebrated by some as a success, the U.S. International Development Finance Corporation’s signing of a framework agreement with Ecuador in January 2021 to refinance $3.5 billion of Quito’s debt with China was criticized by development specialists who equate it to a “no-strings attached bailout for China,” with little benefit for the people of Ecuador. This was one of the final acts of the Trump administration in the region, but that same spirit seems to be driving Washington’s policy toward LAC today.

YCW: Could you share your recommendations for further reading on the topic of LAC and China?

RB: For those looking for something of a primer on contemporary China-LAC relations, I would recommend The Political Economy of China-Latin America Relations in the New Millennium: Brave New World, edited by Margaret Myers and Carol Wise. It’s a solid volume that covers many of the main topics of the relationship, for example mining investments and foreign aid. It also includes a wide range of perspectives from many of the top people currently working on China-LAC relations. I recommend anything written by Margaret Myers.

For those looking for something a bit deeper, I would recommend Diaspora and Trust: Cuba, Mexico, and the Rise of China, by Adrian Hearn. Taking Mexico and Cuba’s Chinese diaspora communities as his starting point, Hearn dives deep into how the rise of China is not just affecting these communities directly, but also affecting their relationships with their home countries. It’s a wonderful contribution that manages to bring home how often-abstract issues of high politics affect everyday people, and I think that reminder is especially valuable now.

Disclaimer: The views and opinions expressed do not reflect the official policy or position of any organizations with which the author is affiliated.