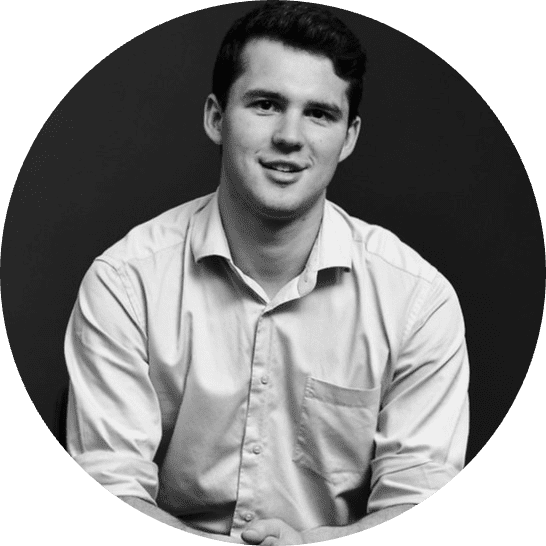 Sam Hogg is the London-based founder and editor of “Beijing to Britain,” a weekly briefing on U.K.-China relations. He previously worked on China policy in Parliament and the private sector.

Young China Watchers (YCW): You started your newsletter, “Beijing to Britain,” during the London lockdown in October 2020. At that time, you worked on the U.K. government’s “China Brief.” How did both experiences inspire you to start your own newsletter?

Sam Hogg (SH): I actually started writing “Beijing to Britain” anonymously as a way to get work in and around the U.K.-China space. At the time, I was a researcher at a fantastic strategic advisory company but wanted to get directly involved in how the U.K. responded to China returning as a superpower. I figured one way to get into that space was to produce something that proved my interests. So “Beijing to Britain” began life as a project aimed at aggregating news and views, delivered weekly to policymakers. It helped secure me a job in Parliament some months later.

When I launched the newsletter, it was the only one that existed which publicly covered U.K.-China affairs in a largely objective manner. There are a couple of Beijing to Britain’s now, but the more the merrier!
After four months of writing the briefing anonymously, I used it to pitch for a China-facing role in an interview to work for a Minister of Parliament. The MP in question had an increasingly large portfolio of interests that covered China matters, including leading a Business Committee inquiry into Xinjiang and supply chains, and I positioned that I could be the point person on their team to help bring it all together under them. What this essentially meant was coordinating their work, penning articles and speeches, and advising on critical junctures. It gave me a unique front seat to watch the U.K.’s political relationship with China deteriorate.

YCW: The U.K.’s former foreign minister, Liz Truss, has been elected by her party as the new Prime Minister. What was the PM’s stance on China during her time as foreign minister, and how do you see her dealing with China now she’s in the top position? Is the so-called “Golden Era” of Sino-U.K. relations heralded under the Cameron leadership over for good?

Note: We hadn’t foreseen Liz Truss’ premiership to be this short-lived. We feel that the insight Sam Hogg shared is still relevant, even in a Rishi Sunak cabinet, so we chose to include this question.

SH: Let me start with the last part of that question first. The Golden Era is politically dead and will not be revived under a Conservative Prime Minister — or a Labour one at that — until something changes dramatically in China. However, trade between both nations is up, so it’s not as clear cut as it seems. But yes, the Golden Era is over, and we have entered a new one. Perhaps we can call it the Blue Era, because it’s one of increasingly chilly relations.

To understand Liz Truss’s view on China as Foreign Secretary, we need to understand her approach to foreign policy. Luckily for us, she mapped this out in a speech at Chatham House, in what she named her Network of Liberty approach. In essence, she wants the U.K. working with “like-minded partners” – not always democracies — to economically constrain the activities of “aggressors,” by which she means China and Russia. It’s an odd mix of pragmatism and values-based geopolitics, primarily driven by an economic approach. She has regularly pitched the idea of forming an “Economic NATO,” and utilising the combined heft of the G7 to combat China’s behaviour. Her approach is not without flaws — primarily that it forces a “with us or against us” choice on the majority of the world’s nations who don’t want to pick a side — but it has yet to be properly tested.

In an ideal Truss world, the Prime Minister would be formulating her China Strategy with the support of a unified Cabinet support, a growing economy and an 80-seat majority to push through difficult policies. Unfortunately for the Prime Minister, this is not the world we live in. Instead, her loss of political capital and maverick approach to growing the economy has left her in crisis mode. First and foremost, Truss is focused on retaining her position as Prime Minister. Until this is more settled, it’s almost impossible to predict what approach Truss will actually take towards the relationship with China, because her grasp on power and consequent authority that comes with it is so weak.

“The Golden Era is over, and we have entered a new one. Perhaps we can call it the Blue Era, because it’s one of increasingly chilly relations.”

YCW: In your interview with The Spectator’s podcast, “Chinese Whispers,” you talk of tensions between the U.K. Government and the Foreign Office on how best to deal with a rising China. Please briefly discuss those tensions and how you see this situation evolving as the government takes a more strident stance on China.

SH: From a Parliamentary perspective, Whitehall is often viewed by the China hawk caucus of MPs as an anonymous unaccountable blob that frustrates their campaigning efforts. It didn’t get much more complex than that unfortunately.

In reality, each government department has a different set of goals and priorities when it comes to China. Successful engagement with China looks very different for the Foreign Office or Ministry of Defence than it does to the Treasury, for example. So the cogs in the machine are working at different speeds with different objectives. On top of that, information-sharing between Whitehall is actually surprisingly poor, often leading to duplications in effort and wasted time.

However, a more significant issue for Whitehall that doesn’t get the attention it deserves in my view is that it’s geared towards generalists, rather than specialists. Investment in understanding China requires significant time and money — civil servants are incentivised to move on from desks after only a short period of time. It’s also remarkably bad at harvesting insights and intel from Brits who have recently returned from China.

In terms of how a new government could change this, again, Truss is limited by her own economic plans and lack of political capital. Whitehall is being asked to slim down, not invest in new projects aimed at increasing China capabilities. Regardless, it’s my view that it is time for the civil service to have its own China House.

YCW: When it comes to China, do you see the Truss leadership work more closely with traditional allies, such as the Five Eyes security alliance? Will we see a more engaged U.K.?

SH: I suspect Truss will use her Network of Liberty Strategy as a way of engaging with both traditional allies — such as the Five Eyes — and less traditional South-East Asian partners. There’s been lots of talk about working with the Commonwealth or regional countries too. Unfortunately, you can’t cash in “talk” to build hospitals, roads or schools, so the British Government is going to have to find some substantial capital or something of equivalent value if it wants to woo these countries away from Beijing’s orbit and towards the Network of Liberty vision for the global community. More interestingly on what engagement we will see between the U.K. and traditional close allies — I suspect much more collaboration on things like quantum computing, artificial intelligence, data ethics and exchange, supply chain security, critical minerals and space. We could end up seeing blocs form around these specific issues; some of the work between the United States and the U.K. in this area right now is fascinating.

YCW: As someone with their pulse firmly on the U.K.-China relationship, can you provide the YCW community with some of your essential readings on the topic?

SH: In terms of articles – anything by Kevin Rudd is essential. His new article on General Secretary Xi Jinping is a fantastic example of his deep knowledge of Chinese political philosophy. I actually don’t read a huge amount of the British media’s coverage on China in depth, but I rely extensively on Politico’s essential London Playbook and the China Research Group’s newsletter to catch things I have missed and set the tone for the day. I also have dozens of private Twitter lists that I check religiously — so many experts tweeting excellent analysis into the void!

I have to confess to not being a podcast person — with two exceptions. The Spectator’s “Coffee House” recaps Westminster drama from insiders who actually know, while Cindy Yu’s excellent “Chinese Whispers” interviews proper experts on a huge range of topics to do with China.

Books wise, I recommend reading Sir Percy Cradock’s “Experiences of China,” and Lord Patten’s “Hong Kong Diaries,” two senior Mandarins who come at the Hong Kong and China issue from opposite ends. Also, please read the “Three Body Problem,” not because it has good insights into U.K.-China affairs, but because it provides a truly moving insight into the earth’s future and what it means to be human. Sci-fi helps stretch the brain to consider new realms of possibilities.

Voices on China — Sam Hogg, founder and editor of Beijing to Britain