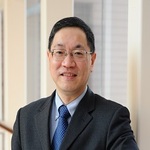 Shen Dingli is a Professor and Associate Dean at Fudan University’s Institute of International Studies. He is also an Honorary Visiting Professor of Washington University in St. Louis.  He has taught international security, China-US relations, and China’s foreign and defense policy in China, the US and at the “Semester at Sea” Program.  His research and publications cover China-US security relations, regional security and international strategy, arms control and nonproliferation, as well as foreign and defense policy of China and the US.  He is Vice President of the Chinese Association of South Asian Studies, Shanghai Association of International Strategic Studies, Shanghai Association of American Studies, Shanghai UN Research Association, and Shanghai Public Policy Research Association.  He received his Ph.D. in physics from Fudan in 1989 and did his post-doctorate in arms control at Princeton University from 1989 to 1991.  He was an Eisenhower Fellow in 1996, and advised in 2002 the then UN Secretary General Kofi Annan for the strategic planning of his second term.

Young China Watchers (YCW): What do you see as the most pressing security issue for China at the moment?

Dr. Shen Dingli (SDL): There is a multitude of security challenges for China at the moment, from within and abroad. Among all, the most pressing is from the inside—how should China position itself in the world? For various external challenges, all of them are now far less serious than what China used to face. Look at the Korean War in the 1950s and the Vietnam War in the 1960s and 1970s, when Chinese armed forces virtually fought against the U.S. China is now enjoying a tremendous amount of peace.

But with China’s rise, its mentality is changing subtly and rapidly—it now positions itself as a major country, with a number of moves Beijing feels legitimate. However, these are being viewed by America either as challenging, or at the least, viewed by many as controversial. For instance, the Permanent Court of Arbitration ruled in 2016 that China’s land reclamation in the South China Sea was illegitimate. As a number of these islets don’t qualify for sovereignty, despite their artificial changes of land features, the U.S. military insists on exercising its right of freedom of navigation. Additionally, as the China-Pakistan Economic Corridor (CPEC) cuts through Pakistan Controlled Kashmir (PCK), the security implication of the One Belt One Road Initiative in this area would obviously exert pressure on India, spilling out further to Doklam.

YCW: In your view, what is the best approach to dealing with North Korea? What would be China’s role in this?

SDL: On the one hand, China shall respect North Korea’s legitimate security. As China has a mutual defense treaty with North Korea, Beijing bears an unshirkable responsibility to help defend Pyongyang if the latter is attacked. Instead of being a burden, China’s treaty-bound obligation helps speak to Pyongyang so as to restrain its nuclear and missile development.

On the other hand, China’s mutual defense treaty with North Korea shall not be abused. Especially if North Korea makes the first offensive move against any others, China shall not be bound by its “obligation.” Rather, China shall work with others under UN frameworks to help defend the attacked, and to punish the aggressor.

YCW: Most people are familiar with the issues concerning a nuclear North Korea, and the dialogues that exists to tackle this issue, however not much has been said about the North’s biological and chemical weapons. How much of a threat do North Korea’s biological and chemical weapons pose to China? What dialogues or mechanisms exist to deal with this issue?

SDL: Because North Korea is a rather closed country, nothing is known openly about its possible biological and chemical weapons capability. The recent killing of Kim Jong-nan, through a binary chemical weapon, has first brought the matter to the public’s attention.

Certainly, all such capabilities, whether nuclear, chemical or biological weapons, pose a threat to China, as well as to all other countries. Regrettably, so far there are no inter-government venues to address such a threat.

YCW: Pragmatically, how could Sino-U.S. relations be improved?

For instance, Taiwan is a part of China, which the U.S. has acknowledged. Therefore, Washington should be mindful not to intervene into China’s home affairs in this regard. But the U.S. has meddled in this matter for decades, with China maintaining a certain level of compromise. In the next decade, America should be moderate on this issue given China’s ascendance, so as to improve Sino-U.S. ties.

On the South China Sea, China should be mindful of relevant international laws. For those naturally permanently submerged islets, as they are not legally entitled to any country’s sovereignty, China’s land reclamation over them should not create artificial sovereignty. Therefore, the U.S. exercise of “freedom of navigation” here violates no international law. While America should be careful in exercising its rights in these areas, China should understand that  it could eventually benefit from a practice that the U.S. employs where sovereignty does not exist, when Beijing itself expands its global reach.

YCW: According to research from the China Africa Research Institute at Johns Hopkins University, Chinese trade with Africa was worth $172.36 billion in 2015, far surpassing that of the U.S. or India. China has also recently opened its first foreign naval base in Djibouti. How do you see Chinese military and economic strategy developing in Africa?

SDL: First, China has done this in order to pursue its national interests. China needs resources that Africa can offer; Africa needs investment which China could provide. Therefore, there is a natural supply-and-demand match. Meanwhile, China is training the local workforce to enable to act more independently and creatively. At the same time, as China increasingly depends on sea lanes for its ocean-bound trade, it must provide security to defend its shipping and protect personnel abroad, including in Africa. This has generated a need for Beijing to send anti-piracy naval forces to the Gulf of Aden, and to identify naval bases in Africa.

Second, China needs to be careful not to pursue a resource-first or resource-only policy in Africa and elsewhere. At the very least, Beijing should be prudent not to be viewed as a resource-thirsty monster. When China expands its economic relations with Africa, it should not be viewed as bringing certain mercantilist behaviors to its partners by ignoring environmental protection, labor rights, and corporate social responsibility. It is noted that China is improving its practice lately, after receiving some criticism in this regard.

YCW: The People’s Liberation Army (PLA) recently celebrated its 90th birthday. What challenges will the army face in the future?

SDL: Again, the major challenges are from within. First, corruption as well as non-professionalism has been a culture inside the armed forces since China’s opening up. This has seriously undermined the army as an institution. Despite Xi’s cracking down, this problem may still linger for a while.

Second, the army faces challenges due to its mentality. China’s land reclamation in the South China Sea certainly puts security pressure on its maritime neighbors and other major users of this sea lane. Building roads through PCK is insensitive of India’s security sensitivities. Building roads at Doklam, the place under dispute between China and Bhutan, gives New Delhi a pretext (as it has a security treaty with Bhutan) to step into China. So sensitive is the strategic impact of China’s roads.

As well, given North Korea’s nuclear test in January 2016, China has seemed insensitive of South Korea’s security concerns by being unwilling to talk to then-President Park on the phone. This, to some extent, led to the latter’s policy switch to allow THAAD to be deployed on its territory.

Lastly—the Taiwan issue. Again, this is a domestic issue. How to cope with Taiwan’s drifting and using the Mainland’s strength properly constitutes the topmost challenge faced by China and its PLA.

All of these issues could be handled more smoothly if Beijing maintains a calm and measured mentality.