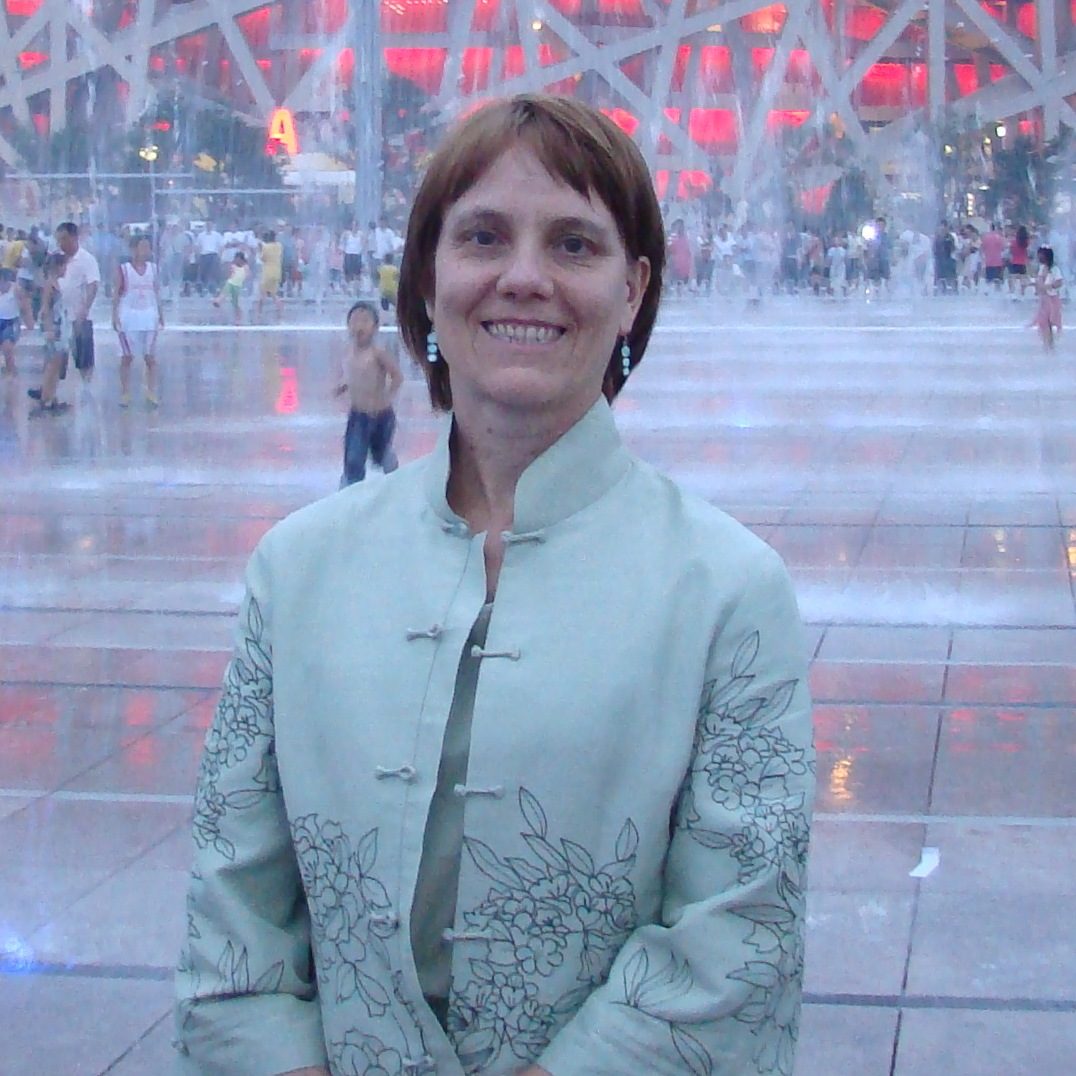 Susan Brownell is Professor of Anthropology at the University of Missouri-St. Louis. She is an expert on Chinese sports and Olympic Games, and is frequently interviewed on these topics by international media. She was a nationally-ranked track and field athlete (heptathlon) in the U.S. before she joined the track team at Peking University and was selected to represent Beijing in the 1986 Chinese National College Games, where she set a national record. She spent one year in Beijing in the lead-up to China’s first Olympic Games in 2008, when she was the only non-Chinese member of a team of academic experts working with the Beijing municipal government on its “Olympic education” programs in schools and universities. She is the author of “Beijing’s Games: What the Olympics Mean to China” (2008) and has published multiple other works and online commentaries about China and sports.

Young China Watchers (YCW): What international image is China’s leadership hoping to project with these Winter Games, and how does that differ from their ambitions for the 2008 Summer Games?

Susan Brownell (SB): In 2008, it was very clear that the Olympic Games was to symbolize China’s ‘coming out’ on the world stage as a superpower. This had been a vision held for 100 years by successive leaders, including Chairman Mao and Deng Xiaoping. There had been a long tradition in China of seeing the hosting of the Olympic Games as a symbol of equality with other strong nations of the world. This view was so strongly held in China that in many ways it persuaded the rest of the world as well.

Now, 14 years later, China has already had its ‘coming out party’, and there can only be one. This Olympics doesn’t have as clear a significance as in 2008. When bidding for the Games in 2015, Beijing didn’t have a strong vision and I don’t think they expected to win. Normally, a city needs to bid at least twice before it has a chance, but Oslo, which was expected to win, ended up dropping out at the last minute. So they were left slightly surprised, trying to figure out what this Games would mean. China was still continuing to mark its presence on the world stage as a major player. The successful bid also contributed to the soft power rivalry in East Asia: Japan had won the rights to host its second summer Games, and Korea its first winter Games.

COVID has also affected the significance of the Games. Yet, the message that China wanted to convey through the Opening Ceremony was primarily that it has ‘arrived’. They want the West to accept this and they believe that attacks on human rights are the West’s way of trying to control China and hold it back from what it considers its rightful place in the world order. In 2008, they were a bit more accommodating and less confident in the response to this criticism, but that’s no longer the case.

YCW: Do you think China will succeed in projecting that image? How will this vary across the world?

SB: The divide in how developing and developed countries perceive China has become even more defined since 2008. Now, many Western countries are voicing strong criticisms of China, partially due to a sense of threat. On the other hand, China’s increased presence in the developing world as a result of the Belt and Road initiative has gained it support that can be mobilized. For example, the Forum on China-Africa Cooperation issued a statement in support of the Beijing Olympic Games in November, despite very few African nations sending delegations to the Winter Games.

YCW: What about the domestic impact of the Olympics? Can we say that the real target audience for these Games is the Chinese public?

SB: Is strengthening patriotism at home, or developing China’s soft power abroad more important to President Xi? I think they are a two-pronged goal.

In 2008, I worked with the Organising Committee in developing the huge educational campaigns which were required by the host city contract. I had the impression that out of the overall Olympic effort, about two-thirds was directed towards the domestic audience. There was obviously also a very significant international focus as part of China’s policy to strengthen its soft power.

There has once again been a wide-scale Olympic education program for the 2022 Games which has been carried out in schools, universities, and communities nationwide. There is a difference between the sort of publicity and propaganda effort that surrounds the Olympic Games versus normal nationalistic propaganda. It focuses on teaching China’s sports history in the context of nations gathering to engage in a friendly contest. This contrasts with the way that China’s national history is typically taught, which emphasizes the humiliation China suffered at the hands of the imperialist powers.

In addition, the Olympics has been used as an opportunity to develop mountainous areas near Beijing, such as Yangqing and Zhangjiakou, which have not experienced the capital’s rapid economic growth. By building resorts and promoting them as tourist destinations, they hope to develop these areas and even attract Beijing residents to move to these more distant suburbs. The Olympics has driven the construction of luxury ski resorts and increased the popularity of snow sports among China’s growing middle class. This is being presented as part of this narrative that China has ‘arrived’ because it now has a class of cosmopolitan elites who patronize luxury ski resorts just as the developed West has.

YCW: Will diplomatic boycotts and international travel restrictions have an impact on the effectiveness of these Olympic education campaigns?

SB: Diplomatic boycotts are not being widely covered inside China so there is little awareness of them among the general public.

To me, the word ‘boycott’ in the context of the Olympics is reminiscent of the Cold War era, and the tit-for-tat boycotts between the US and Soviet Union of the 1980/1984 Games. Those boycotts were notoriously ineffective. No head of state or National Olympic Committee has called for this kind of boycott in which countries keep home all their athletes since the end of the Cold War. The diplomatic boycott is a new invention of the Biden administration which I think will be just as ineffective as the previous ones.

YCW: China is reported to be planning a bid for the 2036 Olympics. With everything that’s going on, do you think the Chinese leadership will still think it’s worth hosting the Games again in the near future?

SB: Even when Beijing was hosting the 2008 Games, there were already discussions about a second Chinese bid from Shanghai. However, there was a lot of ‘Olympic fatigue’ among the public, and so, the assessment was that the mood wasn’t right. China’s top leadership is very sensitive to public opinion so I think they would judge the mood after these Games before making a decision.

From a nationalistic perspective, China would want to host another Games in order to keep pace with, or even surpass, its East Asian rivals. It has just caught up with Korea, which has also hosted one summer and one winter Games, and is behind Japan, which has hosted two summer and two winter Games.

YCW: How do you think a bid would be received by the IOC and sponsors?

SB: Since 2000, the IOC has successively revised the bid process to tighten the control of the Executive Board, and, especially after the 2015 bid that left only Almaty, Kazakhstan, and Beijing. As a result, all the Olympic Games until 2032 have been handed to conventional Western powers that have hosted them multiple times. To me, it seems like the IOC was traumatized and didn’t want to endure the controversy of a successful bid from China, Kazakhstan, or such. I predict that the IOC will be a bit weary after going through the negative commentary and media frenzy a second time with China.

YCW: Do you have any reading recommendations on the topic?

SB: There isn’t a lot of non-Chinese academic expertise on Chinese sports or Chinese Olympic Games so I would have to encourage people to read what I’ve written, which is listed at www.brownellsusan.com

The South China Morning Post has also published some of the most well-informed reporting on the topic.