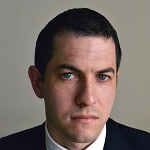 Tom Orlik is Bloomberg’s Chief Economist, based in Washington DC. Previously, Tom was the Chief Asia economist for Bloomberg and China economics correspondent for The Wall Street Journal, based in Beijing. Prior to a decade in China, he worked at the British Treasury, European Commission, and International Monetary Fund. He is the author of Understanding China’s Economic Indicators (FT Press) and the recently published China:The Bubble That Never Pops (Oxford University Press)

Young China Watchers (YCW): Your central thesis in your book is that the Chinese economy is unlikely to fall off a cliff anytime soon. This is despite debt exceeding 300% of China’s GDP, according to one estimate by the Institute of International Finance. What is it about the Chinese economy that makes you confident of that thesis?

Tom Orlik (TO): I was in China for 11 years. For that entire time there was pessimism running through the Western coverage, and a lot of it was about debt. The consensus view was that we’ve seen this story before in the Asian Financial Crisis, in the Lehman shock and the European Sovereign Debt Crisis. When debt rises too quickly it ends in a meltdown —and so we assume that China will be the same.

As I left China in the summer of 2018, the crisis we had all been waiting for still hadn’t come. When I put pen to paper to start my book, I was trying to think about why. There were three fundamental reasons I came up with. Firstly, to have a debt crisis, you need banks to make a bunch of bad loans, but you also need banks to run out of funding. Because China has such a high savings rate and controls on taking that saving offshore, Chinese banks can always count on a stable funding base.

The second reason is that people underestimate how much room China still has to grow. Japan in 1989 — a comparison people often make — had reached 85% of US GDP per capita. So they’d almost exhausted their development space and that was when they had their crisis. China’s GDP per capita today is only a third of the level in the United States, so they still have a lot of room to grow and that gives them more resources they can use to manage problems as they bubble up.

The third reason is that people underestimate the resources and ingenuity which China’s economic and financial policymakers have. They don’t get everything right, but they have taken some aggressive steps to target the biggest risks in the system. This doesn’t guarantee they won’t have a crisis. It does give them a fighting chance.

YCW: What makes it hard to evaluate China’s debt problem?

TO: I think we make a mistake when we view what’s happening in China through the lens of past crises. Lots of people look at the Lehman shock and the way real estate played a role and assume that China’s going to have the same problem — a real estate bubble triggering a financial blow up. In fact, for the last three decades China has seen rapid urbanization and rising incomes driving strong demand for real estate, and till recently mortgage debt has stayed relatively low. So, there are definitely problems, but it’s a very different situation from the US McMansions that triggered the 2008 crisis.

We look at the way in which government debt blew up in Europe and we assume that China’s local governments are going to have a similar problem because of their hidden off-balance sheet borrowing. What we fail to recognize is that Europe got into trouble partly because Greece borrowed too much but also because they just didn’t have the federal system in place to manage fiscal problems. Whereas in China, when a city or a province gets into trouble, the government can move money around to manage the problem.

We tend to look at the risks in China’s financial system through the jaded lens of our experience in the US or Europe or other parts of Asia and we miss what’s distinct about China.

YCW: Local Government Financing Vehicles (LGFVs) have played an important role in securing funding for local governments in China but have also been criticized for their role in municipal debt creation. How do you assess their risk to China’s economy?

TO: For a long time, local governments’ off-balance sheet financing vehicles were seen as a critical risk in China. One of the great things Victor Shih from the University of California San Diego did a few years back is to ring the alarm on the risk in China’s LGFVs. He did this fantastic study where he created a program to trawl the internet and identify all of the bond prospectuses by LGFVs. He was able to use this very innovative technique to put an estimate on how much they borrow.

“It’s that ability of the central government to wade into big economic issues and move things around in an aggressive way which means that a lot of the problems which we think are insoluble in real estate or local government debt or elsewhere can be held together.”

Following that research, people paid a lot of attention to LGFVs and saw them as a genuine flashpoint in China’s financial system. We thought that perhaps LGFVs would default and that would trigger some sort of crisis in the banks who loaned them so much money. But what China’s government did, over the course of a few years, was an enormous debt refinancing. They went to banks and said, “Look, we know you’ve lent money to local governments at high interest rates and with short maturities. We want you to refinance those loans, and we want you to extend long-term loans with a much, much lower interest rate.”

Because the banks are state controlled they have to accept the hit to their profits. But for China’s system as a whole and especially China’s local government, that refinancing operation relieved a lot of the pressure. It’s that ability of the central government to wade into big economic issues and move things around in an aggressive way which means that a lot of the problems which we think are insoluble in real estate or local government debt or elsewhere can be held together.

YCW: You write in the book about China’s successful deleveraging campaign in 2016. Can you talk about why this kind of reform is difficult and how policymakers achieved, as you write, “deleveraging without self-detonating”?

TO: In 2016, Chinese policymakers decided they needed to get serious about addressing the problem of debt. The conventional wisdom at that time was that they faced an impossible choice. They could slam the brakes on lending and aggressively try and control new debt and the consequence of that would be a hard stop for the economy. That would potentially bring forward the financial crisis they were trying to avoid. Or they could pay lip service to the deleveraging campaign for a few months, repeat the slogans, but not do anything to slow the creation of debt. Growth would be OK for a while longer, but then they’d have an even bigger debt crisis a few years down the line.

“The deleveraging campaign didn’t achieve everything Xi and his team wanted. But it achieved a lot more than the early critics expected, stabilizing debt without a major negative impact on growth.”

A lot of people were saying back in 2016, “Yeah, the aims of the deleveraging campaign are the right ones but there’s no way to achieve them.” What Chinese policymakers demonstrated was that they actually could make some progress. The PBOC, with the backing of Liu He, who had the backing of Xi Jinping, went around the country and they knocked on the doors of all the commercial banks and they said, “Show us your balance sheet.” If they didn’t like what they saw, if the banks were taking too many risks in their sources of funding or making too many dodgy loans, then the PBOC would impose meaningful punishments on them.

I remember travelling around China in 2017 talking to banks and I can tell you that it had a meaningful impact on the way they thought about the world and the way they operated. The deleveraging campaign didn’t achieve everything Xi and his team wanted. But it achieved a lot more than the early critics expected, stabilizing debt without a major negative impact on growth.

YCW: Another subject you mention in the book is China’s extensive domestic policy tools for ensuring economic stability and economic growth. To what extent have those tools been helpful in China’s international trade policy and in dealing with trade conflicts?

TO: They have been both the poison and the remedy. What is the main concern of the United States and Europe in their trade relations with China? It’s partly that China has relatively high tariffs in some areas but it’s also the finely wrought system of administrative controls. In many instances those controls seem to benefit Chinese firms at the expense of US or European competitors. So, there’s concerns that the Chinese administrative state has prevented a level playing field for foreign firms in China.

At the same time, when China finds itself in a trade conflict or diplomatic standoff with a foreign power, the system of controls can be rather useful. China can turn on or off the flow of tourism, they can make it easier or harder for imports to get into the country, and they can give foreign firms operating in the market an easier or harder time. The ability to use those tools of economic statecraft in a relatively precise and coordinated way means that when China does find itself in a standoff with another country it has a lot of options for exerting pressure.