Jeremy Daum is a Senior Research Scholar in Law and Senior Fellow at The Yale China Center. Before joining The China Center, he worked with New York University’s U.S.-Asia Law Institute researching criminal procedure, death penalty cases, and international human rights standards. He is the co-author of a book for Chinese audiences on the U.S. death penalty system, “The Contemporary American Struggle with Death Penalty Law” ; and the founder of the collaborative legal translation website, ChinaLawTranslate.com. 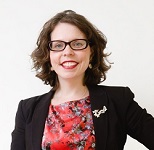 Elizabeth M. Lynch is a legal services attorney in New York, is the founder and editor of China Law & Policy.  China Law & Policy in an online publication that analyzes China’s legal reform.  In addition to writing for China Law & Policy, Elizabeth’s writing has also appeared in the Huffington Post and The New York Times.  Elizabeth received her J.D. from Harvard Law School and her B.A. in Chinese Studies and Political Science from the State University of New York at Albany.

In October last year, China’s 18th Party Congress met for its Fourth Plenum, focusing on the Rule of Law. Among the reforms stated during the plenum was a call to “improve the system for managing the judiciary and the mechanisms for the exercise of judicial power.” This move to enhance the bureaucratic institutions and independence of the judiciary is a marked change for the capacity and capability of the legal system in China. However, President Xi’s administration has also been responsible for a broad anti-corruption crackdown, which some believe is targeted at his political opposition, tightening control over intellectual thought, and strengthening party control.

How do you view the outcomes of the 4th Plenum, and what do you think of the future balance of judicial independence and party control?

Over the last two years, China has worked to tighten the ship of its legal infrastructure, and while there has been no great sea change, and no question of who remains at the helm, there has been a sustained effort to create courts that the public trusts to resolve routine disputes, and to reign in corruption, protectionism and power-brokering by requiring legal basis for government action.

Far from constraining the Party’s power, these legal reforms are designed to reinforce the legitimacy of Party rule by creating more complete and effective mechanisms for the implementation of Party policy through all levels of government. This is not to say that they cannot also bring real benefit in important areas of concern to the public. Continued economic growth and resolution of key sources of social discontent such as addressing food safety, environmental problems, stopping wrongful convictions, easing the household registration system and increasing government transparency are all key targets of ongoing reform. What it does mean is that Party leadership retains final say over the application of law and that positive changes should come through the Party, if at all.

Looking at the reforms of the Fourth Plenum on ‘governing the nation according to law”, they emphasize the faithful implementation of laws by officials, rather than respect for citizens’ civil rights. The assumption is that the Party and government’s course is the correct course for the nation and people, but undermined by wayward and corrupt officials. Through institutional checks, closer supervision, and greater individual liability, the goal is to create lean and efficient systems where officials have sufficient space to perform their duties properly, but are less susceptible to improper influence and held more accountable for misconduct.

Looking to the courts specifically, changes in the management of judges show recognition of their need for greater autonomy. These include revamping their high pressure performance review systems to reflect the special nature of judicial work, further separating trial and administrative roles, and most importantly, having higher level courts recruit judges from the lower courts, to gradually strengthen professionalism in the entire judicial ranks. Judicial independence is being bolstered by insulating courts from fiscal dependency on local government and by mechanisms minimizing case interference by court leadership and other officials.

The benefits of reliable, fair courts to the people are clear. Business, employment, and transactions are all more easily concluded in the shadow of effective and impartial dispute resolution and enforcement. For the Party and government, increased reliance on the courts is essential to keeping disputes in the courtroom and off the streets. Credible courts can help resolve China’s spate of mob-violence against doctors in malpractice cases, and relieve some of the pressure on China’s overburdened and ineffective petition system by channeling petitioners’ complaints to the courts whenever possible and assuring the finality of decisions.

If fully implemented, such reforms would be invaluable progress; but for the courts to truly realize their promise, they need not only be impartial arbiters, but also forums for where the public can actively participate in advancing the rule of law by asserting their own rights and promoting the public interest. For now, however, social justice and rights protections are largely presented as products to be delivered to the people rather than as participatory endeavors.

Citizens do enjoy the right to challenge some government actions through legislation such as the Administrative Litigation and State Compensation Laws, and public interest litigation on the environment and consumer issues is being advanced, but the public role in shaping and contesting law remains minimal, and even the courts have no power to directly consider the constitutional validity of laws. Party discipline, of course, remains a purely internal matter.

New opportunities will likely soon emerge for non-governmental actors to provide more social services, but advocacy by such groups is unlikely to be tolerated in the foreseeable future. The leadership’s ongoing concern with stability, which includes not just preventing social unrest, but also maintaining continuity of Party rule, resists the development of such perceived alternative sources of influence in civil society.

This leaves little room for activists and interest groups, sometimes even where their agenda is seemingly aligned with the leadership’s. So, even as new rules allowing public interest litigation by some environmental organizations are advanced, the viral eco-documentary ‘Under the Dome’ is scrubbed from the internet for encouraging such actions. Even as the massive anti-corruption campaign moves forward, citizens are punished for demanding officials disclose their assets to demonstrate their clean hands. Even as new rules combating Domestic Violence are released, and just as the nation celebrates International Women’s Day, those peacefully raising awareness of sexual discrimination and harassment are taken into custody.

China’s most well-known (internationally) prisoners still include those who tried to assert the law to protect themselves and others. Not only were their efforts blocked, but the law was ironically often distorted or ignored in criminal proceedings against them.

It may well be that a rule of law system leaving exceptions for special cases, and for the Party itself, can still play a major role in promoting social and economic stability. What remains to be seen is whether increased reliance on law in citizens’ daily affairs will gradually lead to demand a greater voice in the law and governance, and whether this too would be seen as an intolerable threat to stability.

Since the Fourth Plenum, some China scholars have tried to explain the seeming dichotomy between the Party’s call for judicial reform on the one hand and it’s severe – and often unlawful – crackdown on anything it views as dissent on the other. But what we are seeing are not necessarily two mutually exclusive ideas.  Instead, it is the reflection of the increased dominance of the public security forces. The Party’s calls for judicial independence – eliminating local government control of the judiciary and seeking to appoint legal professionals to the judiciary – can still occur even as this crackdown is happening since the proposed rule of law reforms do nothing to reign in the public security forces. As long as the police are able to maintain the influence they currently yield, the judicial reforms are meaningless in cases the police unilaterally deem “sensitive.” Nothing evidences that more than what happened to the five feminist activists detained on the eve of International Women’s Day.

On March 6 and 7, 2015, five female activists – Li Tingting, Wang Man, Wei Tingting, Zheng Churan, and Wu Rongrong – were detained for planning a demonstration against sexual harassment on public transportation. The demonstrations, which were to be held in Hangzhou, Guangzhou and Beijing, would have amounted to placing stickers on buses and subways informing women to call the police if they are sexually harassed. Hardly a radical protest, but each was detained by the police, allegedly on the vague charge of “picking quarrels and provoking trouble.”

But in this situation, those charges could never stick. In 2013, the Supreme People’s Court (“SPC”) and Supreme People’s Procuratorate (“SPP”) jointly interpreted the picking quarrels and provoking trouble provision of China’s Criminal Law to require that the actual quarrel or trouble occur in a public venue.  Here, the police detained the women before the demonstrations actually occurred, presumably because the police followed their online social media accounts.  In the the eyes of the courts and the prosecutors, the crime never occurred. But the SPC and SPP’s Interpretation did not deter the police from detaining these women for over 30 days.

Not only do the detention of the five female activists reflect a public security force unrestrained by the SPC and SPP’s interpretation of the law, but the detentions also highlight the power the Criminal Procedure Law (CPL) gives the public security forces in the initial stages of their investigation. Although each of the women retained lawyers, most of the lawyers were kept in the dark about the progress of the police’s investigation. In fact, the police did not even affirmatively inform the attorneys when it recommended arrest to the local prosecutor on a wholly different charge of “organizing a crowd to disturb public order” for events other demonstrations the women conducted years prior. But under China’s amended CPL, withholding that information from defense counsel is completely legal. In fact, the State is not required to provide any physical documents to defense counsel until the prosecutor’s office begins its “investigation for indictment,” a much later stage in the preceding. When the amendments were passed in 2012, the government-controlled media highlighted the benefit that access to an attorney early in the process could afford a criminal suspect.

That but effective advocacy cannot occur if the lawyer cannot review the formal documents the police are using to move the case forward, such as the detention notice or the police’s formal request to the prosecutor’s office to arrest the suspect. The latter is particularly important because the police’s request for arrest starts the 7-day clock running for the prosecutors to make a determination. How can the defense attorney hold the prosecutor’s office to its deadline, if as in the case of the five detained women, they are not informed of the date of the request.  As Prof. Margaret Lewis has highlighted, the CPL was very much a compromise between the public security forces and reform-minded lawyers.  But it looks like at the investigation stage, the police got the better deal.

Although all five women are now back home on a bail-like procedure, they are still being investigated by the police. For the next 12 months, their lives are in the hands of the public security forces, which the law allows. The increasing muscle-flexing of the police should not come as a surprise. Beginning in 2011, the Chinese government’s spending on domestic security outstripped spending of even national security (although the past two years China has failed to disclose its public security budget). Thus, the creation of a paranoia state should not come as a surprise; it is necessary to justify public security’s increasing larger existence.  And its power is not limited to just the criminal sphere.  In a draft law that would govern foreign NGOs in China, oversight is being shifted from the Ministry of Civil Affairs to, you guessed it, the Ministry of Public Security.