This is the first part of a two-part conversation on India and China’s “One Belt, One Road” (OBOR) initiative. Next week, YCW will return to our participants for final thoughts.

China’s ambitious “One Belt, One Road” (OBOR) initiative is central to its agenda of economic diplomacy. The hundreds of billions of dollars invested in infrastructure projects across the region, if realized, will transform Asia’s physical and economic landscape. India is a key stakeholder in geo-strategic and economic terms, but its government has maintained a conspicuous silence on OBOR. Analysts are divided over how India will benefit from the connectivity infrastructure, while the $46 billion China-Pakistan Economic Corridor (CPEC), which includes territory disputed by India and Pakistan, has Indian officials on edge. Young China Watchers invited Dr. Jabin Jacob (ICS), Saibal Dasgupta (Times of India), and Santosh Pai (D. H. Law Associates) to discuss whether the goals and grand strategies of these two regional powers are at odds or in alignment. 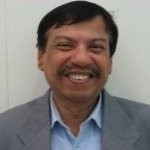 Saibal Dasgupta has been the Times of India’s Beijing correspondent for nine years. He has covered the Chinese parliament, the Communist Party, and interacted with dozens of influencers: politicians, businessmen and heads of state-run enterprises, and universities. Over the past two decades he has been a journalist in India, Singapore, and Hong Kong. 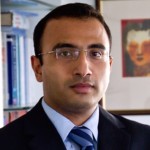 Santosh Pai is the founder and Head of the India-China practice at D. H. Law Associates. The firm advises some of the largest Chinese investors in India and also helps Indian companies in negotiations with Chinese investors. He has lived in China for five years and visited more than 40 cities. He has undertaken an MBA at Peking University and a master’s in Chinese law at Tsinghua University. He is an alumnus of the National Law School of India University, Bangalore.

To begin, Jabin, do India’s economic and strategic goals dovetail with the core components of China’s OBOR initiative?

Insofar as China’s OBOR has physical infrastructure/connectivity development at its core, India can and should have no quarrel with it and should seek to maximize its own benefits—either by direct participation or riding piggyback on Chinese projects.

India’s point about the CPEC passing through disputed territory is valid in principle, but practical reality and the opportunity to influence its development should push India and its border states to participate in the project. True, Pakistan and China have indicated no such desire, but Chinese companies involved in the CPEC cannot fail to be lured by the Indian market and its greater possibilities. This is a question of Indian strategic vision and a task for its diplomats and entrepreneurs.

The Bangladesh, China, India, Myanmar Economic Corridor (BCIM-EC) is a considerably trickier issue for India, but since decades of waiting around for the political situation in its Northeast to improve is not an option, New Delhi must see how best to work BCIM-EC in the interest of local development.

OBOR, however, is more than just an economic project. It is also about creating and expanding Chinese soft power in target countries through scholarships and cultural exchanges, as well as cultivating media, business and political elites. In other words, it is about winning future battles without firing a shot—China will not need actual military bases in any country if it has host populations already well-disposed towards it and willing to object to anti-China measures by third countries. The OBOR is about creating a comfort level and an acceptance of China’s current ideological and political system, which are fundamentally in contradiction with India’s own political system, values and principles, and hence also with its long-term strategic interests. This might look like a China versus the West battle in which India is easily subsumed under the Western ideological and political spectrum, but in reality India has a far more critical role to play in being an exemplar of democratic values and principles for the Third World in a way the more developed West cannot. Indian policymakers do not seem to have acknowledged this role for their country, let alone understood that OBOR actually poses a challenge to this role.

How India will manage to benefit economically from China’s OBOR while countering its political impact will be the central challenge for Indian policymakers in the next few decades.

The OBOR program is one of two major international initiatives promoted by Xi since he began his presidency nearly three years back—the other being the Asian Infrastructure Investment Bank (AIIB). More popularly known as the Silk Road and Maritime Silk Road, OBOR is really the front runner of a two-part agenda: stimulating the Chinese economy and moving forward China’s foreign policy objectives.

Xi has realized that China must solidify its image as an infrastructure powerhouse by grabbing projects across the world. Though Chinese railway companies seem to be connecting the world with rail lines and construction companies are building dams and ports across Asia and Africa, the perception remains that Chinese infrastructure still falls short in quality terms.

Xi and Chinese Premier Li Keqiang know more than anyone else that the country’s giant construction companies could not procure international contracts without the diplomacy provided by political leaders and cheap financing by the state-run China Development Bank and Export-Import Bank of China. This is where the Silk Road programs become important—it is an opportunity for diplomacy, international financing, and technological learning to go hand-in-hand.

Maybe not strategically, but India most definitely stands to gain economically from OBOR.

Coming more than 20 years after Deng Xiaoping first said, “Let some people get rich first,” OBOR can be seen as the grand manifestation of the turning point when the Chinese Communist Party (CCP) decided to set two goals: a) in the domestic sphere, ensure some of China’s poorer provinces catch up with their richer peers; and b) at the global level, mark the irreversible shift in economic balance from West to East with China playing the pivotal role. Almost everything related to OBOR can be read as fine print to these two objectives.

India’s most direct economic benefits from OBOR are: a) infrastructure linkages with bordering Chinese provinces; and b) increased flow of Chinese investments into India. At the moment India does not have domestic projects or policies that will enable it to capitalize on improved physical (especially overland) infrastructure linkages with China. Economic compulsions to make this happen in the near future also do not exist on the Indian side.

Investments from China are a different matter. India’s Prime Minister Modi came to power just as Chinese President Xi Jinping consolidated his power base in China and launched OBOR in earnest. This was a lucky coincidence for both economies.

Chinese companies facing a slowing domestic economy and wary of investing in India for political reasons were suddenly given a green light, as India rose to prominence as the biggest market within the OBOR universe. As if on cue, Modi launched a plethora of projects with China-like catchy slogans, such as ‘Make in India,’ ‘Digital India,’ ‘Swachh Bharat’ (Clean India), and so on. Many of these initiatives require large-scale capital and prior experience in sizable developing markets—both of which are synonymous with Chinese companies.

Whether we like it or not, the most immediate and positive ripple effect of OBOR for India is the increased inflow of Chinese investments. The best possible long-term outcome for Indian government and industry players will be to learn how to absorb these Chinese investments, along with their corresponding technologies, into the most desirable areas of the Indian economy. Until this happens Chinese companies will continue descending upon the Indian countryside in increasing numbers to sharpen their ‘jugaad’ (flexible innovation) skills and leave a trail of experimental investments in their wake.

YCW Conversation – Part I: Is India in Alignment with China’s Economic Strategy?