In the span of a few weeks this year, the leaders of Germany, the UK, and France held bilateral meetings with Chinese President Xi Jinping. When Xi visited the UK in October 2015, Chancellor of the Exchequer George Osborne heralded a “golden era” of the Sino-British relationship and declared Britain China’s best partner in the West. Up to £45bn in trade and investment deals were signed during Xi’s state visit. Just one week later, German chancellor Angela Merkel visited China and was assured that Germany remains a priority for the Chinese government. Trade with Germany accounts for more than 40% of total EU trade volume with China—more than the UK and France combined. Young China Watchers (YCW) invited Angela Stanzel (ECFR,) Shada Islam (Friends of Europe), and Damian Tobin (SOAS) to discuss the heightened competition between European countries when it comes to China. 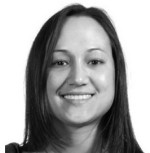 Angela Stanzel is a Policy Fellow at ECFR’s Asia & China program. Angela earned a PhD from Freie Universität Berlin and worked for the BMW Foundation, the Koerber Foundation, the German Marshall Fund, and the German Embassy in Beijing. Alongside China’s history, politics, and economics, her research work focuses on East and South Asia’s foreign and security policy. Angela is the latest addition to YCW’s Berlin team. 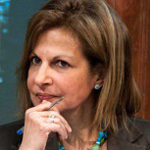 Shada Islam is Director of Policy at Friends ofEurope. She is responsible for policy oversight of Friends of Europe’s initiatives, activities, and publications, including the Asia Programme. Shada is the former Europe correspondent for the Far Eastern Economic Review and has previously worked at the European Policy Centre. Shada also writes on EU foreign and security policy, EU-Asia relations, and trade and development issues for leading international press. Shada spoke at YCW’s Brussels launch in October 2015.

Damian Tobin is Lecturer in International Management at the Department of Financial and Management Studies (DeFiMS), SOAS, University of London, and academic director of the MSc International Business Administration distance-learning program. Damian earned a PhD in Finance and Management at DeFiMS. His current research focuses on state enterprise reform in the petroleum and banking sectors and the topic of RMB internationalization.

It seems like there was agreement across the group that much of the perceived competition among EU-China relations was just optics: back-to-back state visits, delegation size, ceremony, and so on. Let’s then turn to specific opportunities and challenges. Some interesting points were made about European contributions to relieve the challenges faced by China. How can Germany, the UK, and the European Union contribute positively to China’s development, whether in areas of economy, foreign policy, security, or otherwise? In terms of challenges ahead, what is the most likely ripple-effect scenario that would impact European economies, similar to the shock caused by the Shanghai stock market crash?

I agree with Damian Tobin’s points on the risks to the UK of enhancing economic relations with China, but would like to add that Europeans are facing multiple challenges and risks when it comes to China’s future development. For example, as Shada Islam rightly pointed out, there is an opportunity for Europeans to gain value and benefit from China’s new Silk Road, but the initiative also illustrates how complex the synergies between China and Europe have become. Yes, there might be beneficial synergies between Europe and China, but do Europeans really need more railways to China? As European countries are already in trade deficit with China, increasing numbers of Chinese products pouring into Europe would worsen the deficit. Thus for the initiative to be interesting to Europeans, it needs to come with greater market access for EU products in China. This would require major economic reforms from the Chinese leadership, and some see the Silk Road as a way to delay of those reforms. Is it then in our interest to support China on the Silk Road?

In addition, Europeans should gain further understanding of the geopolitical implications of the Silk Road (e.g. in Central Asia vis-à-vis Russia or in the Indian Ocean vis-à-vis India and the U.S.). The case of Chinese investments in Africa in the past illustrates how Chinese business activities could have a trickle-down effect in terms of standards and international order. Thus the EU should not back China unconditionally, so as not to involuntarily promote a less qualitative international order.

With these (and more) risks and challenges in mind, there are opportunities for Europeans to enhance cooperation with China in certain areas. For example, 14 EU member states have joined the Asian Infrastructure Investment Bank established by China to fund infrastructure projects (such as along the Silk Road). The opportunity for Europeans is to have a voice when China is formulating the rules and standards of its institutions and initiatives. Of course, this would require that at least those 14 EU member states speak with one voice.

The world is changing very fast. Whether Europe likes it or not—and despite pressure from the U.S. to embrace America’s more confrontational approach towards China, based on strategic rivalry between an old and new power—working with China is going to become an even more compelling necessity for Europe in the years ahead.

It is a matter of geopolitics and keeping pace with changing times and shifts in power, but also of Europe’s own self-interest.  China’s “new normal” certainly means a slowdown in economic growth, but China will remain an important market for European exports and investments and hence a significant source of growth and jobs in Europe—and across Asia.

China has the money and the determination to invest in Europe—ramshackle transport systems in Britain or ports and technology elsewhere—and Europe needs such funds. It’s not a question of attaching “conditions” to such investments (such an approach smacks of 20th-century concepts) but of making sure that such interactions are transparent, open, and accountable. It means good business practices.

The EU can contribute to China’s future by taking a close look at the country’s new five-year national socioeconomic blueprint to be released in March 2016, which will set the world’s second-largest economy on a new development course to 2020. The first such roadmap to be adopted under the leadership of President Xi Jinping, the 13th Five Year Plan is expected to put innovation at the center of China’s future development. Among other key priorities, the plan aims to “green” the Chinese economy, support the shift from manufacturing to the service sector, cultivate strategic industries, and modernize agriculture. These are areas where there are vast opportunities for EU-China cooperation. Europe also needs to ask itself how this economic roadmap will impact areas such as sustainable development, climate change, and global governance.

Once concluded, an EU-China bilateral investment treaty will also expand opportunities for greater economic synergies between the two sides and give European firms more room to work with their Chinese counterparts on a level playing field.

And of course the “One Belt, One Road” initiative will remain an important tool of China’s economic diplomacy and foreign policy. Once again, Europe could take a skeptical approach and remain outside the loop. Fortunately, EU policymakers and businesses see this as an opportunity to expand trade and market access, not as a threat.

To start with, I think the ripple effect from the Shanghai stock market’s various crashes since its foundation in the early 1990s have been quite small. We know that the stock market still plays a relatively small role in the Chinese economy and concerns a relatively small number of investors. It is possible that all of that could motivate China to lift its capital account controls. But even if they weren’t small, any ripple effects in the financial system may affect the level of outward investment to the EU and Africa. To this extent I agree with the other contributors on the complex series of risks for the EU coming down the line.

China too faces risks and the EU needs to better understand these. While I agree with Angela Stanzel that Europe might not need more rail lines from China or indeed more cheap products, it could offer China a way of mitigating some of the imbalances of its domestic economy. One area I would suggest is the longstanding imbalance in China’s net investment position. This imbalance is both costly to China in welfare terms and damaging to the stability of the international financial system. The EU is well-positioned to attract Chinese investment, both as capital for restructuring enterprises and as minority partners in state infrastructure projects. Fiscal austerity across the EU has increased the welfare demands on EU states. This has in turn had a knock-on effect on capital investment. China still has the means to invest, but just as China is cautious about foreign involvement in strategic state sectors, Europe too could benefit from a pan-European policy on the conditions for such investments, especially what sectors should be considered as strategic and off-limits as well as what regions could most benefit from Chinese investment. Such an approach would minimize the welfare risks to the EU.