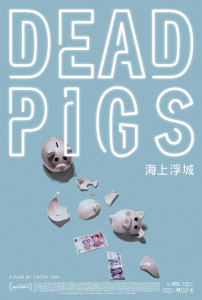 Inspired by a real incident in 2013, Chinese-American director Cathy Yan’s debut grapples with the challenges and contradictions of everyday life in China. Following five characters, “Dead Pigs depicts the gritty reality of a world twice turned upside-down: first by destructive communist social and economic experiments, and again by unchecked capitalism and breakneck growth. But Yan overlays this with comedy as she zeroes in on the vain but relatable hopes of her characters and exploits their maladroit attempts to achieve them to humorous effect. Yan achieves a balance between capturing the bizarre qualities of daily life in China and humanizing her characters, so the viewer can empathize with their struggles and mishaps.

Set in Shanghai and adopting a multi-stranded narrative approach, “Dead Pigs” begins with a series of character introductions. First is local pig farmer Old Wang, whose effusive chattiness and penchant for bragging are only slightly less aggravating than his ruinous lack of fiscal responsibility. After purchasing a virtual reality headset, he heads home to discover that his pigs are dying from a mysterious disease. We soon learn that Old Wang has used the pigs as collateral to secure a loan from local gangsters, which he squandered on a sham investment scheme.

Next, we meet Old Wang’s sister, Candy, who is overseeing a rather militaristic morning pep talk to her hair salon workers, which culminates in a supervisor-induced chorus of shouting, “I am the best! I am talented! I am unique! I will succeed!” We then cut to her gabbing with gossipy patrons while micromanaging details of the salon’s operations before making an exit with her stomach-churning refrain that “there are no ugly women, only lazy ones.” But we soon see Candy’s tender side as she returns home to feed her pigeons, the care of which, along with resisting the developers who want to tear down her house, serve as her personal raison d’etre.

Candy’s unwillingness to sell her family home is a roadblock in the ambitions of American expat Sean, who is trying jumpstart his architecture career with Golden Happiness Properties after failing his licensing exam back home. Trading on his Western identity, Sean is the epitome of the stereotypical “white guy in China,” whose presence is both a little predatory and a bit exploited. Sean’s frustrations are a catalyst for what happens after he offers to negotiate with Candy and discovers that hers is not the only name on the lease.

Finally, we have Wang Zhen, Old Wang’s son who keeps up a façade of having made it big in the city, while secretly waiting tables at a specialty pig restaurant where he meets his love interest, Xia Xia, the standoffish daughter of a wealthy Shanghai businessman who wants to be a backup dancer for a Western popstar. Xia Xia ends up in the hospital after a drunk-driving accident, where Wang Zhen makes an awkward visit and the two bond while watching Step Up. Wang Zhen gets mixed up in his father’s financial troubles when he loses his job and Old Wang hits him up for money. 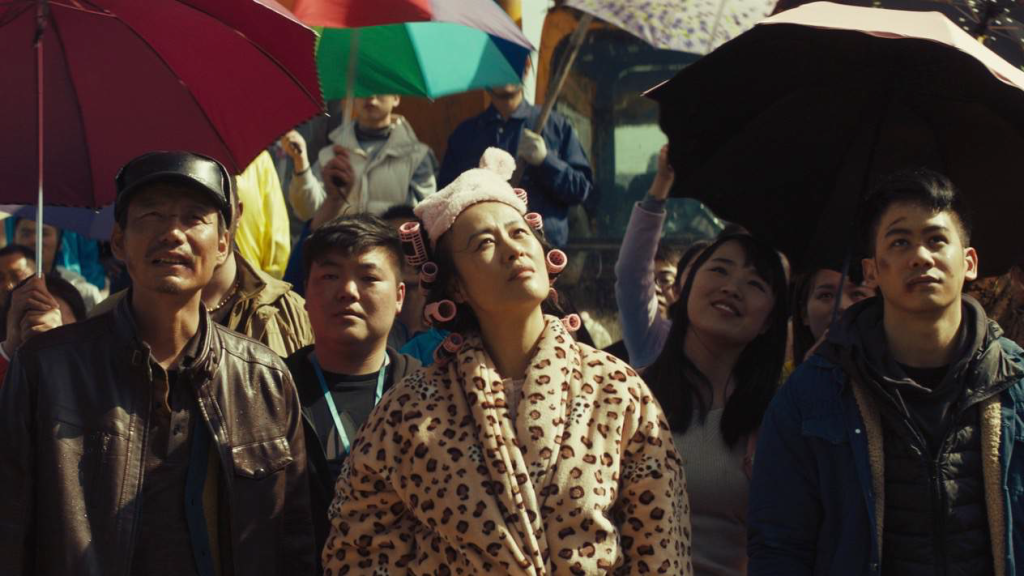 Hopping briskly between interlocking plotlines, “Dead Pigs”‘ panoramic cross-section of Chinese society is peppered with ironic vignettes, but also has a serious undertone that sometimes bursts to the forefront, like when Old Wang rants to a television crew about the hardships of raising pigs, or when Candy Wang’s electricity is cut as Golden Happiness Properties tries to pressure her to move. Moreover, the Napoleon Dynamite-esque awkward comedy is punctuated by news reminders of a growing number of pigs being dumped into Shanghai’s waterways as Old Wang realizes his blighted livestock are part of a larger epidemic.

Throughout the film, Yan takes a hard look not just at the contradictions of unrestricted growth, but also at how a serious trust deficit—one of the Cultural Revolution’s lingering legacies—permeates everyday experience. Overall, “Dead Pigs” is characterized by its experiential and journalistic qualities, which one suspects are inspired by Yan’s prior career as a journalist in China.

True to form, Yan doesn’t let us get distracted with musings on the meaning of Chinese history for too long before bringing her story to a crescendo—with nothing less audacious than a karaoke number! Just as developers engage in a game of chicken with Candy Wang and prepare to knock her house down with her inside, they are interrupted by Old Wang, Sean, Wang Zhen, and Xiao Xiao for a combined intervention.

On balance, “Dead Pigs” is a lively, enjoyable, and insightful investigation of the daily grind of China’s rise. But as an American who lived in China for several years, I have a natural affinity for Yan’s one-foot-in, one-foot-out perspective, and share her critical yet empathetic take on the country I have spent a decade studying. I wonder what a Chinese audience would make of the film: Would they like it? Or more importantly, would it resonate?