We look forward to seeing you at the discussion as Young China Watchers Director Raffaello Pantucci talks with Nigel Inkster about whether it’s possible and even desirable for China and the West to decouple technologically.

About this event:
Since coming into office, President Biden has largely followed a playbook on China similar to his predecessor. Tensions are now a constant in U.S.-China relations, with the technological domain increasingly coming into the crosshairs at the heart of this clash.

Yet while both sides talk a strong game about being able to decouple from each other, there is a real question about whether it is practically possible or even desirable. Western companies continue to want to enter the Chinese market; Western governments struggle to find ways to marshal forces to balance against China; and Beijing’s technology has still not caught up with its competitors in a number of key sectors. Both sides are investing heavily, but neither is entirely independent of the other yet.

To discuss the complexities and realities around decoupling in the technological domain — as well as Beijing’s underlying thinking — Young China Watchers is honored to host Nigel Inkster CMG, Senior Adviser for Cyber Security and China at the International Institute for Strategic Studies (IISS). He is the author of the highly praised recent book “The Great Decoupling: China, America and the Struggle for Technological Supremacy” (UK: Hurst, 2020).

This is Nigel’s second book about China’s technological power. His first, “China’s Cyber Power,” was published in 2016 and looks more broadly at China’s long history of technological advance and how this wove into the Party’s control of the country. 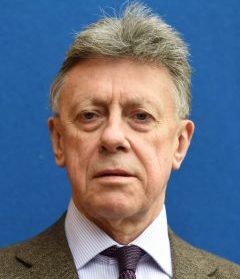 About Nigel Inkster:
A lifelong student of China who is fluent in Mandarin, prior to joining the IISS, Nigel worked for 31 years in the British Secret Intelligence Service (MI6), retiring at the end of 2006 as assistant chief and director of operations and intelligence.

YCW in Conversation with Nigel Inkster: Can China and the world decouple technologically?