Welcome to September’s newsletter! We hope that you had a great summer and are ready for a busy fall season with YCW, including the launch of our latest chapter inBrussels! So catch up on the past month’s happenings and upcoming activities below. 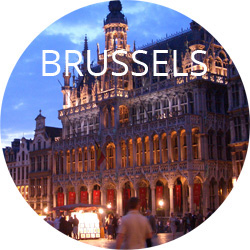 We are pleased to announce our ninth and latest chapter, YCW Brussels, headed up byEllen Kelly, Lei Zhang, Jessica Mitchell, Chiara Zannini and Michal Makocki. Subscribe to the chapter here and watch out for the upcoming launch in October.

Across our global chapters

In Shanghai on August 20, YCW hosted Zhang Junhua, Professor of Political Science at Jiatong University’s School of International and Public Affairs, who spoke about China’s emerging neo-statism and its impact on the global political economy.

On August 27, Director of Research for China Policy David Kelly spoke in Beijing about getting out of the trap of diplomatic rhetoric in the context of China’s foreign policy.

On September 7 in Singapore, Alexander Neill, Shangri-La Dialogue Senior Fellow for Asia Pacific Security at the International Institute for Strategic Studies (IISS), spoke about the strategic impact of the militarisation of the South China Sea.

In Shanghai on September 13, Founding Director of the SOAS China Institute at London University’s School of Oriental and African Studies Michel Hockx discussed internet literature and publication reform in China.

YCW New York: On September 16, Managing Director of GaveKal Dragonomics Arthur Kroeber will discuss if China is ready for global economic leadership. On September 18,Scott Kennedy, Deputy Director of the Freeman Chair in China Studies at the Center for Strategic and International Studies will speak on China’s role in global financial governance.

YCW Shanghai: City University of New York professor Tamsen Sen will speak on September 21 about the present and future of India-China relations.

Make sure to sign up here to receive invitations to our events. Or check your subscription settings to ensure you’re receiving updates from city chapters you’re interested in.

Our latest on the YCW blog

The world continues to be preoccupied by China’s financial volatility and economic slowdown. We revisit our interview with Jason Bedford, Director of Asian Financials Research at UBS, on shadow banking’s real impact on China’s financial sector.

What did you think of China’s elaborate 70th Victory Day military parade celebrating the end of World War II? You may be interested in our past interview with Oxford historian Ranna Mitter on the role of nationalism in China-Japan relations.

The Brookings Institution is looking for a Publications and Translation Coordinator at the John L. Thornton China Center. Apply here.

Schwarzman Scholars is a highly selective and fully-funded opportunity for scholars, which includes a one-year Masters degree at Beijing’s Tsinghua University, and first-hand exposure to China, its people and a global group of promising leaders. Apply by October 1, 2015.

SOAS, as part of the University of London, offers accredited certificates and diplomas in Communicative Chinese, a highly-regarded program that trains Chinese speakers to teach Mandarin as a reogin language at the university level. Learn more here.

YCW shares many jobs and internship opportunities across different cities, all focused on China. For more, please visit our Facebook and LinkedIn for updates.

As always, if you have ideas for our global chapters or would like to work with us, contact us at info@youngchinawatchers.com.
YCW Newsletter – September 2015