Editor’s Note: This year began with President Xi Jinping extolling the virtues of globalization at Davos and, from there, never failed to deliver moments in global affairs that ranged from eyebrow-raising to surreal. As we look back at the events that shaped 2017, the Global Editorial Team has selected a few particularly insightful interviews and features that may provide some understanding of what happened, and a sense of direction for what lies ahead. 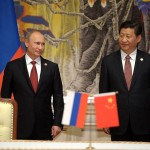 Our first edition of Views From the Ground in July surveyed YCW’s chapters in Berlin, London, and Brussels for their views on the evolving Sino-Russian relationship. This year, Xi declared that China and Russia were “山水相连的好邻居、守望相助的好朋友、精诚协作的好伙伴 (good neighbors connected like mountains to water, good friends watching over and defending one another, and good partners cooperating with sincerity).” But what may have been left out of public statements? 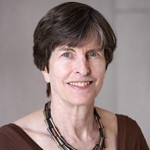 Claire Reade, Senior Counsel at law firm Arnold & Porter Kaye Scholer LLP in Washington, DC, spoke to us in January about the long-term economic consequences of a trade war between China and the U.S. In a prescient interview, former president Obama’s top trade representative lends us her insights on the future of free trade agreements around the world. 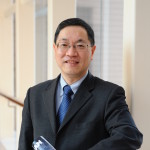 Shen Dingli, Associate Dean at Fudan University’s Institute of International Studies and adviser on arms control and regional security, spoke to us in August about the most pressing security issues facing China, spanning land reclamation in the South China Sea, Sino-U.S. relations, agitation from Pyongyang, Taiwan, and tensions with India. A must read for any China-watcher with a security focus. 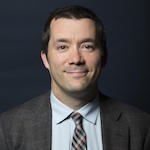 “From an engineering standpoint, the idea of a Chinese typewriter is mind-blowing given the absence of an alphabet or syllabic system.” In June, Thomas Mullaney, Associate Professor of Chinese History at Stanford University, told us how the history of the Chinese typewriter and Mao-era experimentation may impact the way we think about human inventions today. 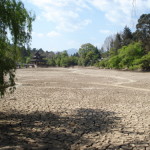 Three of the four top essays for the inaugural Lau-YCW essay competition addressed China’s relationship with the environment. The winning essay by Lauren Dickey, published in January, was an impassioned treatise on China’s water security, tracing the growing water crisis from Mao Zedong’s post-1949 development projects to Zhongnanhai’s “sponge city” pilot program. She argues, “China’s partners and friends can learn from Beijing’s mistakes. But it is the success stories that others will emulate.” 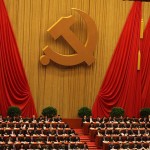 In October, we canvassed members of the YCW global network for their thoughts on what to expect from the 19th Party Congress. We admit that our polling was off on the question of Wang Qishan’s future, but take a look at our predictions for areas of reform, the next conglomerate in the cross-hairs for restrictions on outbound investment, and China’s top foreign policy challenges for the five years ahead. 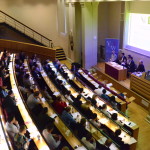 Also in October, YCW and King’s College London’s Lau China Institute held its inaugural one-day conference on the theme: “China in 2050: The World Through Beijing’s Eyes.” Nearly 200 attendees gathered in London to hear thoughts from Isabel Hilton on civil society, Kerry Brown on ideology, Xibai Xu on Skynet, Agatha Kratz on the Belt and Road Initiative, Geoffrey Yu on high-net worth investment in China, and much more. A superb overview of broad political, economic and sociocultural trends in China from top thinkers and budding voices.