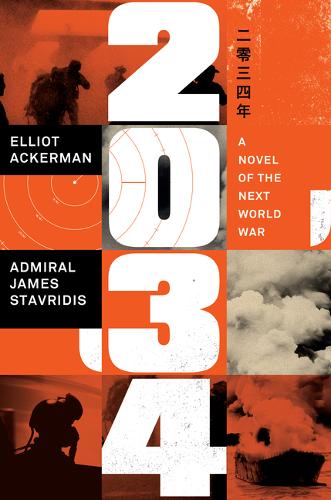 Elliot Ackerman, former White House Fellow and Marine, and Admiral James Stavridis, former Supreme Allied Commander at NATO and commander of the U.S. Southern Command, lean on their extensive experience in the U.S. military to provide a fictional cautionary tale of war between two superpowers.

The book begins in the South China Sea (SCS), which has become a particularly fraught environment for the U.S. Navy’s Freedom of Navigation Patrols. The geography is important, as the book indicates that China’s reclamation activities in its near seas have allowed it de-facto ownership of the SCS in 2034, much to the frustration of the U.S. administration. A trap is set by Chinese People’s Liberation Army Navy to ensnare the unwanted visitors, and a conflict soon ensues.

A number of different characters feature throughout the book, including Iranian and Indian military and foreign policy leaders, but a stand out character is American White House official Dr. Sandeep Chowdhury, who finds himself reflecting on the path that has led to conflict with China. Chowdhury understands that partisan politics and unwinnable wars in the middle east have led to the decline of U.S. power, but he struggles with the reality of a multi-polar world. External circumstances force him to reconnect with his ancestral home of India, now a major economic and military player, and he discovers that the Indian Government has plans to end the Sino-U.S. conflict, by whatever means necessary.

The running theme throughout the book is that a wise country will not start a war, but instead will use its strategic prowess and military force to finish the war. India has studied the lessons of WWII and comes to the decision that it will involve itself in the current conflict at its tail end, and reap the benefits of a new world order.

“2034” is a thought-provoking read for all of the national security enthusiasts and China Watchers out there! The book would have benefited from giving the main characters a bit more depth, which would allow the reader to better imagine themselves in their shoes. While the emphasis placed on military weapons could prove to be of little interest to those not operating in the national security space. Though elements of it may come across as far fetched, it meets its objective which is to cajole the reader into imagining how WWIII could take place.

In sum, the book allows the reader to imagine a world very different to our own and is a riveting summer read!

Book Review – “2034: A Novel of the Next World War” by Elliot Ackerman and Admiral James Stavridis