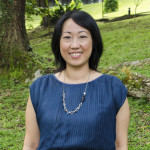 Elaine Lynn-Ee Ho is Associate Professor at the Department of Geography and Senior Research Fellow at the Asia Research Institute, National University of Singapore. Her research addresses how citizenship is changing as a result of multi-directional migration flows in the Asia-Pacific. She is author of (2019; Stanford University Press). Her current research focuses on two domains: transnational ageing and care in the Asia-Pacific, and border mobilities between Myanmar and China.

Young China Watchers (YCW): What was your personal motivation for writing “Emigration, Immigration and Re-migration Across China’s Borders”? Your book intertwines personal accounts of individuals’ migration and citizenship in China, Canada, Singapore and the China-Myanmar border. Why did you choose to focus on these particular geographic areas, and how far back were you able to go in your research?

Elaine Ho (EH): My research on Chinese migration started with a curiosity about what citizenship—connoting membership, identity and rights—means in non-Western contexts, and how people’s attitudes towards those components evolve when they live overseas. As a Singaporean of Chinese ethnicity, China’s diaspora engagement caught my attention early on. In China, the Chinese I met would refer to me as “huaqiao” (华侨, Chinese abroad), whereas in Singapore the terms more often used are “huayi” (华裔, Chinese diasporic descendants) and “xinyimin” (新移民, post-1979 new Chinese migrants). The distinction seems slight, but the nuances of such nomenclature offers a snapshot into the fluidity of Chinese identity, belonging， and membership.

I lived and worked in Canada for two years, during which I researched Mainland Chinese immigration and return migration. Such migrants faced integration and deskilling challenges whilst living in Canada, prompting return migration decisions after they or one of their family members have secured Canadian citizenship status; but their stint in China would only be temporary as many intend to re-migrate to Canada eventually. Their return and re-migration journeys—while bearing a new citizenship status—illuminate the multiple affiliations that migrants develop, in this case, as a “secondary diaspora” of Canada now living in China.

As I delved deeper into topic of Chinese re-migration, I learned about a little-known case of the “guiguo nanqiao” （归国难侨, refugees of Chinese ethnicity who became labelled as “returnees” upon their resettlement in China during 1949-1970）. They had fled anti-communist sentiments or ethnic persecution in decolonizing Southeast Asian countries. The Chinese government extended repatriation and resettlement assistance on account of their co-ethnicity. Their oral histories helped inform the book’s arguments on how this episode of refugee migration became re-signified as “return,” even though many of those Chinese diasporic descendants had never lived in China before. Such acts of resignification helped legitimize China’s reach towards the Chinese abroad, across generations.

My research extended to the Chinese in Myanmar (previously Burma) when the country opened its doors to new visitors following its transition to a civilian government. Longstanding cross-border exchanges resulted in successive waves of Chinese migrants to Myanmar; many have localized over the decades, but retained Chinese language skills and cultural identities, enabling them to temporarily move to China for better work opportunities. Their interactions with the domestic-born Chinese at the China-Myanmar border, along with other research findings, augment the book’s arguments on the heterogeneity of Chinese identity, borne out of notions of “suzhi” (素质, human quality) that are tied to the developmental status of the different countries in which Chinese populations are found.

YCW: A tremendous feat of your research is directing attention towards certain global events and spatial connections that interlink with multi-directional migration patterns. How might this theory apply to current diplomatic blazes such as Canada’s arrest of Huawei CFO Meng Wanzhou, and other examples of recent global events?

EH: As a Chinese national who is also a Canadian permanent resident, Meng Wanzhou’s situation illuminates the legal precarity that Mainland Chinese migrants might face, as well as how diplomatic tussles between countries can imbricate diasporas. Meng’s case elicited responses from different constituencies of Chinese living in Canada, with some pro-China advocates acting in support of her release while others remain in favor of Canada’s judicial process.

Meng’s case is not an isolated example of how diasporas can play a role in diplomatic relations. Diaspora strategies—state-led policy initiatives to mobilize diasporas—is a favored tool of emigrant nations like China and India, which see their diasporas as advocates abroad for their country of origin. Diaspora strategies and engagement illuminate the interconnectedness of emigration and immigration nations, where policies and decisions made in one part of the world can have profound impacts in another part of the world.

“Diaspora strategies—state-led policy initiatives to mobilize diasporas—is a favored tool of emigrant nations like China and India, which see their diasporas as advocates abroad for their country of origin.”

YCW: Your book states that “the Chinese abroad continue to be regarded as co-ethnics who should serve the ancestral land.” However, much of the sanju huaren (散居华人, Chinese diaspora), who are ethnically Chinese but born abroad with foreign nationality, have different cultural, linguistic and behavioral patterns. In your interviews, did you find that most such immigrants to China viewed it as their “ancestral land”? What is the government’s approach towards the Chinese diaspora who have re-migrated to China?

EH: Chinese diasporic descendants who re-migrate to China for work, study, or marriage often retain a degree of cultural affiliation with China, whether in terms of language, values, or customs. Some, like the Singaporean-Chinese interviewed by geographers Katie Willis and Brenda Yeoh, use their time in China as a means of rediscovering their cultural roots. However, in my book I observe that Chinese diasporic descendants embody distinct national identifications with their natal lands (e.g. Singapore) that sharpen perceptions of how they are different from co-ethnics who are born and bred in China (i.e. Chinese nationals).

Towards the Chinese diaspora who have re-converged in China, the Chinese government provides special immigration status and visa procedures for those from Hong Kong, Macau and Taiwan. However, other Chinese diasporic descendants or former Chinese nationals with foreign nationality status are required to apply separately for the right to live, work, or study in China. In recent years, the Chinese government has recognized that more former Chinese nationals who have naturalized abroad (e.g. in Australia, Canada, and New Zealand) are applying to re-migrate to China, hence it implemented a wider range of temporary visa categories for persons who are able to prove they have immediate family ties in China (e.g. Q and S visas). Qualifying for permanent residency in China—a route towards citizenship—is challenging as the skills, income and qualification criteria are set at a high bar.

YCW: You use Singapore as a unique example in which colour-coded and supposed colour-blind “racism” are able to coexist. How easy is it realistically to shift one’s citizenship and sense of identity?

EH: The notion of “racism” deployed in this book is drawn from cultural theorist Etienne Balibar, who wrote that racism is at its core about how various forms of cognitive categorizations—not only skin color—can manifest as systematic modes of exclusion, stigmatization, and in some cases, repression. Singapore is used as an example to show how multicultural policies target inter-racial differences, but inadequately address the cultural differences that exist between co-ethnics. Such co-ethnic differences can be borne out of culture, nationality and class status; for example, Singaporean-Chinese identity is differentiated from co-ethnic xinyimin who may have settled in Singapore but retain an outlook and identity described by Singaporeans as “Mainland Chinese”.

Time functions as a device to exclude newer migrant arrivals from fully belonging to a nation-state, even if they have acquired citizenship status. In Singapore’s case, natal ties to the country—through earlier waves of migration—are prioritized in the national story, extending across racial categories in the name of multiculturalism (although in practice inter-racial divisions still exist). Legal scholar Catherine Dauvergne has argued that an “immigration hierarchy” persists in settler (and often multicultural) societies.

YCW: How do you see China’s advancement in technology and artificial intelligence impacting trends in multi-directional migration and identity? The use of WeChat is ubiquitous in China, enabling close networks to persist despite in spite of geographic boundaries. Do you think it’s possible for citizenship, race, and identity to become stripped away as the world becomes more inter-connected?

EH: With a colleague, Dr. Jenny Chiu from Hong Kong University, I have carried out another study on “grandparenting migrants” who move temporarily from China to Australia or Singapore. We found that many Chinese grandparenting migrants use technology to adapt to life abroad. Language translation apps enable them to capture images of English-language words and automatically translate those word to Chinese characters, making it unnecessary for migrants to learn another language.

WeChat is another important tool they use to develop new social networks and exchange information with other Chinese grandparenting migrants abroad. They also use WeChat to remain in contact with friends and family members in China through short messaging, phone calls, and video calls. Such virtual co-presence mitigates isolation and loneliness. Technology thus play a dual role: on the one hand, facilitating migrant adaptation abroad, while on the other hand, enabling migrants to create new or maintain their social networks with fellow nationals. As the world becomes more inter-connected, technology may in fact reinforce national and ethnic identifications.