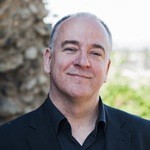 Kerry Brown is Professor of Chinese Studies and Director of the Lau China Institute at King’s College, London. Prior to this he was a diplomat, working for the British Foreign Office in London and China from 1998 to 2005, and then Senior Fellow and Head of Asia Programme at Chatham House from 2006 to 2012, when he became Professor Chinese Politics and Director of the China Studies Centre at the University of Sydney. He is the author of more than 10 books on modern China, including “CEO China: The Rise of Xi Jinping” to be published in April 2016.

Young China Watchers (YCW): Over the years you have collected a wealth of experience and research in China. What were your motivations for moving from diplomacy to an academic role?

Kerry Brown (KB): Diplomacy is a tough profession, despite its glamorous image. When I joined the Foreign Office in 1998, I was excited by the service as a place where literary figures like Graham Greene and John le Carré had worked in the past, and impressed by the dedication and intelligence of my colleagues. But the organization was highly hierarchical, stuffed with people who could not resist spending their days taking perfectly good briefings and laboriously rewriting them. The novelist Lawrence Durrell called diplomacy “a long Jesuitical training in self-deception.” The longer I stayed in the Foreign Office, the more corroded I felt by cynicism. People grow world-weary, and the constant stress of travel really takes its toll.

Being an academic is much more suitable for someone like me; it’s a vocation where you can be creative and contribute responsibly to public debates, without slavishly following a scripted government line. I am full of awe at my former colleagues and their continuing professionalism—it just wasn’t a career I could pursue in the long term.

YCW: In 2012 you published a book on Hu Jintao, and in April this year, you will publish your latest book on President Xi Jinping. What makes these two contemporary Chinese leaders distinctive in shaping the Chinese political landscape?

KB: They really cover two extremes on one spectrum. Hu Jintao was a man without ego, self-effacing and almost robotic in his public manner—but also sorely underestimated. I think he contributed to the institutionalization of the Communist Party of China, and his period in power, despite being criticized as “the lost years,” oversaw enormous growth and development. If China does achieve its ambitions to be a great, strong, and respected modern country, Hu was a main contributor. Some of us are already a little nostalgic for the relatively high levels of freedom during his decade compared to the draconian atmosphere that exists now.

Xi Jinping is evidently a more confident, extroverted character, and more expressive. But there are real worries about how the constant focus on him in propaganda and other areas is challenging the Party’s institutionalization and desire to be a modern political force. For all those who complain about the sameness of Chinese political figures, just look at Hu and Xi and you can see pure difference—apart from their gender and ethnicity! 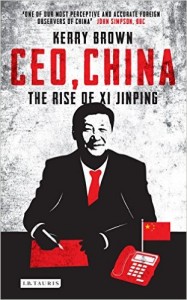 YCW: Due to a lack of transparency, many researchers struggle to fully understand the processes and inner working behind Chinese politics and policy outcomes. This especially holds true for Xi’s inner circle. How did you gather information in compiling a picture of Xi’s political agenda?

KB: Anyone who pretends to have an inside track on Zhongnanhai is talking buncombe. My former colleague Fred Teiwes spent decades examining the elite politics in the Party and wisely concluded that, if you were being strictly empirical, there was very little you could definitively say about this black box at the heart of the Chinese system. I tend to look at the words leaders use (and they produce lots and lots of words) with indications of ideological or stylistic differences. For instance, Xi has been talking about corruption since the early 1990s, when he was an official in Fujian. Li Keqiang’s PhD on semi-urban development has clearly impacted his view of political and economic priorities. Liu Yunshan has spoken at enormous length about media and message-controlling from the middle of the last decade. Handling this material in Chinese gives a little insight into what makes these people tick, even in an often highly circumscribed discourse. I also look at the evidence from career paths and close advisers, such as Xi and his tight group of figures like Chen Xi and Liu He, as well as bureaucratic enablers like Ding Xuexiang.

You want to move away from the sort of sterile, dry Sinological tropes that tend to intimidate people—this quasi-scientific approach where Chinese politics and politicians belong to some specific world with unique rules and patterns. In the end, politics everywhere involves negotiation, prioritizing, dealing with public expectations, and crisis management when things go wrong. In that sense, I try to deploy a bit of imagination and intuition to a figure like Xi. I wonder what I would do in his position, and how his style of politics is meant to address specific challenges and problems. He is a human being, after all.

YCW: The world is watching China very closely due to its economic situation. How well equipped is the current leadership to deal with China’s inevitable adjustment to lower growthrates and manage a smooth transition?

KB: In one sense, leaders are fairly well equipped because they have spent their whole careers training to deal with crises. In the end, the Party is a risk management and crisis management entity. That’s what it does best. But leaders are using a set of tools and political approaches from a restricted selection signified Marxist Leninism. They have made vast modifications, but their top-most priority is preserving the one-party system because they sincerely believe this is their best bet to achieve great-nation status. Of course, no one really knows what that status will look and feel like once achieved. And in some ways, the Party’s ultimate success, if and when it happens, means that all these questions about it no longer being necessary come to the fore.

The Xi leadership has an immediate challenge. It relied in the past on economic growth as the core source of legitimacy, but now that message is much weaker. This might explain the shift to more nationalistic messaging to bolster its rule. The problem is that the outside world is clearly very important for China in solving many of its domestic problems—environmental, intellectual, technological, and so on.

YCW: To many China observers, China’s economic slowdown is closely linked to domestic political stability. How sensitive is Xi and the Party to this relationship?

KB: At the moment Chinese leaders are working in a very restricted space, where their margin for error is low. No one pretends that Chinese people have deep loyalty to the Communist Party. Their loyalty ebbs and flows with growth. Lower growth means lower loyalty. Zero growth means all bets are off. The Party therefore needs to generate new sources for loyalty, which at the moment is the fear and worry about China’s vulnerability if it jettisons the unity offered by the Party. Negative politics can work—but never in the long term. The positive message of the Xi leadership is yet to come through. So far, it has been about cleaning up the Party with anti-corruption and disciplinary measures. But pretty soon, it will need to deliver a more positive idea of its vision—and no, the 中国梦（China Dream）will not cut much mustard. Chinese people want something tangible and real.

YCW: With regards to accessing information and gaining insights into the Party’s inner workings—especially for those not in China—what is your advice?

KB: Treat Chinese politics like politics anywhere. There are alliances and deals between political figures, and coalitions that work for a while and then cease. Talking about factionalism in Chinese elite politics is problematic because it makes things superficially easier than they are. There are no concrete links between people that mean political positions can be explained by alluding to some neat faction. Keeping an open mind is very important.

Declaring that Xi Jinping is “the most powerful leader since Mao or Deng” is senseless. Mao’s China ceased to exist long ago, while Deng’s China is still developing under the framework he supplied. Xi is a politician using the resources of his predecessors in a hybrid fashion, because the China confronting him is infinitely more complicated socially, economically, and politically. When looking at Xi, we need to think of: who matters most (the emerging middle class, as the country’s greatest economic asset); the things he can do (convey a positive message about the country’s future global position and destiny); and the things he cannot do (start another Cultural Revolution, for instance). As the great novel “Riddley Walker” states: Is there a connection? There’s always a connection.