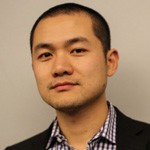 Vincent Ni is a journalist working for the BBC World Service in London. Most recently, he reported from Myanmar on its historic elections. He was previously a foreign correspondent for Caixin Media, reporting from Ukraine in 2014 and from Egypt during the 2011 Arab Spring. A former China Fellow at Columbia University, his investigative work was awarded runner-up prize from the Foreign Press Association of London in 2011. He holds a master’s degree from Oxford University, and is a Fellow at the Royal Society of Arts (RSA).

Ni addressed YCW London in September 2015 at an event on reporting in China.

Young China Watchers (YCW): After studying Internet addiction in university, you pursued your master’s degree at Oxford Internet Institute, Oxford University. What drew you to this area of study?

Vincent Ni (VN): I was one of the first generation in China to use the Internet, so I have been observing how it is changing my life, as well as others’ lives, for a long time. Before I finished my undergraduate degree, I wrote a paper about a clinic in Beijing treating so-called Internet addicts. That was when China had just embraced the Internet and many kids started going to Internet cafes. There was an emerging social problem partly because of the one-child policy: Families had a great hope for their children go to higher education, but if you spend 40 hours a week in front of the computer, obviously you’re not going to get good academic results. So many parents became very worried about that, and they went to this clinic to help rectify their children’s behavior.

Around the same time, I was also very much attracted to theories of surveillance and the treatment of psychiatric illness, so I decided to develop this bit further. After covering the 2008 Beijing Olympics, I decided to apply to Oxford, and luckily I was awarded a scholarship.

YCW: We are still understanding how the Internet is a double-edged sword for a government with authoritarian characteristics. While technology has certainly freed public discourse, it has also provided a tool for government oversight. How has the Internet impacted China’s political environment?

VN:  Policymakers as well as academics are still trying to understand the nature of the Internet. Tim Berners-Lee, who invented the World Wide Web, recently said that we need a Magna Carta for the Internet, but certainly it will be a long crusade until we achieve this.

The reality is that after so many years of advocacy, we have seen more countries invest enormously in mechanisms to restrict the stuff we can access online. Especially in light of the Edward Snowden affair, many governments are starting to control the Cloud services, setting up Checkpoint Charlies in the virtual world, if you like. This is matter of concern to those who believe the internet is boundless.

In terms of China, the interesting thing is that, although some are concerned about a more restrictive internet, many in the country are quite content with what they are given. This is partly because of a disconnect in the discussion between those in China and those outside China. It is also partly because the alternative services domestic Chinese companies set up—WeChat, for instance—are just as innovative and usable, if not more so, than their Western rivals such as WhatsApp .

YCW: Let’s talk about some of the biggest stories at the moment. Few China-watchers were surprised when Tsai Ing-wen and her Democratic Progressive Party (DPP) won elections in Taiwan this month. Are there tensions ahead in the cross-strait relationship?

VN: It seems not very likely for the time being. If you listen carefully to what Tsai Ing-wen is saying, although she has never made clear her position on the 1992 Consensus, she promised not to ‘provoke’ or be unpredictable in her dealings with mainland China. So even though her party believes that Taiwan should be independent from China, it’s not likely Tsai will change the status quo.

Dealing with Taiwan is also a learning curve for Beijing. In 1996, before the DPP party won the election, China and Taiwan had the missile crisis. This time around China’s officials were pretty cautious in terms of their remarks on Taiwan’s elections.

We shouldn’t forget that the U.S. is a very important element in this relationship. Right after Tsai became the president-elect, the U.S. sent an envoy to Taiwan. Apparently Washington does not want to see the situation go too far at a time when it has more pressing things on its foreign policy agenda: TPP, the rebalance to Asia, and a role in the Middle East vis-à-vis fighting the so-called Islamic State.

YCW: You seem to have an affinity for American politics, having previously covered the 2012 general elections and often tweeting campaign news. What is your impression of how China is being portrayed in the run-up to the U.S. presidential elections?

VN:  Yes, I have always been fascinated by American politics. In fact, shortly after I was sent to Washington by Caixin, I started to read and listen to the dispatches by Alistair Cooke, a veteran U.S. correspondent for the BBC, who spent decades broadcasting about America to a British audience.

The heightened rhetoric about China in this U.S. election season is not surprising to me at all. In fact, China-bashing has been a phenomenon for American election campaigns for some time. In this election, you see Donald Trump blaming China, and Hillary Clinton too directing criticism towards China. But what candidates say at this stage does not necessarily reflect what they will do after they are elected; you always have to be more radical when jockeying for a position with rival politicians. In office Presidents’ tones soften quite a bit.

The relationship between the U.S. and China is arguably one of the most important diplomatic relationships today. Obama had been criticized for being too soft on China up until quite recently, when he started ratcheting up his rhetoric on issues such as the South China Sea. I’m curious to see what kind of China policy the next U.S. President will have.

YCW: This month Chinese President Xi Jinping is visiting Saudi Arabia, Egypt, and Iran. What are China’s objectives on this Middle East tour?

VN: In terms of Xi’s visit this month, you see that oil prices are tumbling and it’s in China’s benefit to get along with both Saudi Arabia and Iran. I think with the lifting of the sanctions this month, Chinese businesses will inevitably face more competition from other players, but they will also have more opportunities to expand in Iran and across the region. The fact that Xi visited both Iran and Saudi Arabia, two countries that are engaged in a war of words, also means that China does not want to take sides on controversial issues.

More broadly, China’s hitherto unassuming foreign policy towards the Middle East might change under Xi’s presidency. President Xi has pledged to take a more active role in international affairs—but at the moment China is still 摸石头过河 (crossing the river by feeling for stones). China wants to get involved in stabilizing the region so that it can protect its growing business interests, but it also doesn’t have much experience in issues such as security.

VN: For Chinese journalists interested in foreign affairs, it’s a really good time to go abroad and report. There is, in fact, a huge demand in China for international news. Sadly, international coverage, especially towards the U.S., is very much polarized—official media tend to portray America as a bad country, whereas more liberal media tend to suggest that whatever happens in America is a model for China. This does not help the many people in China who want to know what’s really going on outside their country and how it relates to them.

For Western journalists interested in China, the story of China’s economic transition is a fascinating one. This is not just about figures and politics, but about how ordinary people feel the change and how they respond to it. And given China’s sheer size, this is also a story about other emerging economies and their people.

We actually hear many news headlines about China these days, but very few voices on the lives of ordinary Chinese people. The BBC’s Carrie Gracie followed a family in the White Horse Village for 10 years, and she was able to report on the changes of this family and society as a whole. The New Yorker’s Peter Hessler has also adopted this approach. The way they tell stories of complex societies and their people is just amazing. However, such in-depth work is challenging for those who work in a daily news environment.