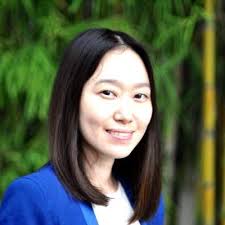 Dr. June Park is an East Asia Voices Initiative Fellow of the East Asia National Resources Center at the George Washington University Elliott School of International Affairs. She is also a Next Generation Researcher at the National Research Foundation of Korea for her first book manuscript, “TRADE WARS; CURRENCY CONFLICT: China, South Korea and Japan’s Responses to U.S. Pressures since the Global Financial Crisis,” and working on her second book project, “EUROPE’s CHALLENGES & RESPONSES: Between Faustian Bargains with China and U.S. Pressures since Brexit.” Her writings have appeared in peer-reviewed publications such as World Development and Asian Perspective, as well as policy-oriented publications such as The Diplomat and East Asia Forum.

Young China Watchers (YCW): Under the Next Generation Researcher fellowship of the National Research Foundation of Korea you have been working on your first book manuscript, “Trade Wars & Currency Conflict: China, South Korea and Japan’s Responses to U.S. Pressures since the Global Financial Crisis.” Can you explain China’s response to growing U.S. protectionism in the post-economic crisis climate? How does its approach differ to Japan and South Korea?

June Park (JP): While I argue that the policy preferences of the dominant player(s) in China’s case have been “escalation upon pressures” by the Central Financial and Economic Affairs Commission (CEFAC) of the Central Committee of the Chinese Communist Party (CCP), it is also worthwhile noting that geopolitical ambitions are embedded in China’s drive for escalation in trade wars, and that the institutional capacity and the scale of trade remedies that China has come to possess allow for China to escalate. Without such institutional backing, it would be too risky for dominant decision makers of China to exert their policy preference of escalation in practice. Trade remedy measures have been developed for almost two decades since China’s accession to the WTO in 2001, and the Chinese government has been very adept at wielding them.

Among the three countries of observation in this book, China’s trade remedy measures take the form most akin to the U.S. trade remedy measures, but with the option of self-initiated investigations by the Ministry of Commerce in place which empowers the Chinese trade bureaucracy. In comparative perspective, while South Korea has also built a trade remedy system much stronger than Japan’s — albeit deployed in a defensive form akin to the EU’s Trade Barriers Regulation — Japan has been very much lagging in utilizing such mechanisms. The novel analyses in my book take the field of East Asian and international political economy one step forward by clarifying the sources of East Asian policy responses to U.S. economic pressures.

YCW: Thinking ahead, do you have any predictions as to how the U.S.-China trade war will play out post-U.S. election? Do you think a second-term Trump will dig in his heels when it comes to China, and what would a Biden presidency do? Could you outline the potential scenarios you see taking place? (Editor’s note: The Interview was conducted pre-2020 U.S. presidential election)

JP: At the beginning of the reelection campaign cycle, it was uncertain how the election campaigns would unfold. Because of the impact COVID-19 has had on the election campaign, it would be difficult to project the outcome of the elections on the trade war alone. But just comparing the campaign pledges laid out by Trump and Biden, it is not difficult to notice that Biden’s proposed trade policy does not deviate much from Trump’s, as it emphasizes the motto “Made in America by all of America’s Workers” and stresses economic security of the nation. The hard line on China is not likely to change under Biden, as the discourse on China has been agreed upon by both sides of the aisle and making a sudden shift on China would be a political burden for Biden under the current climate. While Biden has not been in favor of tariffing practices under Section 232 of the Trade Expansion Act of 1962 or Section 301 of the Trade Act of 1974, no clear positioning has been exhibited by the Biden campaign on lifting the tariffs, and antidumping and countervailing duty investigations would continue even under Biden.

What clearly separates Biden’s campaign content from Trump’s is the pledge on climate change, which entails levy of carbon tax on emissions and returning to the Paris Agreement. The carbon tax may cause frictions with emerging states including China. No clear statement on the Comprehensive and Progressive Agreement for Trans-Pacific Partnership (CPTPP). Foreign policy and trade policy issues would be secondary when the U.S. is still struggling in pandemic governance, and domestic issues have been prioritized in U.S. presidential elections and reelections, so this is not a big surprise. Biden’s proposed agenda appears to embody selective multilateralism while putting America first, but there are no clear indications on bilateral or regional trade agreements from the Biden camp, before the U.S. economy recovers from the impact of the pandemic.

YCW: Your second book project, “EUROPE’s CHALLENGES & RESPONSES: Between Faustian Bargains with China and U.S. Pressures since Brexit” examines why the core economies of Europe — Germany, France and the U.K. — are in dissonance when it comes their encounter with China. What are the differences in their approach to China and in which areas do they find general agreement?

JP: Some may argue that the policy dissonance may be attributed to the different levels of trade openness to China or the availability of a nuclear umbrella (applicable to France and the U.K., as opposed to Germany, but only France holds the option of providing a nuclear umbrella for the EU). Others may argue that utilizing China and the U.S. would be vital to countering the adjacent actor, Russia. Although the EU had held the three countries together for the past two decades, the U.K.’s Brexit signaled to its fracture. France and Germany have also exhibited different policy directions, even on China, although both are quite much aligned when it comes to issues such as climate change and General Data Protection Regulation (GDPR), or salvaging international institutions such as the WHO or the WTO.

Explaining European policy dissonance on China would require examining first the institutional variance in policymaking that leads to different responses for the three states. To start off, I am focusing on the decision-making structures depending on political systems that range across federalist (Germany), presidential (France), and parliamentary (U.K.) systems with varying levels of balance between executive autonomy and bureaucratic autonomy, to identify the key decision-makers in policymaking and their policy preferences on the three issues at question. For instance, compared to the centralized traits of French politics and governance, Germany has always retained preference for an apolitical, neutral state run by technocrats. However, as of late, a competing hypothesis has arisen for me, which is that in the case of Europe, countries vary considerably in what their ultimate values are in a state’s foreign policy. Germany is a trading state with a strong geo-economic approach, which embodies commercial Realpolitik emphasizing national economic interest. In other words, the varying levels of influence between political actors and industries in each country will need to be scrutinized in the context of policymaking in analyzing the responses to pressures.

YCW: Following up on that question, how do you see Sino-U.K. relations changing post-Brexit?

JP: The U.K. may be headed for what appears to be a geopolitical drive in its foreign policymaking, manifested by its announcement to take in as many as 3 million Hong Kong immigrants in the face of the implementation of the National Security Law in Hong Kong. At the same time, the trade negotiations with the EU and the U.S. placed the U.K. under pressure. As the U.S. sanctions on Huawei began to bite, the U.K. ultimately reversed its decision made in January 2020 and declared it would phase out Huawei from its 5G infrastructure network by 2027. The phase-out could come as early as 2025. Thus far, the U.K. has awarded 5G infrastructure contracts to Nokia and may consider other service providers for its network. The U.K.’s decision has been very impactful: France announced a similar move of a Huawei phase-out by 2028 and Belgium’s main carriers also chose Nokia; The EU and Germany have not yet made a clear-cut decision. Thus, economic retaliation from China can be expected, as with the Hong Kong issue, especially if the EU champions competing firms such as Nokia and Ericsson.

YCW: In your recently published OpenAsia piece “What COVID-19 reveals: The risk of China-Centered Global Supply Chains and the Acceleration of Tech Wars in AI,” you question whether global enterprises would continue to rely on China-centric global supply chains. How do you see global supply chains changing post-COVID? Why do you think we will see an acceleration of tech wars in artificial intelligence (AI)?

JP: The supply chain rethink is prompted not solely by the pandemic, but also by other conditions of operations within China, the ongoing tech wars, and the geopolitical divide.

The acceleration of tech wars in AI is also occurring along the lines of the pandemic, tech conflict and the geopolitical divide. The ongoing tech war between the U.S. and China that has spilled over from the trade war has revealed that the tech realm is the main crux of the U.S.-China conflict for global leadership, which can only be grasped by competence and supremacy in future industries. The White House National Strategy for Critical and Emerging Technologies, designating 20 core areas from quantum information science to semiconductors, microelectronics and space technologies; and China’s Export Control Law, with potential for banning rare-earths exports in response, clearly manifests what is at stake in the tech conflict: Global primacy based on technology that would decide global economic and military leadership. The cases of the tech conflict to date — ranging from the penalty on ZTE, the formulation of the Entity List by the U.S. Department of Commerce to implement, the ban on chip sales to Huawei, and the campaign against Huawei’s 5G network, to the ban of transactions using Chinese-developed platforms TikTok and WeChat — are only to be exacerbated by the accelerated adoption of contactless means that are poised for sophistication under COVID-19.

As the pandemic is lengthened and contactless transactions and interactions in the digital environment become the norm, it prompts the application of AI tools that would require advanced semiconductors for full-fledged implementation — both system chips and memory chips — as well as 5G network connectivity to back augmented reality, autonomous driving and 8K streaming, to name just a few features. If the U.S. bans China’s access to advanced chips, China will need to develop them on its own or obtain them elsewhere. It has been a proven fact in the past decades of industrialization that leadership in semiconductors is very much connected to efficiency and productivity that lead to economic development and missile defense capability — which is why the Huawei ban is a clear indication of the clash that will persist between the U.S. and China vying for global leadership.

YCW: What China-related books or podcasts would you recommend to our YCW community?

JP: In 2020, I launched my BookTube channel “INSIDE TRADE WARS” on YouTube to raise public awareness on trade wars. Some of my recommendations from BookTube include:

On China in Europe: “China’s Offense in Europe” by Philippe Le Corre and Alain Sepulchre (2016)

On China and tech:
“Competing in the Age of AI: Strategy and Leadership When Algorithms and Networks Run the World” by Marco Iansiti and Karim R. Lakhani (2020)