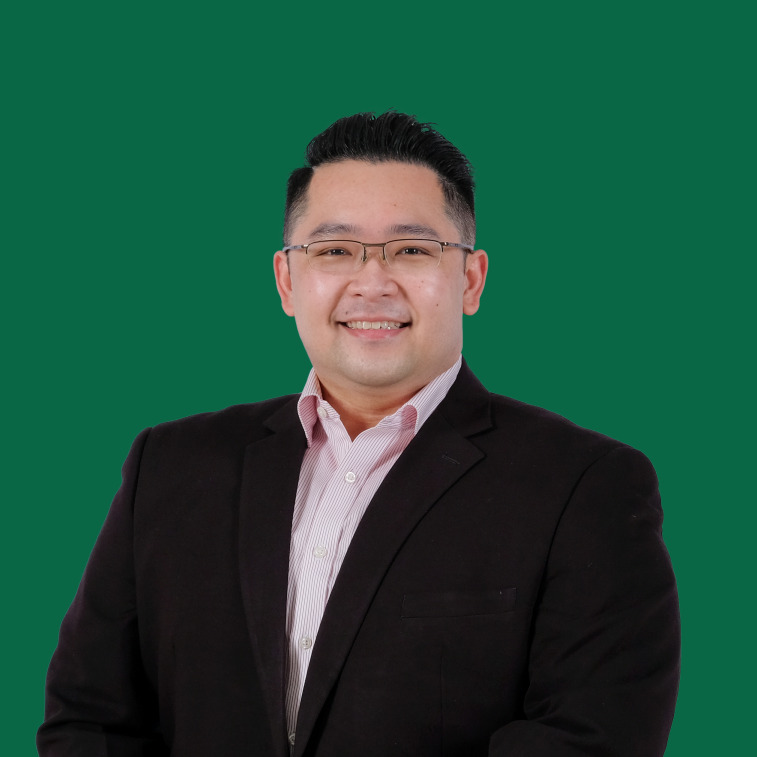 Evan A. Laksmana is a political scientist and senior researcher at the Center for Strategic and International Studies (CSIS) in Jakarta, Indonesia. He has held visiting and research positions with the National Bureau of Asian Research, Sydney University’s Southeast Asia Centre, the Lowy Institute for International Policy, the German Marshall Fund of the United States, and the S. Rajaratnam School of International Studies in Singapore. His scholarly research has appeared in several renowned publications such as the Journal of Contemporary Asia, Asian Security, Asia Policy, Asian Politics & Policy, Defense & Security Analysis, Contemporary Southeast Asia, and Harvard Asia Quarterly. His policy essays have been published by The New York Times, Washington Post, Foreign Policy, Foreign Affairs, South China Morning Post, The Jakarta Post, East Asia Forum, The Strategist, and others.

Young China Watchers (YCW): The relationship between China and South East Asia contains several arenas of cooperation and conflict: China’s strong bilateral economic relations resulting in reliance of some countries on Chinese financing as well as conflicts over the South China Sea, increasing negative perceptions of China in the region, and fears of unsustainable debt incurring from Chinese projects. From your perspective, what are the most dominant traits of the relationship between China and the region?

Evan Laksmana (EL): The only thing that is common is that there is no common framework to understand all of the 10 Southeast Asian countries and their relationship with China. Some countries are more likely to push back against China, like Vietnam, some countries are playing the middle part like Indonesia and Singapore, some are leaning towards a much closer or even a proxy relationship to some extent, like Laos and Cambodia. The bilateral dynamics are very different to the relationship between China and ASEAN as a multilateral grouping.

If there is a generic pattern across the board, it is that the military and economic power of China today is not in dispute. Most countries in the region would recognize and accept that the relationship is not the same as it was 10, 15 years ago. We are now entering a very different era and the idea that China has arrived, rather than China is rising, is dominant now. Whether or not the domestic political elites of Southeast Asian countries are more adept or capable of balancing economic and security interests, or are submitting themselves to be part of China’s broader effort to remodel regional institutions, the balance of power,… still varies from country to country.

EL: It depends on how you define vaccine diplomacy. If you define it as China taking advantage of the vulnerabilities of Southeast Asian countries in terms of economic or medical supply chains, that certainly has been successful. When it comes to COVID-19, China has established itself as the premier alternative for a range of medical supplies, for smaller items like masks all the way to vaccine research. In terms of the scale of what countries like Indonesia need, there aren’t many alternatives. The U.S., Japan and Australia are somewhat catching up and have become more active in the last few months, but in the early weeks of the pandemic in March until May or June, China was the most active. In Indonesia for example, 80–90% of companies providing some form of medical supply — be it herbs, masks, rapid tests, or other COVID-related medical supplies — are either Chinese companies or affiliated with Chinese companies. That shows the vulnerability regarding medical supply chains.

If vaccine diplomacy is interpreted as successful in terms of China being able to use or leverage the relationship through COVID for a quid pro quo, between vaccine research and positions on the South China Sea for example, that remains to be seen. There is yet to be any explicit remark on that made by officials.

When it comes to supply chains, economic growth and economic recovery, Southeast Asia will depend on China for at least the next decade. COVID really did hammer home the fact that even if China does not systematically or deliberately wield its power as leverage over vulnerabilities, most countries in the region are increasingly dependent on the Chinese economy as well as Chinese medical supplies. That makes it harder for countries to seriously push back on China’s behavior.

YCW: According to a recent survey by the ISEAS-Yusof Ishak Institute, in South East Asia China is seen as the most influential economic and political-strategic power in the region. By contrast, Japan, whose role is often underestimated by commentators, was named as the most trusted major power. What is the role of Japan in the region?

EL: Japan has the potential to be equally if not more influential than China. The relationship is not new and Japan has substantive but low-key engagements in terms of trade, investment, but also security. For instance, for a long time Japan was the only country to which Indonesia would send its military cadets for overseas training.

The reason why it has been underestimated is because of the low-key nature, focusing on business communities, people-to-people interactions, and quiet security cooperation, rather than military hardware. Japan is perceived as the quiet power, a close partner, not making headlines or proposing radical initiatives to remodel the regional order. When it comes to high-profile engagement, China remains in the front. But under [Former Prime Minister of Japan] Abe, Japan has become more assertive, and in the midst of the strategic flux in the Indo-Pacific, if there is one country that can fill the void left by the Trump administration, it would be Japan.

YCW: ASEAN leaders this month signed the Regional Comprehensive Economic Partnership (RCEP), a trade deal between ASEAN countries and their six FTA partners — China, Japan, South Korea, Australia, New Zealand. What will be the impact of this deal on economic relations of the region, especially in the context of US-China trade tensions?

EL: RCEP clearly contradicts the approach of the Trump administration of “bilateral transactionalism” and is ASEAN’s way to signal a preference for wide-ranging economic engagement focusing on regional economic integration. It is not a perfect trade deal — in that it excludes India and is less high-quality than the Comprehensive and Progressive Agreement for Trans-Pacific Partnership (CPTPP) — but it is the best we have. Policy makers and analysts in the U.S. should stop seeing RCEP as a China-led agreement. It is not; It was ASEAN-created, ASEAN-driven, and it was Indonesia who drove a lot of the agenda home.

“Policy makers and analysts in the U.S. should stop seeing RCEP as a China-led agreement. It is not; It was ASEAN-created, ASEAN-driven”

The trade war is still high in the minds of regional policy makers and overall had a more negative than positive effect on the region. The region is now looking forward to see how the trade war can be managed, if not ended entirely. It’s moving forward without the U.S. on trade, to a large extent on economics and regional integration, so the question is how the U.S. can radically transform its economic and security policy engagement with the region, because right now it is on the outside.

YCW: In June 2020 ASEAN issued a statement taking a much more pronounced position on the South China Sea, with four ASEAN members contesting China’s maritime claims. There is an ongoing dialogue over developing a code of conduct, and maritime trade remains an important economic pillar. In light of domestic politics and a history of tensions surrounding ethnic-Chinese citizens, how far are South East Asian countries willing to go in their rebuke of China?

EL: On the South China Sea, we should not expect a rebuke. Every time there is an ASEAN summit, what everyone wants to know is the two paragraphs in the statement on the South China Sea. This is meaningless because the ASEAN-China Code of Conduct process is not a dispute resolution. It is at best a tension-management mechanism. As a tension management mechanism, there is no alternative to the ASEAN-China Code of Conduct.

Whether or not Southeast Asian states are more willing to be unified or assertive towards China isn’t in the statement. But we could see it in the code of conduct process: Is China’s arbitrary three year deadline followed, leading to a low-quality document? Or is it possible to reach a high-quality document with a legally binding outlook, building on the 2016 United Nations Convention on the Law of the Sea (UNCLOS) tribunal ruling?

On the domestic front, this is separate from the South China Sea. The Singaporean Foreign Minister Vivian Balakrishnan said during a meeting with Southeast Asian analysts at the 2016 Shangri-La Dialogue, “The South China Sea is like the flavor of the month, it’s what’s hot, it’s what’s important, but the relationship goes decades.” Most countries in Southeast Asia refuse to allow one issue to define the bilateral relationship with China, even Vietnam, Malaysia and the Philippines.

“The more the relationship with China raises domestic political stakes and interests, the harder it is for a country to speak about China in an open and candid if not assertive manner.”

The economic vulnerabilities, political sensitivities, and histories of ethnic Chinese all play a role. The more the relationship with China raises domestic political stakes and interests, the harder it is for a country to speak about China in an open and candid if not assertive manner. In particular, the reaction from domestic elites can raise the domestic political stakes for leaders in Southeast Asia. For instance, in Indonesia, the government can neither be seen as too pro nor too strong on China because it would disturb the local political elites, which have a stake in sustaining economic engagement with China.

YCW: And what about the role of ethnic-Chinese citizens?

EL: When it comes to the ethnic Chinese, this is painted with the same political brush. I’ll give you an example from Indonesia: There are very few in the think tank community that write strong positions against China. This is not because of economic pressure, but the things we write or say that criticize China can be manipulated by domestic elites. It can be used by the opposition to try to expose the government as being weak on China. Raising questions about Chinese interference, the relationship with the diaspora, or even about Chinese policies in the South China Sea often has direct political consequences and can even in some cases raise violent incidents against ethnic-Chinese minorities.

By contrast, by and large China has refrained from commenting on or discussing issues regarding ethnic-Chinese Southeast Asians. They learned their lesson in 1998 in Indonesia, and in fact the most active engagement — at least in the case of Indonesia — is not with ethnic-Chinese Indonesians. It is with Muslim organisations, scholarships, high-profile events, donations,… It is largely directed towards the majority, not the minority.