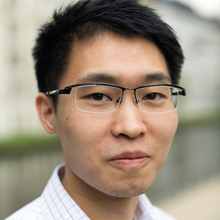 Li Shuo joined Greenpeace in 2011 and leads the organization’s engagement with multilateral environmental agreements, including the U.N. Framework Convention on Climate Change and the Convention on Biological Diversity. He also supports Greenpeace’s advocacy for better ocean governance under the U.N. Convention on the Law of the Sea, various regional fishery management organizations and the Antarctic Treaty. Domestically, Li directs the organization’s policy campaign on a wide range of issues, including air pollution, water, renewable energy and fishery. Li studied political science and international relations at Nanjing University.

From October 31 to November 12, the 26th U.N. Climate Change Conference (COP26) will take place in Glasgow, Scotland. Amidst the confluence of a global pandemic that has postponed COP26 by one year, the deepening axes of global inequality and the increased frequency and intensity of extreme climate events due to rising anthropogenic emissions, COP26 has been marked as one of the most important for governments to take ambitious actions against the climate crisis.

Young China Watchers (YCW): As we are merely weeks before COP26, all eyes are on major emitting countries. From your perspective, what are some policy priority outcomes you’d like to see coming out of COP26 globally?

Li Shuo (LS): The COP26 in Glasgow will be one of the most important COPs — a milestone. The reason why I say this is because of three key policy expectations. First, it has been five years since the parties agreed on the Paris Agreement and submitted their National Determined Contributions (NDCs) in 2015. In the lead-up to COP26, it will be the first crank of the “ratchet mechanism” for countries to increase their ambitions.

Second, 2020-2021 is a major year for climate finance, with a US$100 billion commitment from developed countries to developing countries. COP26 will check on progress for delivery and will also start a discussion on the sources and scale of future climate finance.

Third and lastly, there are the Paris Agreement Rulebook issues under the complicated Paris Agreement adopted in 2015. Essentially, it is an international treaty with general principles on how climate change will be governed on a global level. Some of the specific rules have been negotiated and completed in subsequent years since 2015. But remaining ones such as the enhanced transparency framework in recording and tracking emissions, and establishing a global carbon market, remain to be addressed.

YCW: Similarly, what is the local expectation from China, such as that of Greenpeace’s, on China ahead of COP26?

LS: It may be useful for me here to bring in the top three demands from the EU-China Leaders’ Meeting last September.

First, achieving a net-zero target by mid-century. China somewhat responded to this last September during the U.N. General Assembly (UNGA) with China’s carbon neutrality by 2060 announcement. Second, to peak emissions before 2025. This one has also been insufficiently responded to by China in December last year, where Beijing committed to peaking emissions before 2030. China’s initial goal was to peak around 2030, and now that has been moved slightly forward. For us [Greenpeace], the big step now remains for China to peak before 2025. The third is the behemoth and complex issue of coal, both domestically and internationally. On the domestic side, Xi provided a response during Biden’s Earth Day Summit this year, whereby China will peak coal consumption by 2025. This is not an entirely groundbreaking announcement, as peaking coal consumption should and must precede peaking overall emissions. Internationally, the recent UNGA announcement from Xi on the overseas coal moratorium provides a response to international expectations, although the details on how this commitment will be applied in practice remain to be clarified.

YCW: What about beyond these three expectations?

LS: Put briefly, more should happen from an environmental and climate science point of view. China’s responses to these three demands thus far are welcome, but they are not sufficient to keep China within the 1.5 C temperature rise trajectory.

I may also identify a couple of other policy ambitions that China should embrace before COP26. First, commit to an absolute carbon emission target, beyond a carbon intensity and peak target, as this not only sends an important political signal but also aids transparency and carbon accounting within the domestic context. The second is accounting for and reducing other types of greenhouse gas emissions, including methane and HFCs, which impose detrimental impacts on our environment.

YCW: China has made significant strides in the last year regarding climate, namely with the newly-launched green power trading pilot scheme, the operationalization of the emission trading scheme, continued leadership in global electric vehicles (EV) sales and production and the recent pledge to halt overseas coal. The new International Energy Agency report on China also said that it is on track to peak emissions by the mid-2020s. How would you evaluate the current policy progress? What is worth championing, and what is still lacking?

LS: China is traveling in the right direction, but the important question is the speed of such travel. Last year’s net-zero commitment, given China’s domestic political dynamic, has generated subsequent momentum and unlocked opportunities and progress at provincial levels. For me, the most important remains the widespread mobilization of diverse actors in delivering this target, which hasn’t been the case before. The climate issue now has transpired beyond Beijing and Zhongnanhai with greater mobilization of heavy industries and key provinces.

Now, it is all hands on deck to go beyond the narrative and rhetoric of carbon neutrality and go deeper into the real issues such as implementing deep reforms. The next few years are critical to tell whether the latest climate announcements are real. One urgently needed reform is in the power sector, to transition the system away from a command-and-control model. The current power crunch across the country is partly attributed to the lack of reforms in the sector. Going from zero to 20-30% of renewable energy is not too complex, particularly amidst growing energy demand. But going into the deeper waters of higher renewable shares within China’s energy mix would necessitate a “major surgery” in the power system.

YCW: Let’s dissect what you’ve said a bit more. China recently pledged to stop building new coal overseas. Phasing out coal is certainly a global priority in keeping with the 1.5C pathway. What does this pledge mean? What are its implications globally and domestically?

LS: To me, the political signal sent by this commitment is supremely important. First, it shows that China is responsive to international demands. In light of contentious geopolitics in many other areas, this responsiveness should be the rest of the world. This announcement also debunks an antiquated and false narrative of China tricking the West into climate talks while extracting concessions from elsewhere. What exactly did Beijing get from Washington from this pledge? Fundamentally, such rhetoric applies a zero-sum mentality to climate politics, which is neither how it functions nor how it should be. It may help one country outmaneuver the other, but they will both be outmaneuvered by climate impacts in the end.

That said, I do recognize the important questions that remain to be clarified. These questions include whether the moratorium covers both public and private financing, and critically, what counts as “public.” How will this apply to projects currently in the pipeline? Does this include financing, construction or both?

Banning coal should lend China to supporting other forms of sustainable energy, the provision of which has been both contested and a long time coming. The speed at which we can accomplish this move away from coal to renewable energy will also help determine the credibility of China’s coal commitment. The next two to three years will provide a critical window to cement and realize this commitment and pave a feasible path to the global renewable transition, particularly for many developing countries. The world does not need to – and cannot – go back to coal.

“The next two to three years will provide a critical window to cement and realize this commitment and pave a feasible path to the global renewable transition, particularly for many developing countries.”

YCW: Lastly, I would love to hear more about your takeaways from working on climate change and climate policy in China. What inspired you to get started in this area of work, particularly with Greenpeace, and what are some of your biggest takeaways from the past 10 years?

LS: I started my career in 2011 with an international relations and political science background and stumbled into the substantive, intersectional issues of energy, environment and the climate crisis. I began at Greenpeace covering international climate processes, including U.N. climate negotiations, which allowed me to apply my background (though it turned out that the theories are not so practical) and feel the political dynamics at play. I was definitely lucky, as, during the last decade, I’ve been able to witness a full cycle of domestic and international rebuilding and garnering political energy following failures at the Copenhagen Summit in 2009. I saw the building of a major political and diplomatic project that is the Paris Agreement, and throughout 2010-2015 this was a great learning experience for me. Similarly, between 2016 and 2020, I saw the “downs” of international climate momentum, most visibly demonstrated by Trump’s withdrawal from the Paris Agreement.

The current moment is a new, delicate chapter for global climate politics. It isn’t the “honeymoon phase” in 2015, nor is it filled with widespread Trump-era climate denial. In a way, the complexity makes my work in the current moment even more interesting than before. On one hand, the deteriorating relationship between China and the West makes engagement and cooperation much more complicated. On the other hand, if countries can’t get together to tackle the climate crisis — something that is truly in everyone’s self-interest — we may question whether there are other issues that they can progress on. For me, it is a blessing to work in the current moment on climate change, an issue where countries can still work toward the same direction, and they must.

The views expressed here are strictly her own.