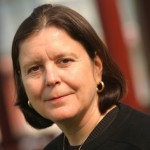 Linda Jakobson is the Founding Director and CEO of China Matters, an Australian public policy initiative. She spent 22 years in China working as a lecturer and foreign correspondent, as well as a program director at the Finnish Institute for International Affairs and Stockholm International Peace Research Institute (SIPRI). Before starting China Matters, she was the East Asia Program Director for the Australia-based think tank Lowy Institute for International Policy and a visiting professor at the University of Sydney. She is an internationally recognized China analyst and author, and has written six books on China and East Asia.

Young China Watchers (YCW): The publication of your new book, “China Matters: Getting it Right for Australia,” is aimed at the general Australian public. Why it is imperative that Australians understand China?

Linda Jakobson (LJ): It is because Australian prosperity and security are dependent to a large extent on Australia getting its relationship with China right. In order to engage with China on multiple fronts, from commerce, investment to culture and education, as Australians currently do, it is important for Australians to understand what kind of country China is, with all its complexities.

YCW: Australia the most trade-dependent country on China in the world, but also a key partner of the United States, with significant military, trade, and cultural ties. In recent years, Australian foreign policy has been guided by a sort of balancing act between these two countries—colloquially called the Australia-China-U.S. Triangle. How do you see Australia navigating the relationship in the near- to long-term?

LJ: It will get harder and harder, no doubt about that. As long as the United States and China manage their ties amiably, Australia’s balancing act will not be too demanding. But as tensions rise between Washington and Beijing, which inevitably they will, Australia will find it harder and harder to maintain an excellent relationship with both. However, it is not impossible. But it requires skill and much more effort on the part of Australians to understand China better. Australians need to know China as it does America.

YCW: In one chapter of your book, you and your co-author Dr Bates Gill address Chinese soft power. You introduce the various ways in which China has tried to project its influence—economic diplomacy, English-language Chinese state media (like China Daily and CGTV), and Confucius Institutes and Confucius Classrooms—all state-backed initiatives. Political scientists like David Shambaugh and Joseph Nye doubt that Chinese government projections of soft power will be effective, and claim that true soft power can only come from society. What do you make of this?

LJ: The term soft power is often used in a different way than its creator Joseph Nye intended. Soft power is the ability to attract. So, soft power is wielded to entice others in to one’s orbit on the basis of culture, politics, attitudes, values, technological advancement, pop culture and so on. On many fronts, Chinese culture and civilization attract. Think of the enormous contributions Chinese culture has made: think of Chinese cuisine; think of Alibaba; or, some of the finest films by Chinese film-makers. That is different than the efforts of the PRC to attract. The political system of the People’s Republic of China does not attract; hence the contradictory nature of PRC government efforts to wield influence in society. 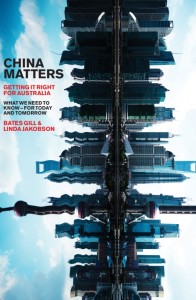 YCW: In your book, you also talk about foreign versus local observations of the Chinese Dream, and contend that most Chinese are more interested in pursuing their individual dreams. Is the Chinese Dream still a compelling device for the population? Has it drummed up new tensions between perception and reality?

LJ: I think Chinese people hope that China will become wealthy and strong again, but that does not mean that they endorse all the methods of the government of the People’s Republic of China to attain those goals.

YCW: When you first came to China in 1987, you saw firsthand how Chinese society was changing as a result of, among other things, Deng Xiaoping’s wide-scale economic reforms. Other than these reforms, which policy or decision do you think has had the greatest impact on the Chinese society we see today?

LJ: It is difficult to pinpoint one specific policy, but if pressed I think I would choose the opening of China. The fact that over 100 million PRC citizens travel abroad each year and hundreds of thousands go overseas for prolonged periods of study has fundamentally changed the outlook of Chinese people. The freedom of movement has brought about drastic changes in the lives of the Chinese people.

YCW: What advice would you give to students and young professionals interested in pursuing a policy career studying China?

LJ: Go to China. Live in China. Do everything possible to not only lean to speak and read Mandarin, but also reach out to various parts of society so you get to know a range of Chinese people.