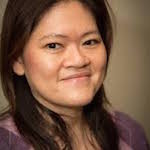 Dr. Lynette Ong is Associate Professor of Political Science at the University of Toronto. In 2012 she published her book “Prosper or Perish: The Political Economy of Credit and Fiscal Systems in Rural China.” Her current research examines urbanization, housing demolitions and land acquisition in China, and the implications for state power and state-society relations. She is also conducting a comparative project on land politics and development in China and India. Ong was previously an An Wang Postdoctoral Fellow at Harvard University’s Fairbank Center for Chinese Studies in 2009, after receiving her PhD from Australian National University.

Young China Watchers (YCW): Your 2015 Foreign Affairs article argued that President Xi Jinping’s anti-corruption campaign, centralization of power, and crackdown on dissent is weakening, rather than strengthening, the party. In light of the recent rumors around a letter calling for Xi’s resignation, how do you assess the strength of the party one year on?

Lynette Ong (LO): My assessment of a weakening party remains unchanged. We are not sure who actually drafted the letter. It could have been drafted by a “party insider” who is deeply dissatisfied with Xi’s tightening grip on power and crack down on corruption, or it might even have been written by an “outsider” posing as an insider, with the intention of stirring up anti-Xi sentiment. Regardless of who actually penned it, we know that dissent is on the rise and the party may be showing signs of cracks.

YCW: One of your research areas is protest politics in non-democratic settings. How do you see China’s attempts to revive a “grid management” of oversight over the population? What effect might this have on potential social unrest?

LO: The government has obviously invested a lot of resources in “grid management” to bolster urban governance. “Grid management” is about assigning the responsibility of managing residents in each grid to an officer. It is a mechanism that allows the government to better gather information about urban residents. With a deeper knowledge about individuals, the state will be able to better predict their behavior. It is about bolstering the state’s infrastructural capacity and, logically speaking, this will help the government to preempt social conflicts or resolve them more effectively.

However, this is a massive undertaking. The extent to which it could be successfully executed by grassroots government units in accordance to the plan is not entirely clear.

YCW: What is your assessment of China’s efforts to liberalize the land market in rural areas since the Third Plenum in November 2013? What are the main challenges in this area?

LO: Rural land reform is a hotly debated issue. Economists have been calling for the liberalization of rural land to allow for land-use rights to be freely traded and land to be used as collateral. There are some localities that have been designated as “local experiments,” but overall the central government is cautious or reluctant to proceed with reforms due to ideological reasons and vested interests. Liberalization or marketization of rural land rights will take away the last vestige of the socialist economy, therefore some policymakers oppose this reform on ideological grounds.

More fundamentally, many top-level government officials still perceive Chinese society as having an urban-rural dual structure. Once farmers are allowed to freely trade their land-use rights, they would flood the cities and take away the preferential treatments afforded to urban residents. It is not meaningful to discuss rural land liberalization without abolishing the hukou system that divides the population into rural and urban residents.

YCW: Turning to your current research, mass rural-urban migration is a major phenomenon in both China and India. One major difference is the 户口 (“hukou”) registration system you mentioned. How has this difference manifested itself in the migration flows in both countries?

LO: In China, rural residents are allowed to move to the cities to take up jobs only as “temporary” residents. But most of them are not afforded the subsidized public goods given to urban residents. China’s manufacturing boom was effectively driven by low-cost labor from the countryside, but these citizens are given less favorable treatment in the cities under a highly discriminatory policy.

YCW: India has struggled with the continued existence of urban slums and poor infrastructure development. What implications do this have for China?

LO: Very little. Conservative policy makers in China like to point to India and say, “If rural residents were allowed to move freely into the cities, we would see urban slums like in India, which could destabilize the cities.” Urban slums are essentially concentrated urban neighborhoods where a lot of poor people live. To a large extent, these neighborhoods could be widely found throughout Chinese cities. But they have not turned out to be self-governing enclaves (over which municipal governments have limited power) and crime-ridden neighborhoods because state power is much stronger in China than in India. The Communist Party is able to extend its governing capacity into poor urban neighborhoods—something the government in India is unable to do.

YCW: Can you offer any advice for those in the YCW network interested in studying or working in international development in China? What was your fieldwork experience like, and would you recommend any specific training or skills?

LO: I would recommend young people to invest some time in learning the language, culture, and society in China. Spend a year or two living in China, preferably in smaller cities with few Westerners, where you would be “forced” to interact with the locals, learn their language or sometimes dialects, and understand their ways of life. Be modest and be respectful of people’s culture. While the Chinese could benefit from international development experience, we also have a lot to learn from them.