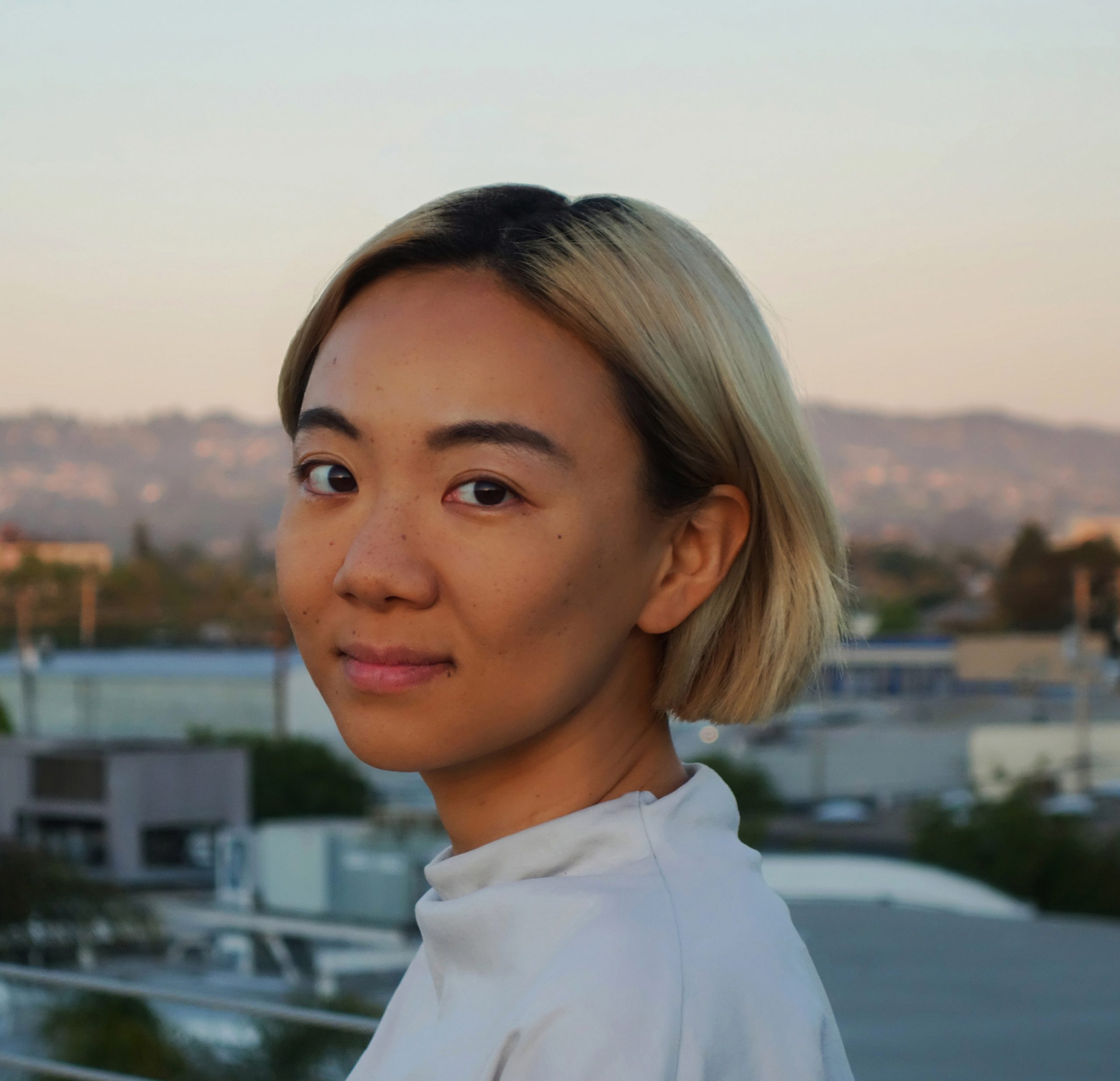 Xiaowei Wang is an artist, coder and writer. The creative director at Logic magazine, their work encompasses community-based and public art projects, data visualization, technology, ecology and education. Their projects have been finalists for the Index Design Awards and featured by The New York Times, the BBC, CNN, VICE and elsewhere. They are working toward a PhD at UC Berkeley, where they are a part of the National Science Foundation’s Environment and Society: Data Science for the 21st Century Research Traineeship.Their most recent book is “Blockchain Chicken Farm: And Other Stories of Tech in China’s Countryside” (FSG Originals X Logic).

Young China Watchers (YCW): What specifically interested you in using stories from rural China to talk about the global impact of tech?

Xiaowei Wang (XW): I was spending a lot of time in Shenzhen, which is the place you go to if you decide that you’re studying tech in China. When I ended up there, I noticed these threads emerging. I had talked to David Li, who is at Shenzhen Open Innovation Lab, and he was incredibly helpful in pointing me towards more interesting aspects of tech in China. He recommended I take a look at the countryside.

When you’re in Shenzhen, you realize there’s a ton of migrant labor.The stories of the urban villages (城中村) and of migration are so key to the making of China’s economic boom. I knew that side of the story and because I’m in the Department of Geography at Berkeley, we talk a lot about agriculture,landscape and land, so I was thinking about these smallholder farmers in China, the WTO, the globalization of agriculture and issues with food safety and security. That all culminated in me going to villages and alternating between the ethnographic research on the ground and reading policy documents about rural revitalization (乡村振兴).

“Blockchain Chicken Farm: And Other Stories of Tech in China’s Countryside” 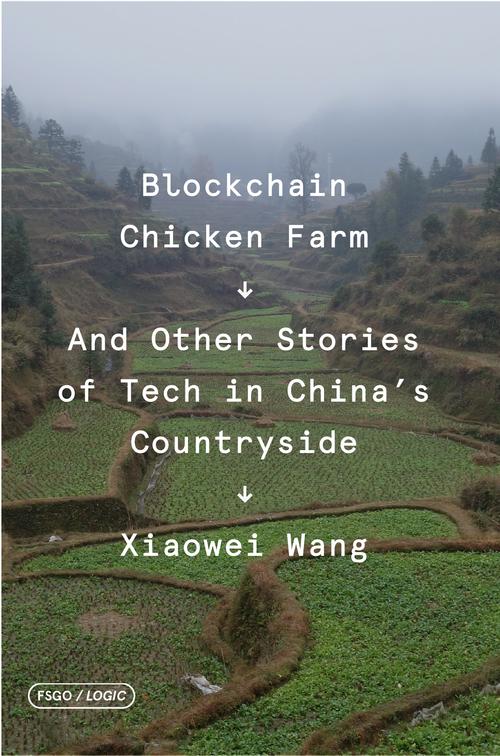 YCW: You argue that although we seem to view technology as “rational” and therefore lacking any ideology, the use of blockchain, machine learning and AI is in fact underpinned by the idea that distrust between humans is a fundamental characteristic of society. In your research, did you find that citizens in rural China thought about the ideological underpinnings of tech differently from those in Silicon Valley?

XW: I think it depended on the region and the type of rural farming that folks were engaged in. In the Taobao villages that I went to in Shandong, which is pretty friendly to industrial agriculture, there was more of that linear acceptance of “OK, we’ve entered capitalism, people are selfish, you’ve got to protect yourself against bad actors.”

Some of the less developed places that were doing rice-farming — especially in the south — were encountering market capitalism for the first time. There was still this sense of “Oh, maybe we can rearrange things. We’ve had this very specific village governance structure centered around our community and these very specific ways centered around the land for a long time.” I think there was less of an acceptance that everyone was in it for themselves.

XW: I think the advent of larger farms affects those both in rural China and in other places throughout Southeast Asia and India. Farming is incredibly difficult and incredibly uncertain but at the same time what is being asked of smallholder farmers across rural China is a lot. They’re being pushed to the opposite end of things because of global trade agreements and the need to feed China domestically and also have enough meat for the export and import quotas that are necessary on a global market. For farmers it’s an incredible amount of production and being asked to do certain things, like use a lot of pesticides and fertilizers.

There’s optimization at the machinery level, which requires consolidation of land, but then there’s also optimization of existing industrial agricultural practices like the one on hog farming I describe in my book. You’re essentially having AI help farm pigs and watch over pigs instead of a human watching on a TV screen.

With rice farming, everyone has their own rice paddy and you’re really tied to the land. Take the water infrastructure system for instance: If you’re damming off water or trying to take all the water from a certain area, your neighbour is going to get mad at you. With optimization, it forces you to put a lot of capital investment into this new technique, so you have to amass a larger amount of land. In terms of affecting their identity and how they relate to the community, once you take the step of putting in that much capital investment you really become a business person. You’re like “input, output, what are my calculations, how can I take out loans to expand?”. You’re not at the point where you’re just growing rice for your family and can sell off any surplus you may have. It’s a totally different scale and the pressure for people who take out loans is enormous.

YCW: Shanzhai (山寨）, originally a term used to describe counterfeit Chinese products, has now been recognized as a type of deconstructive innovation. How could wider adoption of shanzhai transform technological production and labor relations?

XW: In the U.S., one of our inalienable rights is to own private property — including intellectual property. That’s where IP comes from: You can own ideas in the same way you own land. It has created an ecosystem of tech in the U.S. where large tech companies are suing university students because university students are experimenting with a piece of hardware or software,opening it up and hacking on it. Those lawsuits are horrible for innovation and it gets to the point of absurdity. That’s the American context of why shanzhai is enormously important.

With an enormously complex, opaque piece of technology like a smartphone, if you broke it and wanted it repaired, you’d need to take it to a specialist and you’d need a specific machine to even open up the thin glass case. It’s designed to be opaque to you and irreparable. But with shanzhai tech, you’re really trying to think about other kinds of usage contexts. You’re innovating rapidly to respond to an actual need. A lot of the places I visited in Shenzhen said that an entrepreneur came to them and requested specific features. Take something like a modular phone: You could repair it even if you didn’t have specialized tools. I think it is very important for tech to become more transparent and accessible.

YCW: In the book’s last chapter, you discuss China’s “selling through livestreaming industry”(直播带货), wanghong (网红) culture and rural livestreaming through Kuaishou. You compare this to multilevel marketing schemes in the United States, arguing that both constitute a conflation of the self and the market that has shifted “care” into a commodity. What is the solution to this problem and do you think approaches would differ in China ?

XW: Being in the U.S., I see things online that make me think I’m in China. There’s a guy on TikTok who lives in rural Idaho and works at a potato farm and he created that viral Fleetwood Mac video. I thought that was so Chinese. I try not to be too cynical about it as people really feel like they’re connecting to someone through livestream, and especially in these times I’m not going to judge people for that. It does feel very circular and parallel, that this thing that’s happened in China is happening in the U.S. too.

In terms of urbanites it’s not surprising to me that this is becoming a part of everyday discourse in Chinese cities, but I don’t know if a lot of people outside China can even grasp that there is such a gap between urbanites and the countryside. In Chinese cities, it’ll probably get to the point of talking about logging off, maintaining your attention, mindfulness, etc. From anecdotal experience, Chinese parents are always saying, “Cut down your cellphone usage!” So that’s a constant. But for the countryside of China, tech is this new thing and it’s the first time some of these problems have been encountered.