When asked what made this summer’s protests different from others in Hong Kong’s history, Kris puts it simply: “People were willing to risk it.” He describes the protestors storming the Legislative Council as evidence of the people’s commitment, identifying June 9, 2019 as a turning point in the movement.

During their conversation on August 20, 2019, Sam and Kris discuss the future of the protests and what factors have allowed them to persist for three months and counting. They compare the 2014 and 2019 protests, pointing out the intensifying use of tear gas and force by police as well as the protestors’ resolve. They also cover the Hong Kong government’s relationship with Beijing and the possibility of China’s People’s Liberation Army (PLA) becoming involved in curbing protestors.

Kris highlights crucial components of an engaged civil society, including media literacy and healthy skepticism, which he believes will be hard to develop on a large scale in Hong Kong. He emphasizes the difficulty of changing minds and the public’s susceptibility to propaganda on both sides of the conflict.

For keeping up with the protests and other important coverage, Kris recommends Stand News, a Chinese-language news site with a focus on investigative features. 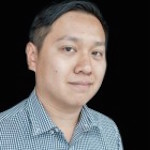 Kris Cheng is a Hong Kong journalist with an interest in local politics. His work has been featured in The Washington Post, Public Radio International, Hong Kong Economic Times and other publications. He has a BSc in Sociology from the Chinese University of Hong Kong. Kris is HKFP’s Editorial Director.